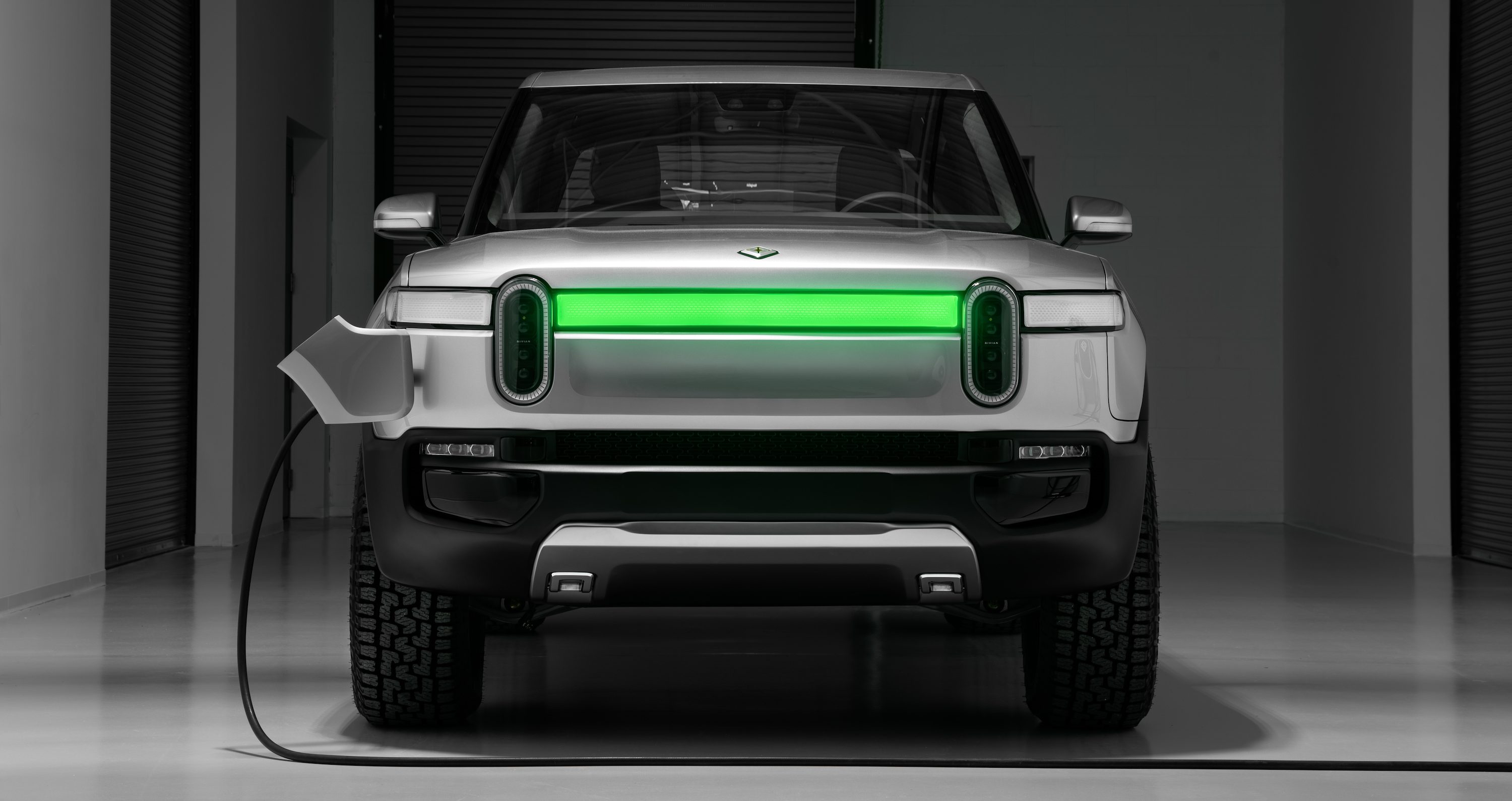 Charging electric vehicle batteries is a task that is universal for all EV owners. Electric car makers across different brands have placed their own flourish to make their EV charging system unique, such as Tesla’s lighted indicators for the Model S, X, and Model 3. Electric truck maker Rivian aims to do the same thing, and if a recent patent application is any indication, it appears that the company is looking to make its battery charging indicators extra-convenient and creative at the same time.

There are times when electric car owners will find it difficult to determine the status of their vehicle while its batteries are charging. This is especially true during long trips, when vehicles are parked at public charging stations. If an owner is getting a bite or having a cup of coffee at a cafe, for example, it would be difficult to determine if the vehicle is done charging. Mobile apps showing the status of a vehicle are great, but it would be extra convenient if owners are able to see the status of a charging vehicle at a glance.

This is the central point of Rivian’s recent patent, titled “Exterior Light and Charge Indicator.” Engineers at Rivian believe EV owners should be able to determine the amount of battery charge that their vehicle has from a distance easily. Thus, the company has designed a system using bright LED bulbs that could be seen from across a parking lot or charging station. These LEDs will be integrated into the vehicle itself, as part of its lights.

The Rivian R1T pickup truck and R1S SUV are equipped with a long light strip in the middle that’s flanked by two rounded lights. This light strip, as per press images from the electric truck maker, will be used as a primary battery charge indicator if the vehicle is charging. Rivian’s recent patent explains the further use of this light strip in the section below.

Such a system would likely give Rivian owners a pretty easy way to determine if their truck or SUV is finished charging, or if there are any issues with the vehicle’s charging session. The fact that the light strip is fairly large works in Rivian’s favor, as there is no doubt that the LEDs would be very visible from a distance.

Another interesting aspect of this new idea is the use of a proximity sensor that could be configured to detect the presence of a person. This sensor would work much like a motion detection system and would light up in the event that a person is within 50 feet of the charging vehicle. It also could utilize a cell phone’s Bluetooth signal to determine when the owner is near. This would then activate the light system that would allow the driver to determine the progress of the charge.

Rivian has released a number of patents within the past few weeks. As the company is gearing up for production of its R1T pickup truck to begin at the tail end of 2020, the Plymouth, Michigan-based company is seemingly putting the final touches on its vehicles before the first units are delivered to reservation holders. Following the R1T, Rivian is also expected to start the production of its seven-seater SUV, the R1S.