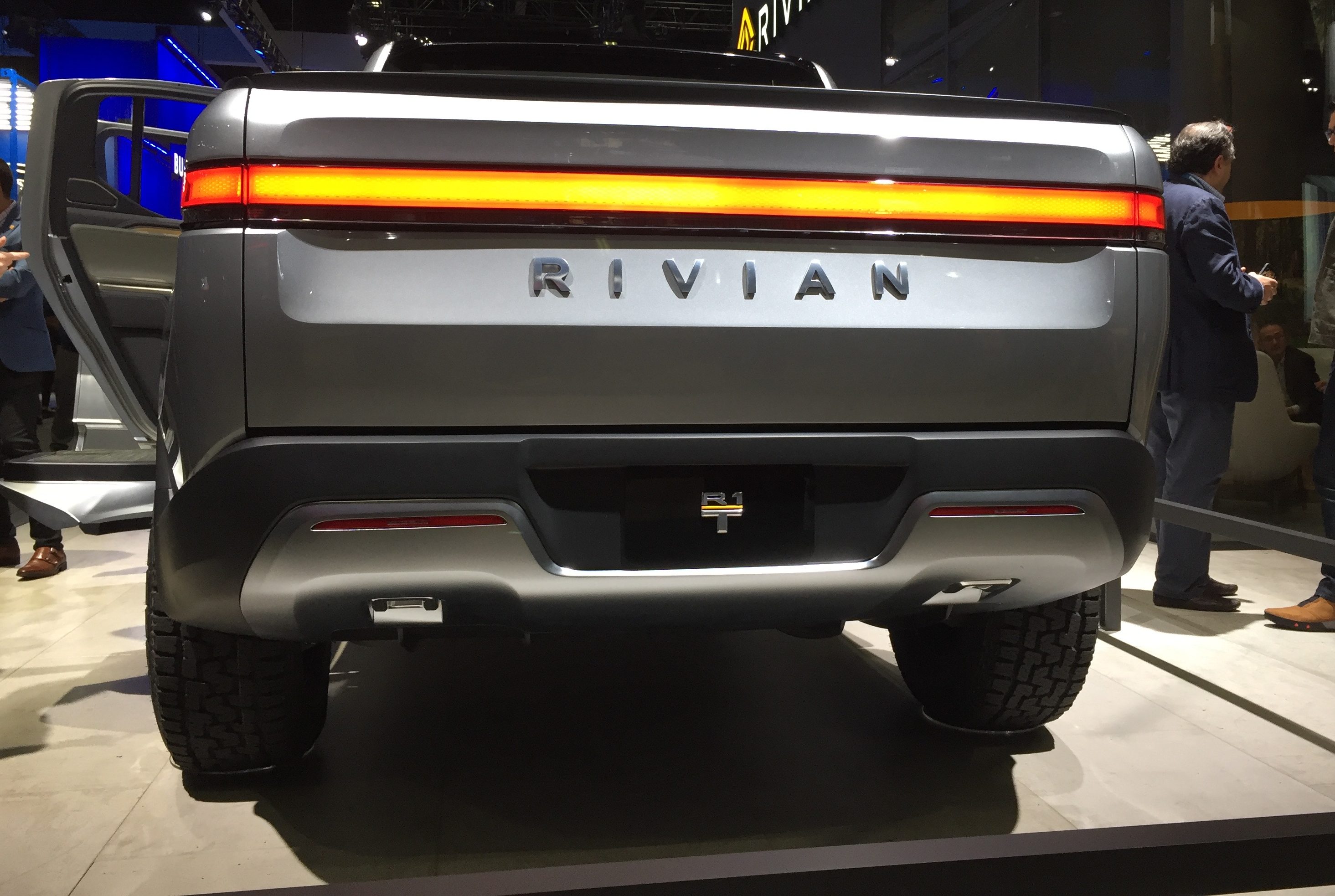 Electric car startup Rivian has submitted a patent for a “Swing and Drop Tailgate” door that would allow for easier access to the bed of the R1T pickup truck.

Rivian’s patent was inspired by a traditional truck’s tailgate door, which tends to restrict access to the bed of a pickup. The new design for the tailgate door utilizes multiple hinges, allowing several different trajectories of movement and multiple resting positions. The idea behind this patent is to improve upon the traditional truck bed door design, a concept Rivian feels has drawbacks.

“One drawback to this motion is that the tailgate now protrudes rearward of the vehicle, blocking the user from standing closer to the vehicle,” the patent states.

Other truck manufacturers have seen this traditional door as a drawback and have utilized a door that opens from the side with a hinge, a setup that’s pretty much identical to a regular door that’s used in homes or buildings.

However, Rivian argues that this idea also has its issues, citing the need for excessive amounts of space to open the side-hinged door. “Other motions of a tailgate, such as a side-hinged tailgate that opens to the side may allow a user to stand closer to the vehicle, but this motion requires significant clearance and does not allow the increased horizontal space that the dropped down tailgate provides. It would be desirable for a tailgate to be capable of more than one motion, along more than one trajectory, to more conveniently adapt to a user’s needs,” the patent’s description added.

Illustrations of the new tailgate patent from Rivian show the door having the ability to open much like a traditional tailgate, but also the ability to swing down behind the rear of the vehicle. This would give a person trying to gain access to the bed the ability to get closer to the truck, allowing for easier loading and unloading of items on the R1T’s primary cargo area. 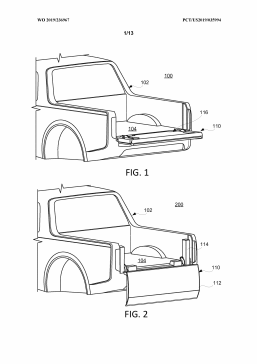 Rivian’s “Swing and Drop Tailgate” design ultimately allows the R1T’s tailgate to move in multiple different ranges of motion. This design brings several advantages, with its different movements and trajectories allowing users to not worry about the space available around them. Rivian discusses these advantages further in its patent.

The initial production dates of the Rivian R1T pickup are scheduled for late 2020 or early 2021 according to RJ Scaringe, the company’s CEO. The truck has been available for viewing at a number of Rivian’s reservation holder events and will also be on location at the Fully Charged event in Texas in February 2020. The electric pickup sports an impressive 750 horsepower, three feet of wading depth, 0-60 MPH in three seconds, and a 400+ mile range on its highest-tier variant.