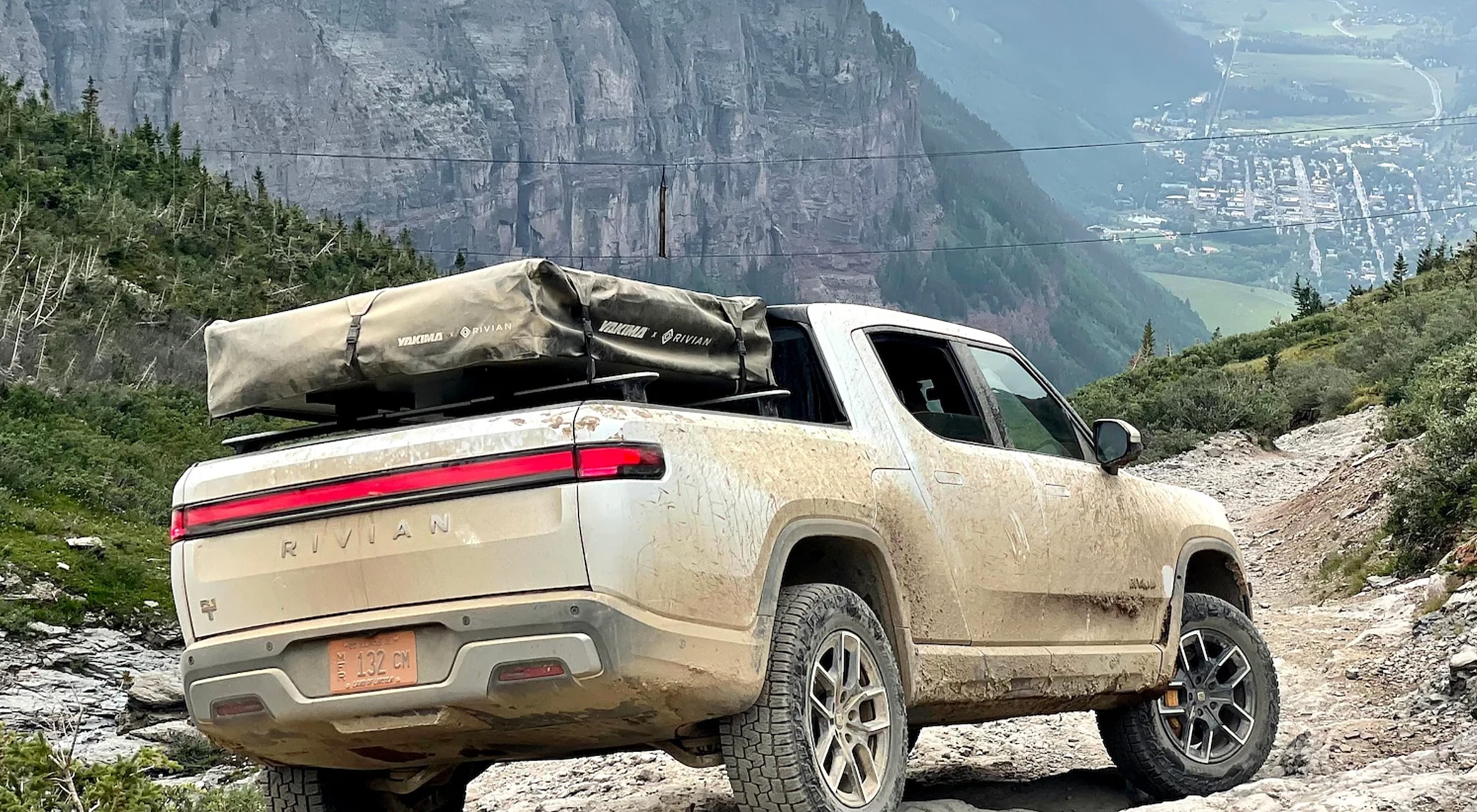 Rivian’s Gear Shop is live just as the company prepares to price its initial public offering on Tuesday. The items in Rivian’s Gear Shop remind customers of its main purpose: to allow people to have outdoor adventures while also preserving nature for future generations.

The Gear Shop reflects Rivian’s approach in the electric vehicle market. The shop features T-shirts, sweatshirts, and caps with Normal, Illinois printed on them, almost like one of the souvenirs tourists buy during trips to new and fun places. There are also some T-shirts and caps that simply feature Rivian’s logo.

While all the Rivian shirts and caps are great for owners and supporters of the company, the most interesting part of the Gear Shop would be the actual gear available for purchase. The Rivian Camp Kitchen x Snow Peak Package is perhaps the perfect example of the company’s vision for the Gear Shop. The package includes three accessories: The Camp Kitchen, the Rivian Gear Tunnel Shuttle, and the Snow Peak Kitchen Set.

The Camp Kitchen is a modular kitchen that gives Rivian R1T owners a functional kitchen during outdoor adventures. The kitchen takes up 1,440 watts of power to run. It has a two-burner induction cooktop that Rivian claims can heat up a pot of chili quickly and still stay cool to the touch. The modular kitchen also comes with a 4-gallon water tank.

The last piece of the package is the Snow Peak kitchen set. It is a 30-piece set that fully compliments the Camp Kitchen. The Snow Peak kitchen set includes cooking accessories like a nylon & bamboo spatula, a nylon ladle, a kettle, and knives. The set also includes a 4-piece cutlery set, bolts, plates, and six mugs. And Rivian didn’t forget to add some lighting into the set either, as it comes with a string of lights and a pole.

Rivian hasn’t listed the price of the Rivian Camp Kitchen x Snow Peak Package. However, the Gear Shop states the package is coming soon, and shipping is free in the United States.

Along with a kitchen, Rivian also thought of accommodations while owners are enjoying nature. The Gear Shop listed a three-person tent package, which includes a ladder, cargo crossbars, and a 2.5” thick wall-to-wall foam mattress. The crossbars are required to mount the tents onto the R1S or R1T.

Another notable item in the Gear Shop would be Rivian’s Field Kit. The Field Kit costs $150 and fits snugly along the passenger door of the R1T pickup. It contains emergency care items like bandages , burn shield dressing, disposable gloves, gauze pads, and a finger splint.

Rivian’s Gear Shop is full of other accessories that could enhance someone’s outdoor adventures. Rivian will probably release more accessories and maybe even appropriate apparel for outdoor adventures in the future. The company’s founder and CEO RJ Scaringe has stated in the past that he would like Rivian vehicles to have a “Patagonia-like feel of enabling adventure.” It stands to reason that the same goes for the items Rivian releases in its Gear Shop.