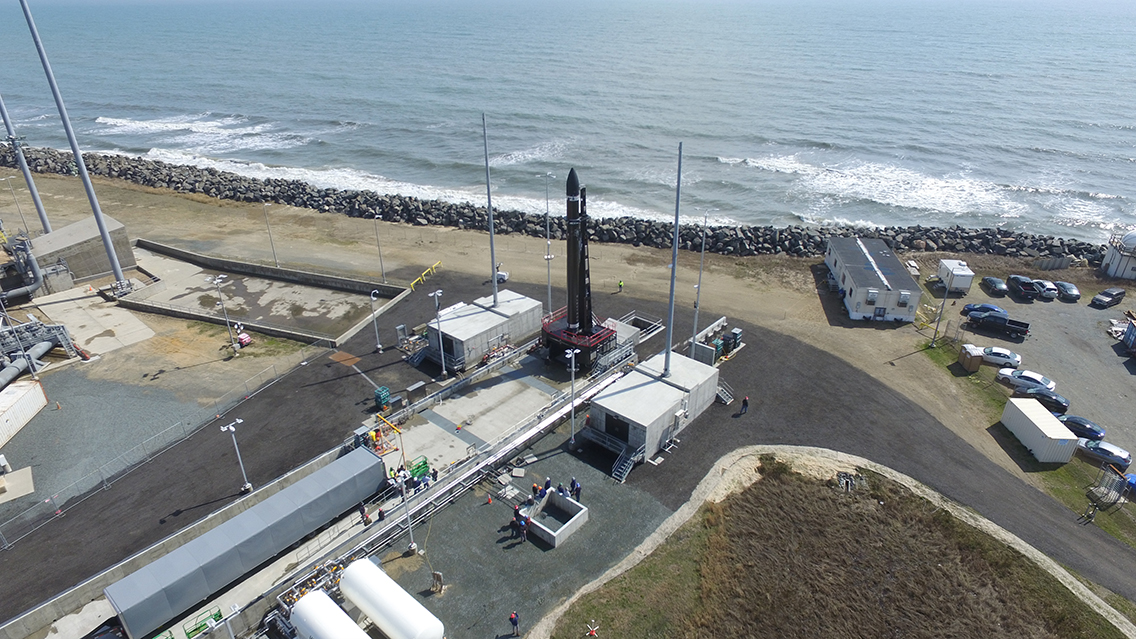 Just nine weeks after the conclusion of the incident investigation, following its successful return to flight, Rocket Lab has announced that it has been granted a five-year Launch Operator License – permission to launch multiple missions a year – by the Federal Aviation Administration (FAA) for its new Launch Complex 2 in Virginia.

“I Can’t Believe It’s Not Optical,” Electron’s Return to Flight

The thirteenth flight of Electron “Pics or It Didn’t Happen” on July 4 began with a flawless launch from Launch Complex – 1A (LC-1A) in Mahia, New Zealand. During the flight of the second stage, there were indications that Electron had experienced a critical malfunction. Telemetry data confirmed that Electron had encountered an in-flight anomaly that ultimately resulted in the company’s first mission failure and loss of seven customer payloads.

The root cause of the anomaly was quickly tracked down to a single bad electrical connection on the second stage. Less than a month after the incident, Rocket Lab announced that it was able to reconstruct what occurred, make the necessary corrective measures, and ready to return Electron to flight.

Just a few short weeks later on August 24, Electron was on pad LC-1A in New Zealand for pre-flight testing ahead of its fourteenth – and return to flight – mission “I Can’t Believe It’s Not Optical.” The dedicated mission for San Francisco-based information services company, Capella Space, carried a single microsatellite called “Sequoia” to a circular orbit at approximately 500km.

According to a statement provided by Rocket Lab, Sequoia is the “first synthetic aperture radar (SAR) satellite to deliver publicly available data from a mid-inclination orbit over the U.S., Middle East, Korea, Japan, Europe, South East Asia, and Africa.” Sequoia is the first microsatellite in a constellation series that Capella Space says will “provide insights and data that can be used for security, agricultural and infrastructure monitoring, as well as disaster response and recovery.”

The success of “I Can’t Believe It’s Not Optical” marks the thirteenth successful mission and the deployment of Sequoia makes a total of 54 satellites delivered to orbit since Rocket Lab began operation in 2017. Rocket Lab founder and chief executive officer, Peter Beck, congratulated Capella Space on the successful deployment of its first microsatellite and celebrated the entire Rocket Lab team stating that “I’m also immensely proud of the team, their hard work, and dedication in returning Electron to the pad safely and quickly as we get back to frequent launches with an even more reliable launch vehicle for our small satellite customers.”

FAA certifies Electron launches from the US

In addition to LC-1A in New Zealand, Rocket Lab broke ground on a second launchpad located in the United States in late 2018. The launchpad was declared complete in December 2019.

Although operational, Launch Complex 2 located at the Mid-Atlantic Regional Spaceport within NASA’s Wallops Flight Facility on Wallops Island in Virginia still had a few milestones to achieve ahead of the first scheduled launch. In April 2020 an Electron rocket arrived at the pad for integrated systems tests. Two major hurdles left to clear ahead of launching an Electron from LC-2 was receiving a launch operator license from the Federal Aviation Administration (FAA) and receiving NASA certification of the Electron’s Autonomous Flight Termination System (AFTS).

On Tuesday, September 1, Rocket Lab announced that it had received a new 5-year Launch Operator License from the FAA. The license permits California-based launcher and space systems company to launch the Electron rocket from LC-2 multiple times a year without applying for a new license with every launch. This in addition to the Launch Complex 1 license means that Rocket Lab is now licensed to support up to 130 flights of Electron per year.

In addition, LC-1 is expected to expand and bring a second launchpad online, launch complex – 1B, sometime before the end of the year. Beck said, “Having FAA Launch Operator Licenses for missions from both Rocket Lab launch complexes enables us to provide rapid, responsive launch capability for small satellite operators. With 14 missions already launched from LC-1, Electron is well established as the reliable, flight-proven vehicle of choice for small sat missions spanning national security, science and exploration.”

Launch Complex 2 was specifically designed to support responsive missions for NASA and the United States government. The first mission from LC-2 is slated to lift the microsatellite STP-27RM for the United States Air Force as part of the Space Test Program. In 2021 Electron will send NASA’s CAPSTONE mission to a “Near Rectilinear Halo Orbit” (NRHO) around the Moon in support of NASA’s Artemis program.

On Thursday, September 3, Rocket Lab founder Peter Beck will host a webcast to provide an “exciting update” and discuss “the next chapter” of Rocket Lab. The webcast will go live at 2:00 pm ET (18:00UTC).