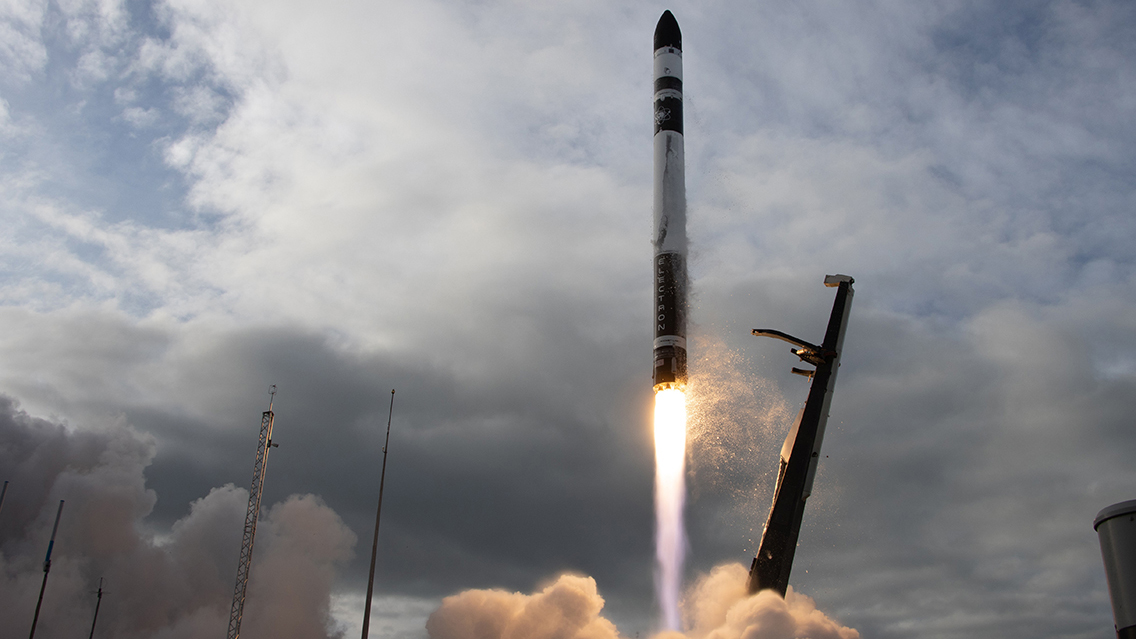 Less than a month after the complete loss of customer payload due to an in-flight anomaly, Rocket Lab has announced that it is ready to return its small-class Electron rocket to flight. Company CEO, Peter Beck, during a media briefing Friday (July 31) said that the Electron second-stage “re-entered the atmosphere and burned up” resulting in a failed July 4 launch of the Electron and complete loss the customer payload of seven small satellites. Beck went on to state that through a collaborative investigation with the Federal Aviation Administration Rocket Lab was “able to quickly reconstruct what happened and the AIB board (Accident Investigation Board) was able to confidently narrow down the issue to a single electrical connection.”

The thirteenth flight of the Electron carried seven small satellites, all Earth-imaging inspiring the “Pics Or It Didn’t Happen” mission name. The rocket initially experienced a flawless launch from the company’s Launch Complex-1A on New Zealand’s Mahia Penninsula and everything seemed like it was going to plan until the video feed cut out unexpectedly shortly after the nominal ignition of the second-stage which was intended to carry the payloads to orbit.

The launch was completely event free during the first-stage ascent, stage separation, second stage ignition, and payload fairing jettison, then trouble occurred. Beck stated that the electrical connection that went bad during the second-stage of the flight was “incredibly unusual because it was able to evade all of the pre-flight acceptance testing.” Beck went on to explain that “while all of the testing showed no issues, after a period of time one of the joints had high resistance and that high resistance led to heating. That heating then led to thermal expansion of one of the components. That thermal expansion and heating enabled some of the potting components – that are around that joint to keep it secure from vibration – to flow.”

Once the potting compound used to secure electrical connections was able to heat up and essentially melt – or began to flow – the electrical connection become unsecured and led to the interruption in electrical current throughout the second-stage. Beck stated that “when the video stops (in the webcast) is exactly the point (of failure).” Although the video cut out, Rocket Lab ground stations continued to receive telemetry data of the flight’s progress due to the amount of redundancy with the systems aboard Electron “telemetry is the only way you can reconstruct this stuff so we have a very high priority of those (data) channels” Beck said.

With the immense amount of data that was received during the flight and throughout the second-stage shutdown Rocket Lab was able to quickly determine the cause of the error and perform tests to determine exactly what occurred during the failed flight. “The vehicle as it flies every flight has just a huge amount of instrumentation. That coupled with a graceful shutdown coupled with full telemetry stream throughout the whole anomaly, we were really able to quickly reconstruct what happened” Beck said.

The vast amount of data and the ability to sufficiently replicate the incident now means that Rocket Lab has a plan of action in place to mitigate any failures – of this nature – on future missions. “We can actually mitigate (the anomaly) very easily through a slight change in production processes, but more importantly we can screen for it in our current vehicles and stock through more in-depth testing procedures.”

To that end, the Rocket Lab Electron is set to return to flight in August, an impeccable turn around time following an anomaly investigation.”I’m very proud of the way the team has been able to identify this issue and rectify it so quickly” Beck said. He gave high praise to the entire Rocket Lab team for relentlessly working toward determining, not only the cause of the anomaly but working toward a solution for a quick return to flight. “Literally ten minutes after we saw some anomalous behavior during the flight, the team already started to work it and they haven’t stopped. They’ve been relentless” Beck said.

The customer payload that will fly aboard the return to flight and fourteenth mission of Electron launch is expected to be announced very soon. Rocket Lab did state that following a successful launch from the LC-1A complex in New Zealand, the following mission would be the first to take place from the brand new Launch Complex 2 located at the Mid-Atlantic Regional Spaceport at NASA Wallops in Virginia. Although an American private company, Rocket Lab predominately launches from New Zealand. The upcoming mission will be the first Electron flight to occur from American soil.

Beck closed the media briefing by stating that Rocket Lab looks forward to returning to operational status and launching Electrons every month, if not bi-weekly. He expressed that Rocket Lab is looking to the future and hopes to achieve a full recovery effort of the first stage booster via a helicopter and a specially designed grappling hook with the seventeenth flight of Electron. He also hinted that “there’ll be a couple of other little surprises as well, as we execute some other programs that have been cooking up in the background.”