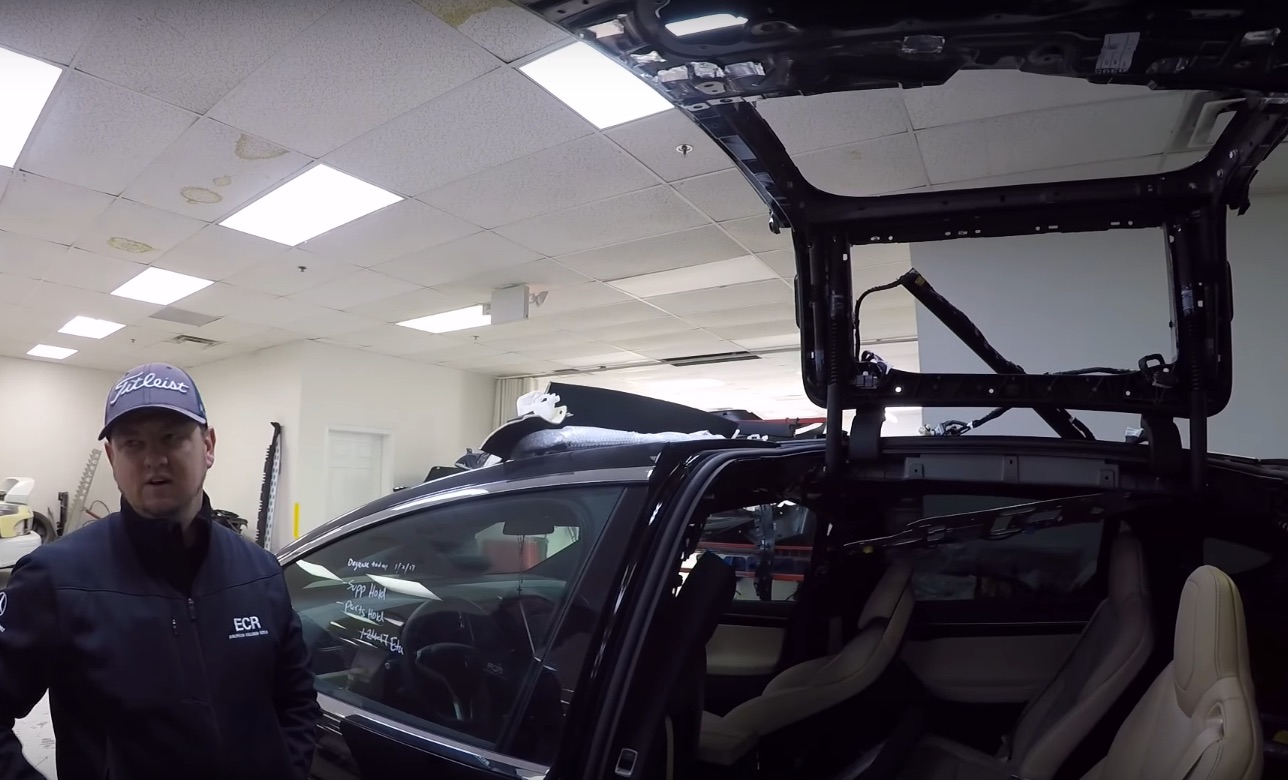 When the couple behind YouTube channel Like Tesla discovered a small ding on the Falcon Wing door of their silver Model X, they got an education about how the complex doors operate directly from a Tesla certified body repair shop.

The video shows Andrew Suggs VP of European Collision Repair (ECR) in Sandy Springs, Georgia, giving a rare inside look at a Model X’s dual-hinged door that has gone through a partial teardown. Tesla certified auto body repair shops must undergo a three week long self paid training session (approx. $2,000 per technician) at the Tesla factory in Fremont, California. An entire week is dedicated towards learning about the intricacies with working on the Falcon Wing doors, says Suggs.

Before beginning the dent repair, Suggs reveals where sensors are located on the doors, using another Model X that was also in for repair. There are ultrasonic sensors along the bottom edge of each door but the real secret is found in the middle of the door. There are “three little pods” — sonar sensors that control how much the door hinges in the middle as it opens. They tell the central computer how far the door can extend away from the body of the car without encountering an obstacle.

Unlike traditional swing-open type gull wing doors typically found on sports car exotics, Tesla began considering the use a dual-hinged design that allows the Falcon Wing door to articulate upward before moving outward. That ability is made possible by an array of electronic sensors that’s capable of detecting nearby objects.

Here’s a rare inside look at the mechanics behind the Model X Falcon Wing doors, courtesy of Like Tesla.