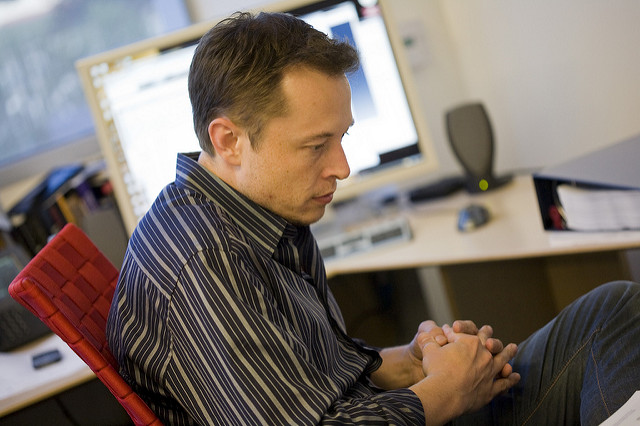 Anyone that can break the cycle of bureaucracy and nay-sayers to get a country focused on things that are super important, things like clean energy and planetary exploration, is a hero in my book. For Elon Musk and the few others like him, wanting something “too bad” isn’t a weakness because the very things you want require that kind of commitment to be attainable. The proof of that concept? Four words: “The Falcon has landed.”

When I was a kid, I wanted nothing more in the world than to be an astronaut. I just knew it was my “calling”. I fed my space addiction as much as the school’s library would allow me to, and I couldn’t even fathom why every other kid in my grade didn’t want the same thing. I still remember laughing when one of them said he didn’t know who Neil Armstrong was, thinking it was a joke, and then being completely floored when he asked me why he should care about some “old” dude. Columbia Commander Eileen Collins by NASA on The Commons is provided with no known copyright restrictions.

I was a total geek. I have no problem admitting that. I had even managed to convince my parents to send me to Space Camp in Huntsville, Alabama where I was selected to be my session’s shuttle commander. This was years before Eileen Collins had become the first female shuttle commander, so it was a big deal to me.

One day, another student told me that I would never become an astronaut because I wanted it “too bad”. I still hate that she was right, but I really can’t hate the reasons why it came to be true. Genetics are genetics, and not meeting a five-foot-four threshold combined with not having twenty-twenty vision are more or less non-starters for the space cowboy wannabes out there. Then life happened, I went down another path (or seven), and the shuttle program was shut down before I ever got the opportunity to see a launch in person.

Mars and Musk for the “Win” Apollo 8 Liftoff View by Project Apollo Archive is provided as part of the public domain.

When I finally made it to the Kennedy Space Center in Florida, it was the same week the very last shuttle had landed. As I stood in the bleachers where hundreds of others had sat to watch rockets take to the sky, gazing out at the launch pad that had held so much human spirit on it, I suddenly felt it again. The “calling”, renewed now with a slightly different purpose. Then I turned to my mostly disinterested brother and said, “Mike, this is my manifesto. One day, I’m going to be part of the effort that takes man to Mars. I got here too late for the moon and too late for the shuttle, but I’m not gonna give up. It’s too much a part of who I am, even today.” He laughed at me, of course, and probably rolled his eyes, but I wasn’t watching him. I was dreaming again. The Final Shuttle by Brent Newhall is licensed under CC by 2.0.

That’s where Elon Musk came in for me. Cool rich guy does cool stuff with his money in an attempt to go cool places with his rockets, right? No, not really. It wasn’t that simple. I will even admit it took me a fairly long time to actually follow what he was doing. The words “commercial” and “space” just didn’t really mesh well together in my head. What could a business mentality really bring to the spirit of human space exploration that was pure enough to be worthy?

It took an interview with Elon on an episode of StarTalk Radio, hosted by Neil DeGrasse Tyson (your personal astrophysicist), to finally “get” what was special about him. This guy’s main concern in life was advancing humanity. It really seemed to me that money was a means to an end for him, not the end itself, and that was something I could respect in a big way. After that, it didn’t take very long for fascination to set in, and now I consider him to be one of my heroes. “Hero” is a word that tends to be thrown around a lot, but I think in this case it is definitely deserved. It’s about breaking the cycle. The space industry is heavy with bureaucracy, inefficiency that drives high costs, and “big guys” happy to stand in the way of any other “guys” hoping to get in on the action. New technology means less job security for those doing things the way it has always been done, and long-standing relationships between the “big guys” and NASA have kept the “little guys” focused mostly on space tourism rather than pure scientific pursuit or pushing the boundaries of what can be done and where we can go.

Enter Elon Musk with SpaceX. He decides he’s going to launch rockets that are better, cheaper, flown more often, and with Mars as the ultimate goal. Shockingly, it doesn’t entirely even matter to him whether he succeeds or not. It’s just that important and must be tried. He didn’t get into the space business to make money; he got in for sake of all of us. Exploration Imagery by NASA on The Commons is provided with no known copyright restrictions.

To be fair, Elon is not entirely unique in his desire to explore other planets, especially Mars. I remember watching an IMAX film during my week at Space Camp that had fantastic visuals explaining how we could terraform our red neighbor. I even remember thinking, “Oh, great! We do have a plan.” In reality though, we didn’t have a plan, or at least didn’t until Elon’s effect inspired people to demand one.

Anyone that can break the cycle of bureaucracy and nay-sayers to get a country focused on things that are super important, things like clean energy and planetary exploration, is a hero in my book. For Elon Musk and the few others like him, wanting something “too bad” isn’t a weakness because the very things you want require that kind of commitment to be attainable. The proof of that concept? Four words: CRS-8 first stage landing by SpaceX is part of the public domain.

“The Falcon has landed.”

So that’s my angle, my two cents – whatever you want to call it. With SpaceX and Elon taking so much initiative, our future in the final frontier is finally happening again, and I am excited to both have the opportunity to watch everything unfold and to share my thoughts as it happens. I do plan on joining the effort directly, but more on that later. For now, the headlines are filled with the “next steps”, and there’s much to be said about them.