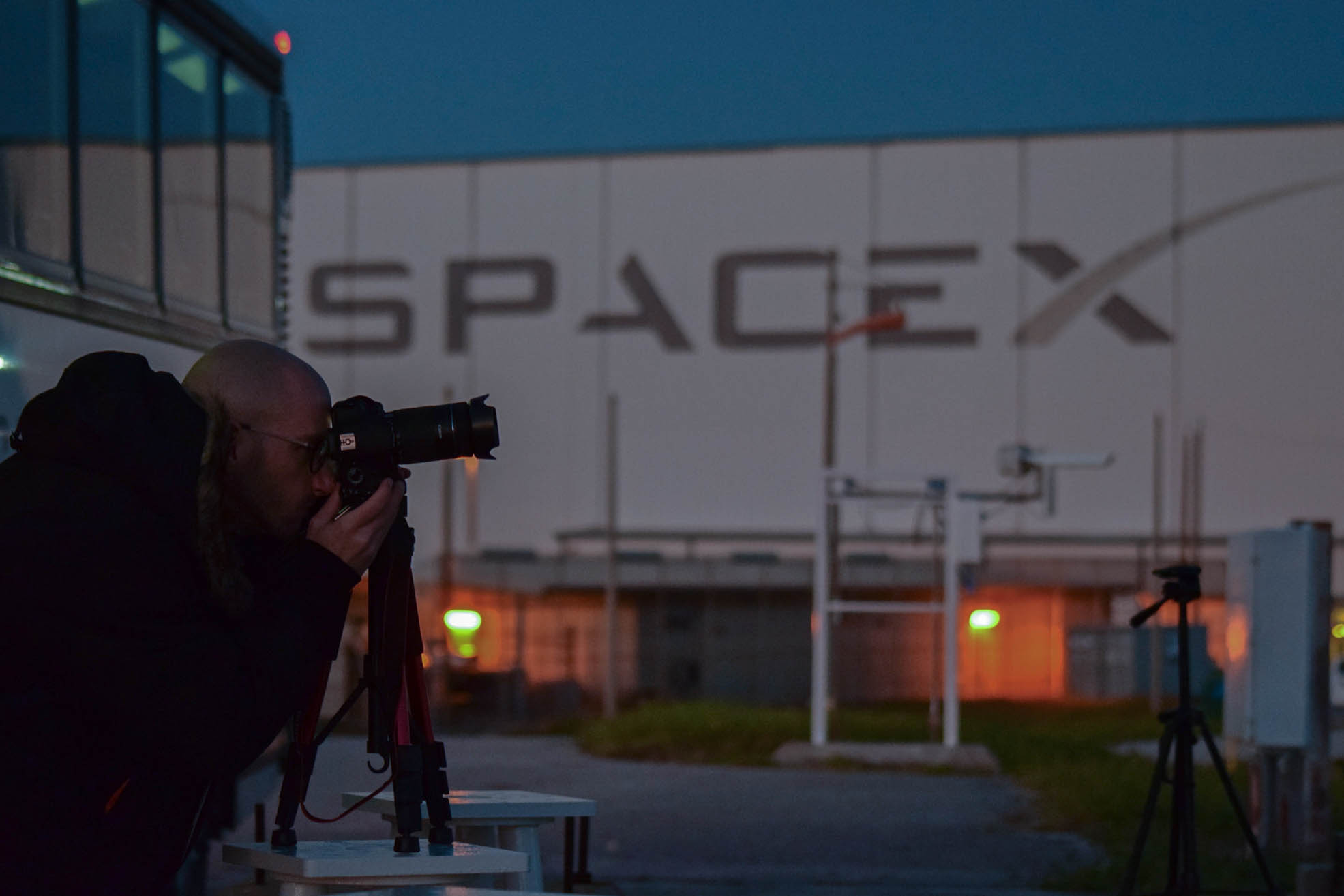 After some 24 hours of total silence from all parties involved, dubious rumors began to trickle out on the afternoon of January 8 suggesting that SpaceX’s launch of Northrop Grumman’s highly secretive Zuma payload had somehow failed. Without hesitation, otherwise reputable outlets like CNBC and the Wall Street Journal immediately published separate articles claiming that lawmakers had been updated about the mission and told that the satellite had been destroyed while reentering Earth’s atmosphere. Having completely failed to both make it to orbit and “perfectly” separate from SpaceX’s Falcon 9 second stage, these articles implicitly placed the blame on SpaceX.

Claims of Zuma’s failure to properly separate from the second stage of the rocket led immediately to suggestions that SpaceX was at fault. The satellite’s manufacturer, Northrop Grumman, also refused to comment due to the classified nature of the mission, and the company may well have had their hands tied by requirements of secrecy from their customer(s). Immediately following these quick revelations, SpaceX was understandably bombarded with requests for comment by the media and furnished a response that further acknowledged the off-limits secrecy of the mission. However, SpaceX also stated that the company’s available data showed that Falcon 9 completed the mission without fault. 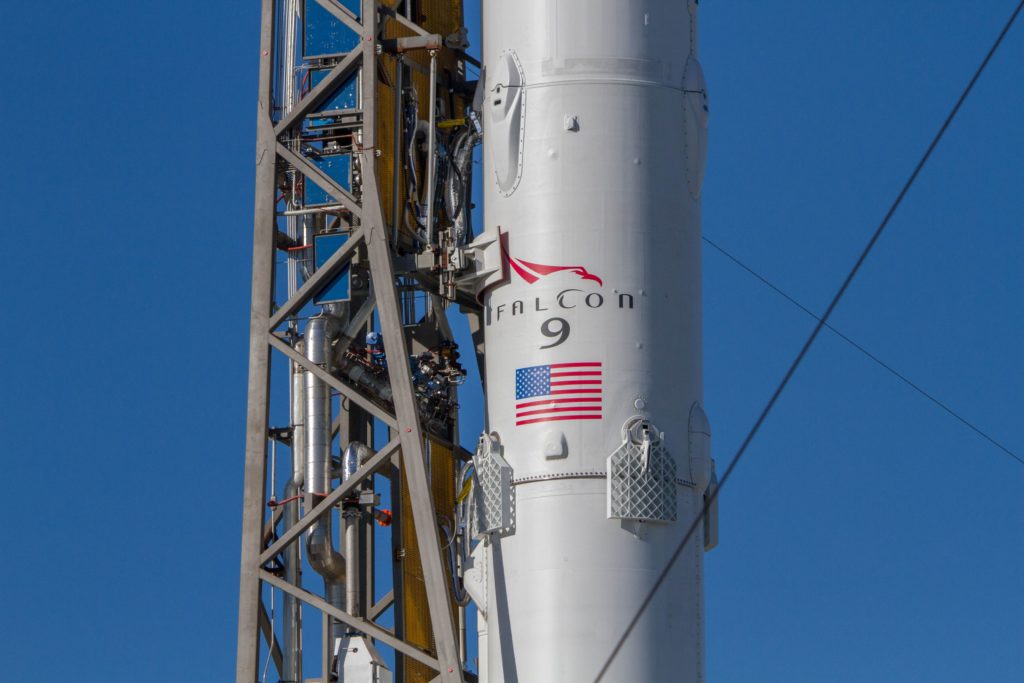 Falcon 9 1043 and its Zuma payload are ready for launch once again, this time from the brand-new LC-40 pad. (Tom Cross/Teslarati)

Without any background knowledge of spaceflight, this flurry of reporting and corporate comments would seem to be perfectly reasonable and unsurprising. However, the barest application of simple logic and orbital mechanics (what is actually involved in launching satellites to orbit) would have almost completely invalidated the information purportedly given to them.

Around the same time as claims of complete failure and satellite reentry were published, amateur spy satellite trackers had already begun the routine task of tracking and cataloging Zuma’s launch and orbit. Following Ars Technica’s breaking (and thankfully even-keeled) article on whispers of failure, reputable journalist Peter B. de Selding corroborated the rumors with reports that Zuma could be dead in orbit after separation from SpaceX’s upper stage. These facts alone ought to have stopped dead any speculation that Zuma had reentered while still attached to the Falcon 9 upper stage, and this was strengthened further by Dr. Marco Langbroek, who later published images provided to him that with very little doubt showed the second stage in a relatively stable orbit similar to the orbit that might be expected after a nominal launch.

This is the image taken by Dutch pilot Peter Horstink, from his aircraft over Khartoum near 3:15 UT, 2h 15m after launch.
This is probably the Falcon 9 venting fuel.#Zuma pic.twitter.com/EEsl7e1sQP

Further complicating claims that the satellite failed to separate, Northrop Grumman had explicitly required that they be allowed to furnish the payload adapter for the Zuma mission, meaning that SpaceX was not responsible for connecting the satellite to the second stage, nor separating it after launch. In other words, if the satellite failed to separate, it would appear that SpaceX could not be easily blamed. However, regardless of these facts, SpaceX’s COO Gwynne Shotwell issued a thoroughly blunt and explicit statement earlier this morning, January 9. In no simple terms, she pegged rumors implicating SpaceX as the source of failure as “categorically false.” More importantly, she reiterated the simple facts that Falcon Heavy’s static fire and launch campaign were proceeding apace, and further stated that an upcoming launch of a communications satellite for SES and the Luxembourg government was also proceeding nominally for a launch around the end of January. 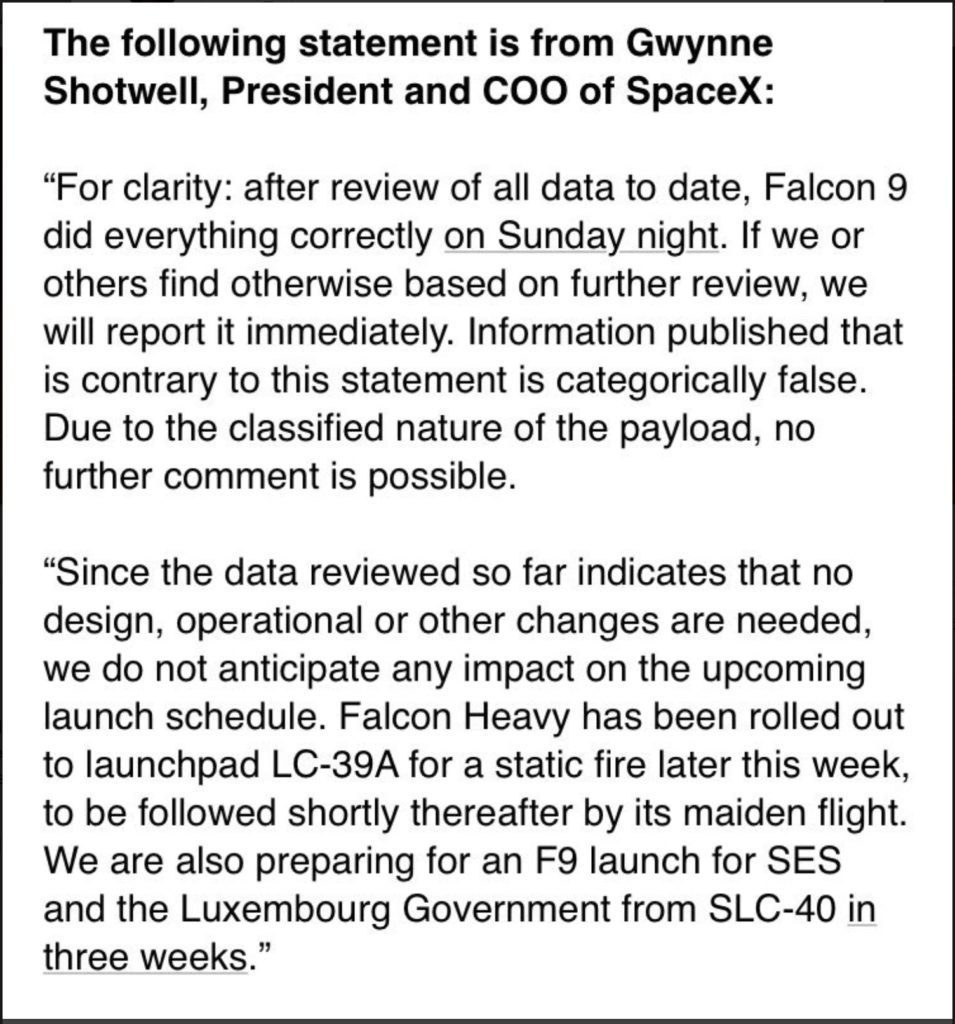 Quite simply, if SpaceX’s hardware had suffered any form of anomaly, let alone issues serious enough to destroy a customer’s payload, all future launches would be immediately and indefinitely postponed, and all customers would be simultaneously notified of Falcon 9’s grounding. The last thing that a launch company would do in such an event is to allow a respected executive blatantly and publicly lie to the media about a long-time customer’s imminent launch date. For satellite communications companies like SES, delayed launches can cause major problems for shareholders and throw a multitude of wrenches into the fiscal gears, as delayed launches cost money on their own. They also delay the point at which any given satellite can begin to generate revenue. 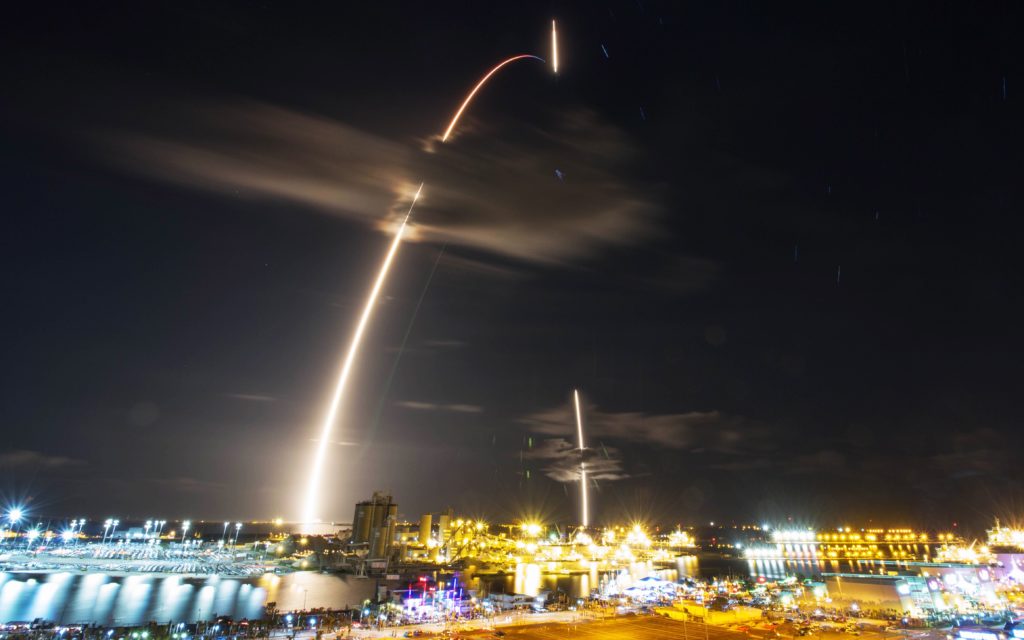 While current information almost unequivocally suggests that SpaceX is in the clear, there has yet to be any official confirmation that the Zuma satellite is in any way dead or has actually failed. This is par for the course of classified government launches, and Zuma’s launch campaign was even more secretive and eccentric than usual – we still have no idea what government agency or agencies are responsible for the mission. And the satellite’s manufacturer was explicitly provided only a few minutes before its launch. Any publication with experience dealing with military topics and news would explicitly understand that any ‘leaked’ information on highly classified topics is inherently untrustworthy and ought to be handled with the utmost rigor and skepticism.

In reality, the most we will ever likely know about these mysterious events will be provided in a handful of weeks by amateur satellite trackers: if they find a new object motionless in the expected orbit, leaks of Zuma’s abject failure will be largely corroborated. If nothing appears in that orbit once the satellite is expected to be visible, it can be reasonably assumed that Zuma reentered the atmosphere at some point, also hinting at a total failure. It can be said with some certainty that if Zuma failed to detach from Falcon 9’s second stage, SpaceX would delay its planned reentry indefinitely until all conceivable attempts to salvage the mission had been analyzed. Observations from pilots and people on the ground suggest without a doubt that the second stage reached a stable orbit, and once in that orbit, reentry could be delayed for weeks or months if the stage was not intentionally deorbited. Dr. Langbroek discusses these possibilities in greater detail in an article posted to his blog.

Ultimately, there are still numerous odd aspects surrounding the launch of Zuma that do not wholly mesh with publicly available information. For example, initial reports about the launch made it clear that the customer had explicitly contracted Zuma’s launch for no later or earlier than November 2017. This was delayed until January after SpaceX reportedly discovered issues with at least one Falcon 9 payload fairing, although the launch of Iridium-4 just over a month later was not delayed, and a replacement fairing was never spotted at Cape Canaveral (not that unusual). Why November 2017, and why delay the launch for nearly two months after that window was missed? 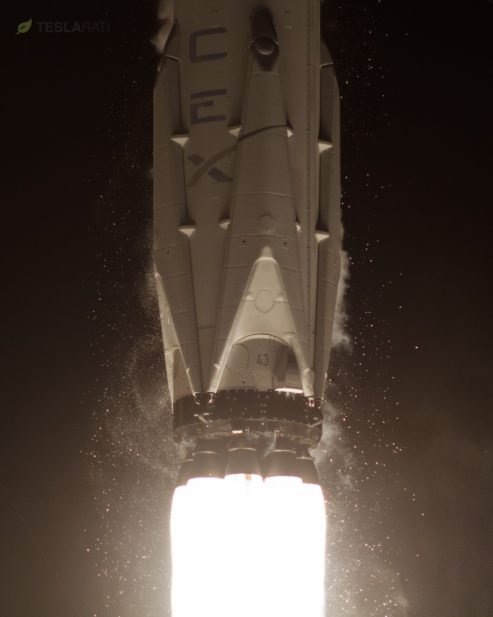 Falcon 9 B1043 lifts off for the first time with Zuma on January 7. (Tom Cross/Teslarati) 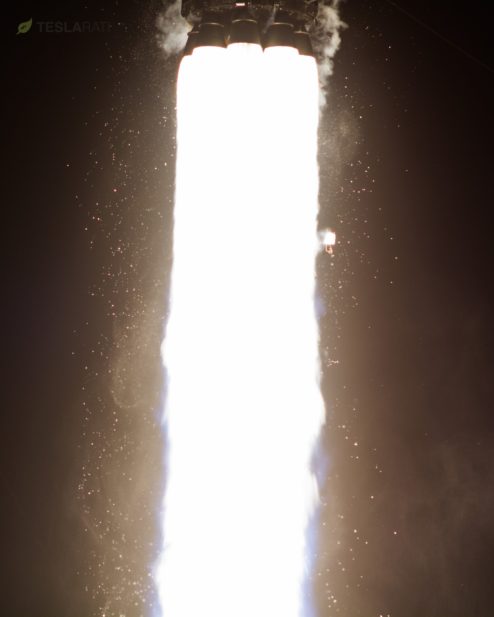 Falcon 9 lifts off with Zuma on January 7. (Tom Cross/Teslarati)

Of note, anonymous comments on Reddit were also corroborated by Eric Berger of Ars Technica, suggesting that Elon Musk did actually tell SpaceX employees that the launch of Zuma was possibly the most expensive and/or important contract SpaceX had yet to win. This raises a huge number of questions, as the payload was clearly small enough for Falcon 9 to return to Landing Zone-1 for recovery. This caps the mass of Zuma at about that of SpaceX’s Cargo Dragon spacecraft, indeed a fairly hefty capsule at around 10,000 kg, but still far from a satisfying explanation of its apparent value. While it seems unlikely that Zuma alone cost $1 billion or more, as many outlets have been suggesting (assuming?), it might be more reasonable to assume that the potential value of Zuma comes from future missions it might act as a proof of concept for – a highly secretive defense-related satellite constellation, in other words. This, too, slips uncomfortably far into the realm of “crazy government conspiracy theories,” but other explanations are far not forthcoming.

Sadly, the secrecy surrounding Zuma means that the general public will almost certainly remain in the dark for the indefinite future, at least until some future administration chooses to declassify it. The question of whether Zuma failed and whether that failure can be attributed to Northrop Grumman, SpaceX, or some combination of the two will nevertheless be answered imminently by delays or the lack-thereof for SpaceX’s upcoming launch manifest of Falcon Heavy, GovSat-1/SES-16, and PAZ, all scheduled within the next four weeks, give or take.