Tesla has begun production of its highly-anticipated Solar Roof tiles from the company’s Gigafactory 2 facility in Buffalo, NY. According to an email sent by Tesla, production of the photovoltaic glass roof tiles began last month and the company expects first customer installations to begin in the following months.

The announcement made by Tesla follows a series of production delays, since CEO Elon Musk first unveiled the company’s glass roof tiles more than a year ago. Tesla initially expected the rollout of the solar shingles to begin in 2017, with the manufacturing of the first two types of tiles — smooth and textured — to start during summer. Due to unforeseen delays, however, the mass production and installation of the shingles was ultimately pushed back, first to late 2017, and later, to 2018.

Over the past few months, several sightings of Solar Roof installations were observed by the Tesla community. These installations, however, turned out to be exclusive only to select employees of the California-based electric car and energy company. The glass solar roof tiles were being manufactured in Tesla’s Fremont factory at the time, a facility that is, while capable, unable to produce tiles on the same pace and scale as Gigafactory 2.

For the most part, Tesla has been fairly silent about the progress of its Solar Roof production. There were signs that a ramp-up was happening, such as solar cell manufacturer Panasonic opening new jobs for product expansion, as well as our report on a Tesla patent featuring an adhesive that can conduct electricity through the solar tiles. With Tesla’s recent announcement, however, the timeline for Solar Roof installations has become significantly clearer.

If any, the fact that the Solar Roofs are now being manufactured in Gigafactory 2 means that the photovoltaic tiles are rolling off the production line faster than ever. This ramp-up seems to be well within Tesla CEO Elon Musk’s expectations. Musk, after all, stated in a 2016 interview that he believes the 1.2 million-square-foot Buffalo, NY facility is capable of potentially producing up to 10 gigawatts of solar products every year.

RELATED: How much will a Tesla Solar Roof cost on my home?

Bloomberg New Energy Finance analyst Hugh Bromley believes that the Solar Tiles’ appeal will not only be limited to the United States, as other countries such as Australia might prove to be lucrative markets for the Silicon Valley-based energy company.

“It may actually do well in overseas markets where solar-photovoltaic is cheap, and homeowners are used to paying a premium for building materials and cars — such as Australia,” Bromley said in an email, according to a Bloomberg report. 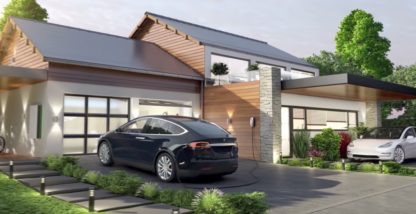 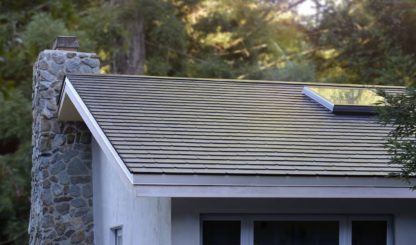 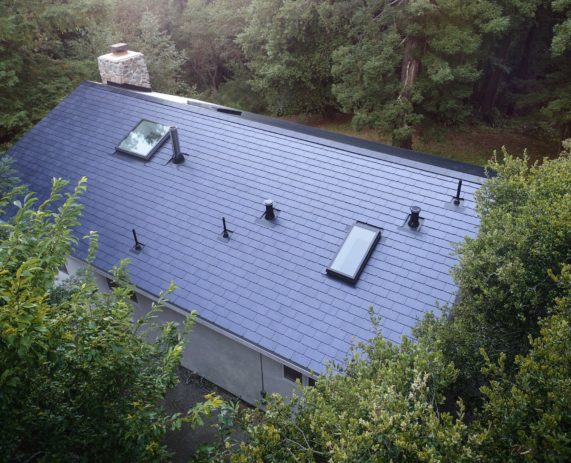 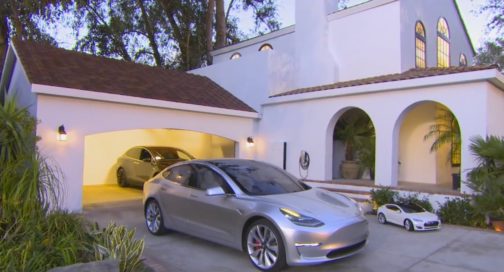 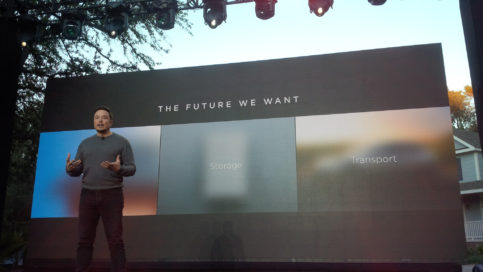 Tesla’s Solar Roof tiles are quite unique in the way that they are both functional and aesthetically pleasing. Developed in collaboration with SolarCity, the Solar Tiles look almost indistinguishable from conventional roof tiles despite featuring a full-fledged solar panel. Being constructed from tempered glass, the tiles are pretty durable too, capable of surviving impacts that would otherwise compromise traditional roof materials like terracotta and slate. Paired with Tesla’s Powerwall 2 unit, the Solar Roof has the potential to give customers true independence from conventional power grids.

If you’re on the market for a solar roof or considering the installation of solar panels for your home or business, consider getting a customized solar cost estimate from a local installer through our partner at UnderstandSolar.