SpaceX prepares for last launch until August: Caution over cadence

After a second automatic T-10s launch abort Monday night, Elon Musk expressed a welcome prioritization of caution over an attempt to break cadence records. As such, the launch team at LC-39A are standing down an attempt today and instead conducting a full review of the Falcon 9 vehicle and ground systems, pushing the launch to either July 5th or 6th. As Musk transparently phrased it, there is only one chance to get a rocket launch right.

We're going to spend the 4th doing a full review of rocket & pad systems. Launch no earlier than 5th/6th. Only one chance to get it right …

Following a truly unprecedented series of launches for the company, there was understandably a bit of annoyance from fans watching the coverage for a second time, as well as from journalists seeking to cover the launch. I think a tweet from former NASA Space Shuttle Program Manager Wayne Hale summed up the proper response most coherently, however, stating that “it’s tough to remain vigilant and do the right thing, extremely tough after a couple of launch scrubs and [with] range closure looming”. Remaining vigilant is precisely what SpaceX is doing by calling off another attempt on July 4th and choosing to instead carefully examine the systems involved to ensure that there is no real issue with pad or vehicle hardware.

For launch companies, there are an untold number of external and internal pressures urging executives to attempt launches, be those financial, political, or something as simple as employees wanting to get home for a holiday. However, past failures of launch vehicles, particularly the Space Shuttle, have demonstrated that constant vigilance is a necessity when dealing with rocketry. Wayne Hale was flight director for forty Shuttle launches. In fact, he became Program Manager the day of the Columbia disaster, which occurred at the beginning of February in 2003.

In this context, his statement is almost certainly intended as positive – albeit solemn – encouragement for the choice to take a more cautious route before attempting another launch. SpaceX itself has experienced two widely publicized failures of the Falcon 9, with the most recent of those having occurred less than ten months ago. After China suffered a complex failure during the second launch of their Long March 5 heavy lift vehicle last Sunday, Musk offered sympathy for those involved. Any failure in the launch industry often acts as a wake-up call for other companies and agencies involved, and undoubtedly becomes a reminder that one cannot become too comfortable or allow launch processes or vehicle manufacturing to become too routine when the stakes are as high as they can be.

Sorry to hear about China launch failure today. I know how painful that is to the people who designed & built it. https://t.co/iOkj6egF3O

It goes without saying that SpaceX is sharply aware of the need to ensure reliability and safety as they march ever closer to the debut flight of Crew Dragon and its first crewed launches, likely to occur in early 2018. If the stakes for launching the payloads of commercial customers are already high, the price of failures that could lead to loss of life are unspeakable and ought to humble those fans and bystanders who may be losing patience while waiting for a third (admittedly enthralling) launch. Those eager to watch SpaceX’s live coverage must seek to remember that the launches we love to watch occur because paying customers have placed trust in SpaceX to deliver their payloads to orbit, be those payloads massive geostationary communications satellites or astronauts and cargo headed to the ISS. Rightfully so, the customer will always come first, and routine live coverage of rocket launches must always be treated as the luxury it is for the indefinite future. 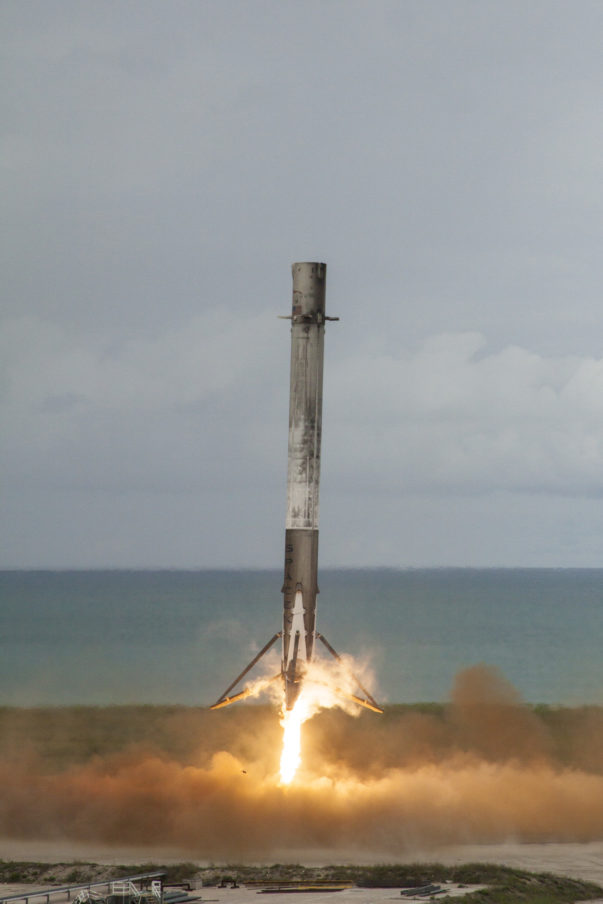 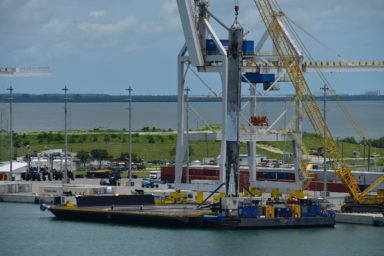 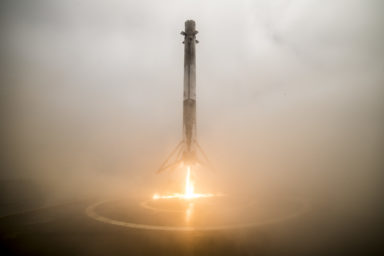 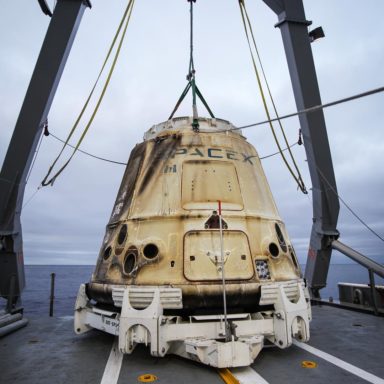 SpaceX has successfully recovery and reused both Falcon 9 and Cargo Dragon in the last several weeks, and has also recovered three first stages from the three related launches that occurred in that same time period. (SpaceX)

Admittedly, a cornerstone of SpaceX’s mission as a company is making access to orbit reliable, affordable, and routine, but there will always be risk in rocket launches, just as there will always be risk when one boards a plane, drives a car, or simply walks down the sidewalk along a busy street. Minimizing and reducing the risk present in spaceflight will take a considerable amount of time and effort, and doing what is necessary to prevent failures from negatively impacting the customers that make SpaceX viable as a company is both a rational and ethical strategy.

Returning to current events, the Falcon 9 intended to launch Intelsat 35e went horizontal on July 4, and is likely now in the integration facility present at LC-39A, providing easier access to engineers as they comb over the vehicle to ensure its health. After an absolutely picturesque launch attempt Monday evening, weather is looking even better for a potential launch attempt on either Wednesday or Thursday evening.

If the vehicle and pad cooperate, Intelsat 35e will be a facing send off for the Eastern Range before it shuts down for the remainder of July to undergo routine maintenance. SpaceX currently does not have Vandenberg (West coast) missions scheduled until August, so July will likely see no launches from the company. There is still plenty to be done in lieu of launching customer payloads, however. LC-40, the pad damaged in the Amos-6 static fire incident last September, is currently preparing to be reactivated, with a recent interview of Gwynne Shotwell pointing to its initial availability sometime in August. Once it is reactivated, all single core Falcon launches will be transferred to LC-40, and LC-39A will begin undergoing structural modifications to accommodate both crewed missions in 2018 and Falcon Heavy, which could debut as early as Q4 of 2017. 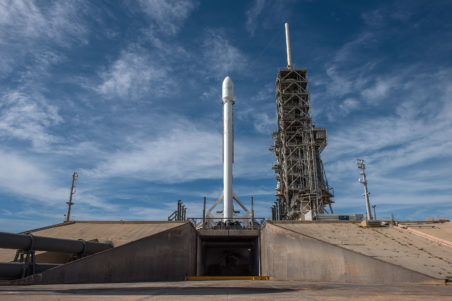 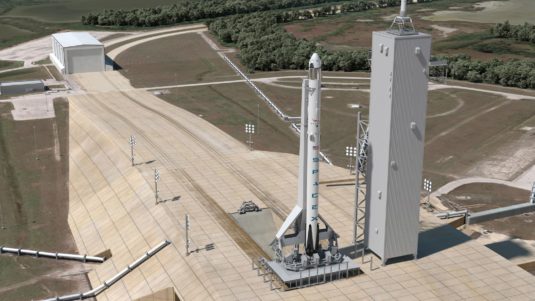 The two most visible changes that will occur at LC-39A will be the installation of additional hold-down clamps and modifications to the Transporter Erector, as well as a Crew Access Arm, which will be attached to the large, vertical structure seen directly right of Falcon 9. Of note, it is very likely that at least two, if not all three of the first Falcon Heavy’s cores are already present at the Cape. After years of being deemed a paper rocket, Falcon Heavy is indeed very real and very close to being able to conduct its first launches.

A month of no launches from SpaceX will undoubtedly be less than thrilling, but the Air Force and Kennedy Space Center employees will get a much-deserved break from a busy launch manifest ahead of what will likely be an even busier final four months of the year. There is a lot to look forward to.

SpaceX prepares for last launch until August: Caution over cadence