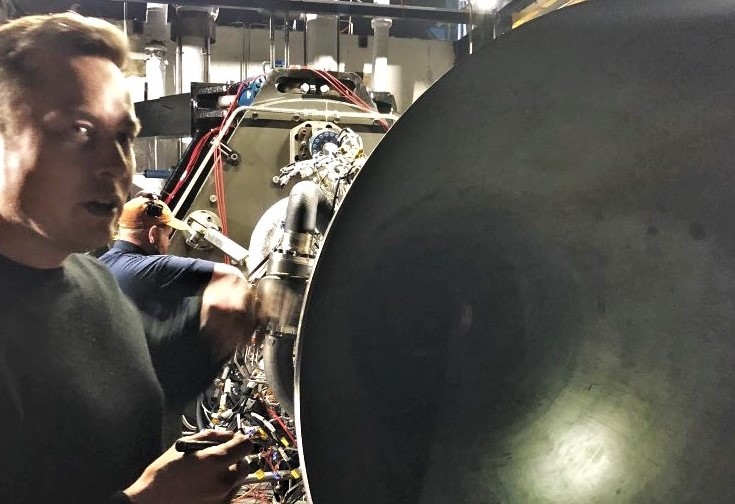 If the first operationalized Raptor’s static fire tests go well, there are several possible routes the test program could take, all of which will end up with this engine and several others being tested and ultimately installed on the Starship hopper (Starhopper) prototype under construction roughly 500 miles (800 km) south of SpaceX’s Raptor test cell.

Shortly after Musk revealed official photos of the first operationalized Raptor preparing for an inaugural static fire test at SpaceX’s McGregor, Texas facilities, the SpaceX and Tesla CEO’s private jet was seen landing at Waco, Texas around sunset. Although all SpaceX technical expertise needed for Raptor’s first ignition was probably already on site several days prior, Musk has been known to offer seats on his private planes to SpaceX and Tesla employees when a critical group is needed away from their normal base of operations. The best examples come from Tesla engineering expertise sometimes traveling between Fremont and Gigafactory 1 when needed, often to solve production holdups.

Regardless of whether he was traveling with members of the SpaceX propulsion team, Musk’s arrival at McGregor yesterday signified that Raptor Block 1’s first integrated hot-fire was imminent. Assuming no attempt was made on Saturday night or Sunday morning, SpaceX technicians and engineers are presumably still working on installing what is effectively a new rocket engine and ensuring that Raptor’s test cells – extensively overhauled and upgraded for the occasion – are working as intended. While the development Raptors SpaceX built hovered around 1000 kN (~100t) of thrust, also roughly the same as Merlin 1D, the Raptor now on stand in Texas is reportedly a 200 ton-class engine or more than double the thrust of any single engine SpaceX engineers and technicians have built or test-fired in 15 years of engine development. 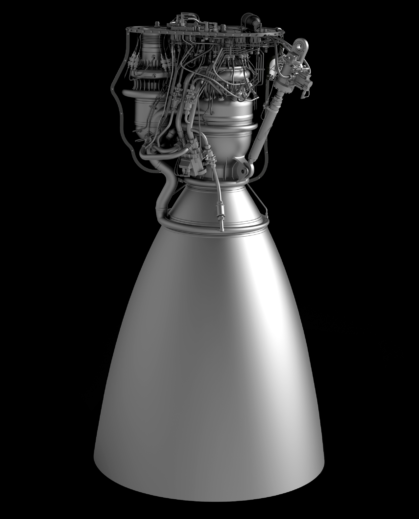 The only official render of Raptor, published by SpaceX in September 2016. The Raptor departing Hawthorne in Jan ’19 looked reasonably similar. (SpaceX)

Technically speaking, this Raptor is the smaller (sea-level) version of the engine. (SpaceX) 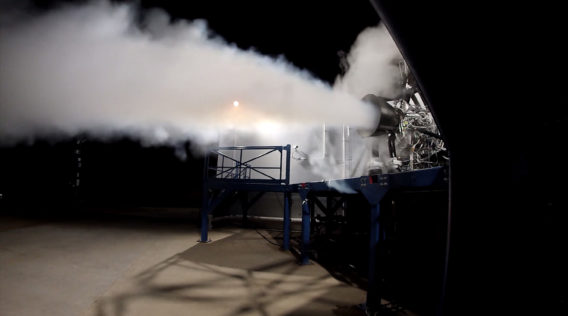 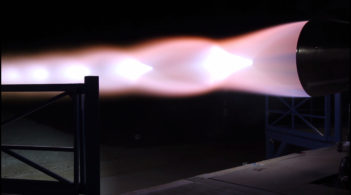 A Raptor prototype is seen here during its first-ever ignition test. (SpaceX)

A 2017 test-firing of the mature development Raptor, roughly 50% less powerful than the full-scale system. (SpaceX)

A fork in the R&D road

Prior to completing Raptor Block 1 (unofficial designation), SpaceX cumulatively test-fired dev Raptors for far more than 1200 seconds over the course of more than 24 months. It’s unclear how extensively the company’s engineers will be able to test the pathfinder hardware built on the back of that extensive test program. Nominally, one would expect hundreds or thousands of seconds of additional testing to properly characterize the design and production of a brand-new, optimized engine like Raptor while primarily ensuring that it performs within engineering specifications.

Knowing CEO Elon Musk’s self-admitted tendency to push for impractical deadlines and schedules that often appeared rushed for the sake of rushing, it’s not impossible that the first Raptors could find themselves installed on the Boca Chica-based Starhopper test article after Merlin-esque acceptance testing and nothing more. For M1D and MVac, acceptance testing usually takes the shape of a full-duration burn with throttle and gimbal activity to closely simulate a true Falcon 9 or Heavy launch. For the 200-ton Raptor now in Texas, comparable acceptance testing could take a variety of forms, ranging from short Starhopper-relevant burns (10-60 seconds for small hops) to simulating conditions during a Super Heavy launch and landing or even a 6 or 7-minute orbital insertion burn indicative of the performance needed for Starship.

Depending on the interplay between the route SpaceX engineers would likely prefer and the Starhopper test schedule executives and managers might want, this first Raptor engine (and two more soon to follow) could be installed on Starhopper anywhere from a few weeks to several months from now. Elon Musk indicated in early January that he expected hop tests would occur 4-8 weeks later, shortly followed by unplanned damage to the craft’s nose cone that pushed the debut back “a few weeks”.

Aiming for 4 weeks, which probably means 8 weeks, due to unforeseen issues

I just heard. 50 mph winds broke the mooring blocks late last night & fairing was blown over. Will take a few weeks to repair.

Realistically, hop tests should thus be expected to begin no earlier than (NET) 8-12 weeks from the first week of January, translating to NET March or April. This would give SpaceX propulsion engineers a decent amount of time to gain at least a few hundred (or maybe 1000+) seconds of experience operating the newest and most advanced iteration of Raptor.