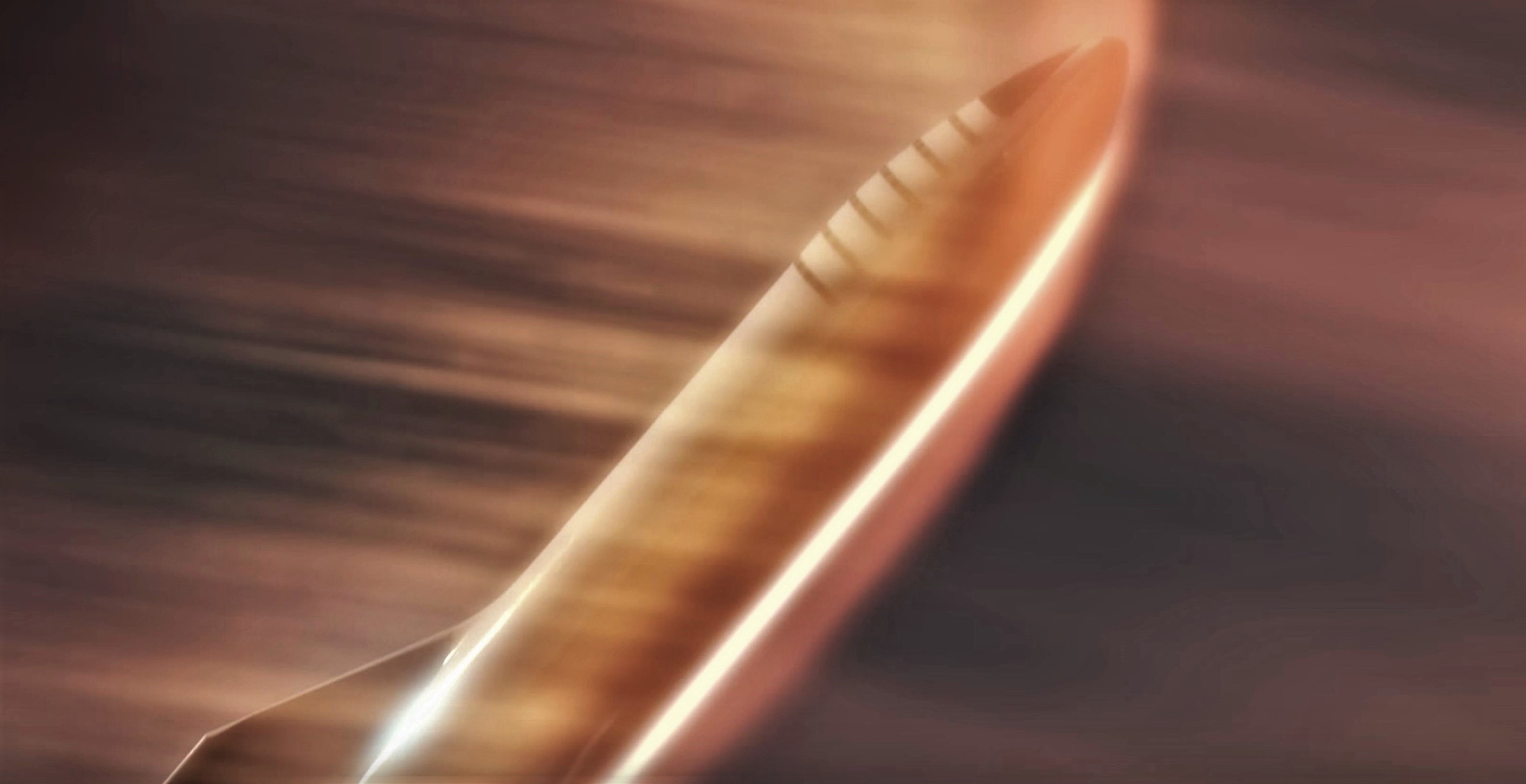 SpaceX CEO Elon Musk has shared a video showing what looks to be the early stages of testing for Starship’s (BFS) unprecedented metallic heat shield, recently described as a double-layered steel sandwich that will be regeneratively cooled by cryogenic liquid methane.

The glowing metal coupon pictured in Musk’s video appears to be heated by the same high-temperature torches SpaceX (and contractors) use to spin-form Falcon 9 and Heavy propellant tank domes and Merlin 1D and MVac engines, potentially explaining the reported 1100C (2000F) the metallic (steel, presumably) heat shield was being heated to. Compared to the temperature range (~1200-1500C) Starship is expected to experience during reentries, 1100C should – according to Musk – be low enough that “no heat shield [is] needed”. If the coupon pictured is an actual double-layered, regen-cooled test article for Starship’s active heat shield, it will need to be torture-tested to 1500C (and likely beyond) to really prove its worth and reliability.

This is more likely an example of rough, ad-hoc testing being used to generally characterize and navigate the early stages of new technology development, hence the improvised testbed of a few ceramic insulation blankets and industrial torches already on-hand at SpaceX’s Hawthorne, CA factory. A hypersonic wind tunnel or arc jet setup is preferable if the goal is to prove out a truly cutting-edge heat shield, but facilities that feature those testbeds are extraordinarily rare, have niche use-cases, and are not cheap to build or operate.

SpaceX’s metallurgy team and thermal protection engineers will thus probably end up at such a facility (likely NASA Ames) to extensively test Starship’s regeneratively-cooled steel heat shield, with tests like those shown off by Musk acting to guide early development up to the point that accurately simulating reentry conditions is necessary or valuable.

In the meantime, SpaceX suffered a bit of a setback when those responsible for properly securing the first Starship prototype’s nose section failed to account for the threat of even mild winds in South Texas. As a consequence, a minor windstorm – with gusts no more than 50-60 mph (80-90 km/h) – toppled the extremely large and light nose section, causing it to crumple on the ground and nearly fold in half under its own weight. Much like the Falcon fairings SpaceX is already familiar with, the Starhopper’s nose/fairing was clearly optimized for very specific loads and did not appear to be a particularly sturdy structure as SpaceX technicians gradually stacked and welded its thin sheet metal sections together through December and January.

Starship Hopper nose cone has been moved ahead of repairs.