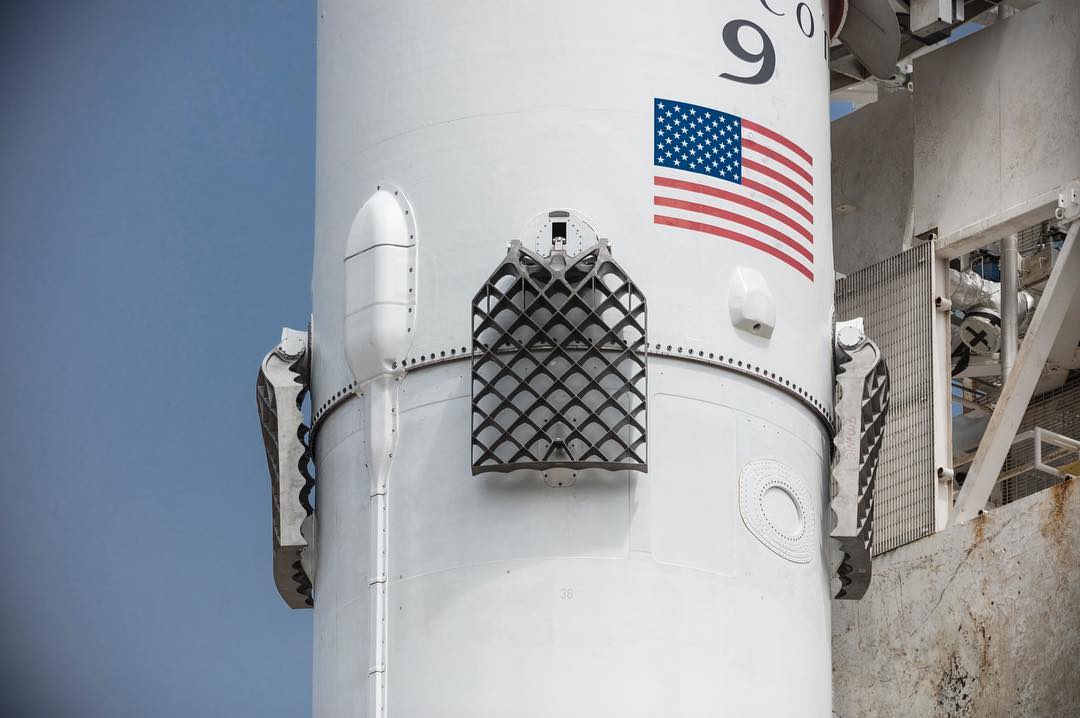 SpaceX has successfully launched its second Falcon 9 mission in less than 48 hours, lifting 10 Iridium NEXT satellites into Low Earth Orbit and recovering the first stage in the Pacific Ocean in spite of sub-optimal weather conditions.

This launch saw the debut of improved titanium grid fins on the first stage of Falcon 9, providing the vehicle with better control authority and greater ease of reuse. One distinct benefit of these new grid fins is that they no longer require an ablative coating of heat-resistant paint like their aluminum predecessors. In the past, this paint would vaporize in the heat of reentry and cover the camera housing on the first stage, interrupting SpaceX’s live coverage of the landing attempt. This launch demonstrated nearly perfect coverage of that landing, with the titanium fins requiring no paint. Musk also tweeted just after launch that the improved fins worked even better than expected and should offer almost effectively unlimited reuse without refurbishment.

New titanium grid fins worked even better than expected. Should be capable of an indefinite number of flights with no service.

Falcon 9 S1 is now safely aboard Just Read The Instructions and will be brought into port over the next several days, just after the first stage recovered on the East Coast returns to Port Canaveral. This leaves SpaceX in the wonderful position of having two drone ships and their accompanying freshly-recovered first stages sailing back to port at the same time, a truly thrilling accomplishment.

It is worth noting that the first successful recovery of Falcon 9 occurred barely more than 18 months ago, and the first sea-based recovery just over 14 months ago. In that period, SpaceX has effectively made recovery a routine (albeit difficult) process, and has also begun to make the partial reuse of Falcon 9 routine following the second reuse of a first stage during the launch of BulgariaSat-1 just 48 hours ago. In tweets following the launch today, Musk revealed that there was an attempt to recover one or both of the payload fairings, but that the automated parachute system had issues. This likely implies that the attempt was not successful, but Musk believes it will be figured out and made routine by the end of this year. He reiterated that SpaceX’s ultimate goal is to launch, recover, and reuse a first stage in approximately 24 hours, sans any repainting that has occurred in the last two reuses. 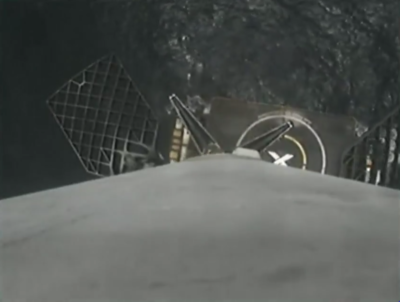 The titanium grid fins, however, barely look phased by the reentry heating. (SpaceX) 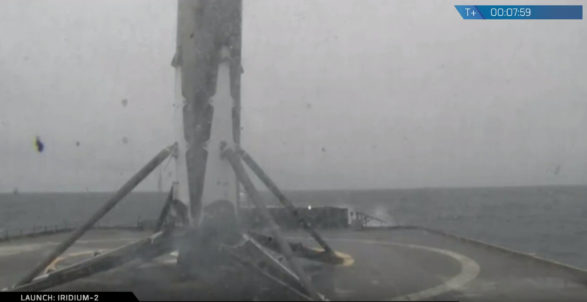 While the mission is not complete until all 10 satellites have been deployed approximately two and a half hours from now, it has been a resounding success so far, with the second stage just now finishing its second short burn to place the satellites in a precise orbit. Aside from Vandenberg’s usual cover of dense fog obscuring the view of the many fans and employees who journeyed to view the launch live, the last several steps of the mission will almost certainly proceed without issue.

SpaceX’s next launch has been delayed slightly following BulgariaSat-1’s several day delay, but it is currently tentatively scheduled for the 4th of July as of this moment. Watch for additional coverage of first stage recovery and SpaceX launches soon to come here at Teslarati.

Another resounding success for the books. (SpaceX)