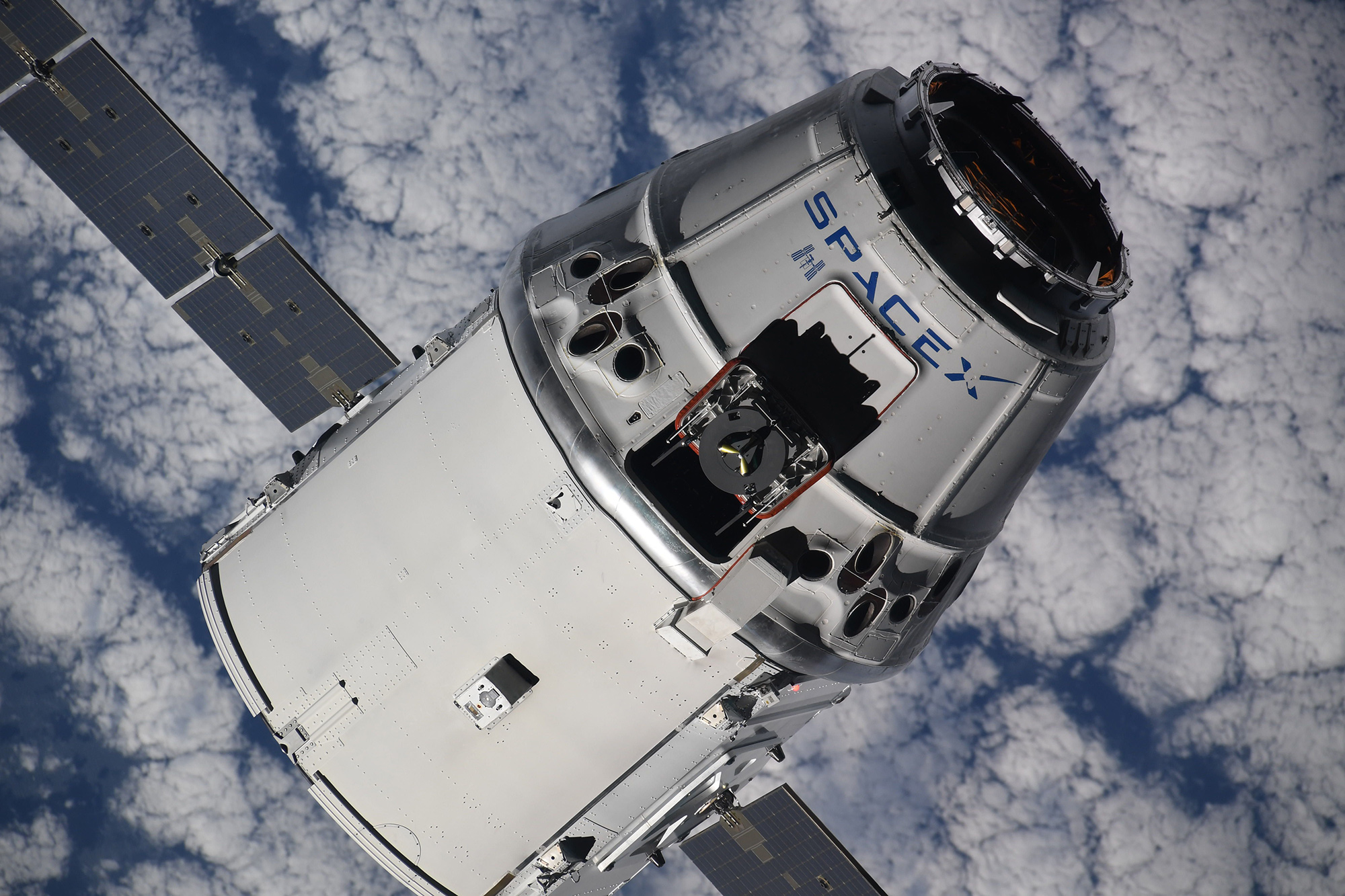 After spending two weeks testing in a specialized NASA-run facility, SpaceX’s first flightworthy Crew Dragon spacecraft was shipped from Ohio to Florida, where it will now spend a number of months preparing for its first (uncrewed) launch into Earth orbit.

Known as Demonstration Mission 1 (DM-1), this critical milestone must be passed before the capsule will be certified to carry NASA astronauts to the International Space Station (ISS) sometime in 2019. While DM-1 will not sport a human crew, the spacecraft is nevertheless expected to demonstrate all life and mission-critical components, ranging from Crew Dragon’s complex array of avionics and ground/orbital communications equipment to craft’s ability to safely return passengers to Earth with a soft ocean landing.

SpaceX’s Crew Dragon spacecraft has been in the serious hardware development phase for approximately five years, although the concept itself dates back about as early as its Cargo Dragon predecessor – 2005 to 2006, publicly. Over the course of roughly two weeks of testing at NASA’s Plum Brook Station, Crew Dragon was likely subjected to a suite of environmental conditions the spacecraft will need to routinely survive to make it through initial launch and successfully operate under the rigors of microgravity and thermal vacuum conditions.

Crew Dragon arrived in Florida this week ahead of its first flight after completing thermal vacuum and acoustic testing at @NASA’s Plum Brook Station in Ohio. https://t.co/xXJE8TjcTr pic.twitter.com/lr0P95zzIK

Given the DM-1 capsule and trunk’s fairly quick jaunt at the huge Plum Brook vacuum chamber and equally quick arrival in Florida, those test results were likely quite favorable. Still, a major amount of work lies ahead before the first full Crew Dragon is ready for its launch atop Falcon 9. Most significantly, the craft’s trunk did not follow its fellow capsule to Florida, but rather returned to SpaceX’s Hawthorne, CA factory to be outfitted with critical flight hardware, particularly radiators and solar arrays. Once that outfit is complete, the module will also be shipped to Florida before being integrated with the DM-1 Crew Dragon capsule.

Of note, the DM-1 capsule has been constructed from the start to support a plan to use the vehicle in an in-flight abort test meant to ensure that the craft can wrest its passengers from harm’s way even at the most intense point of launch, where aerodynamic pressures are at their peak. In order to properly support both the DM-1 orbital mission and the in-flight abort test to follow, the capsule has been outfitted with a fair amount (hundreds of pounds) of hardware that will be unique to the pathfinder spacecraft. This understandably adds its own complexity to the already intense program’s first orbital mission, although it will hopefully not translate into additional delays. 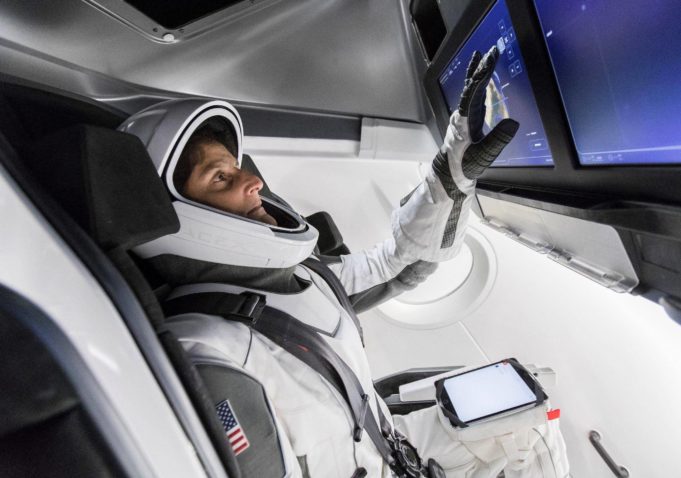 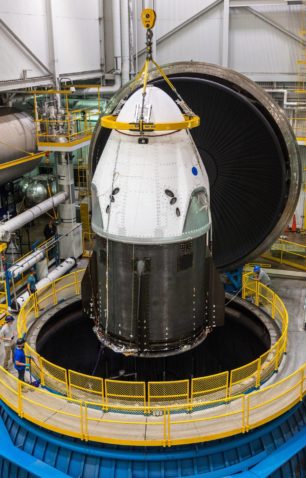 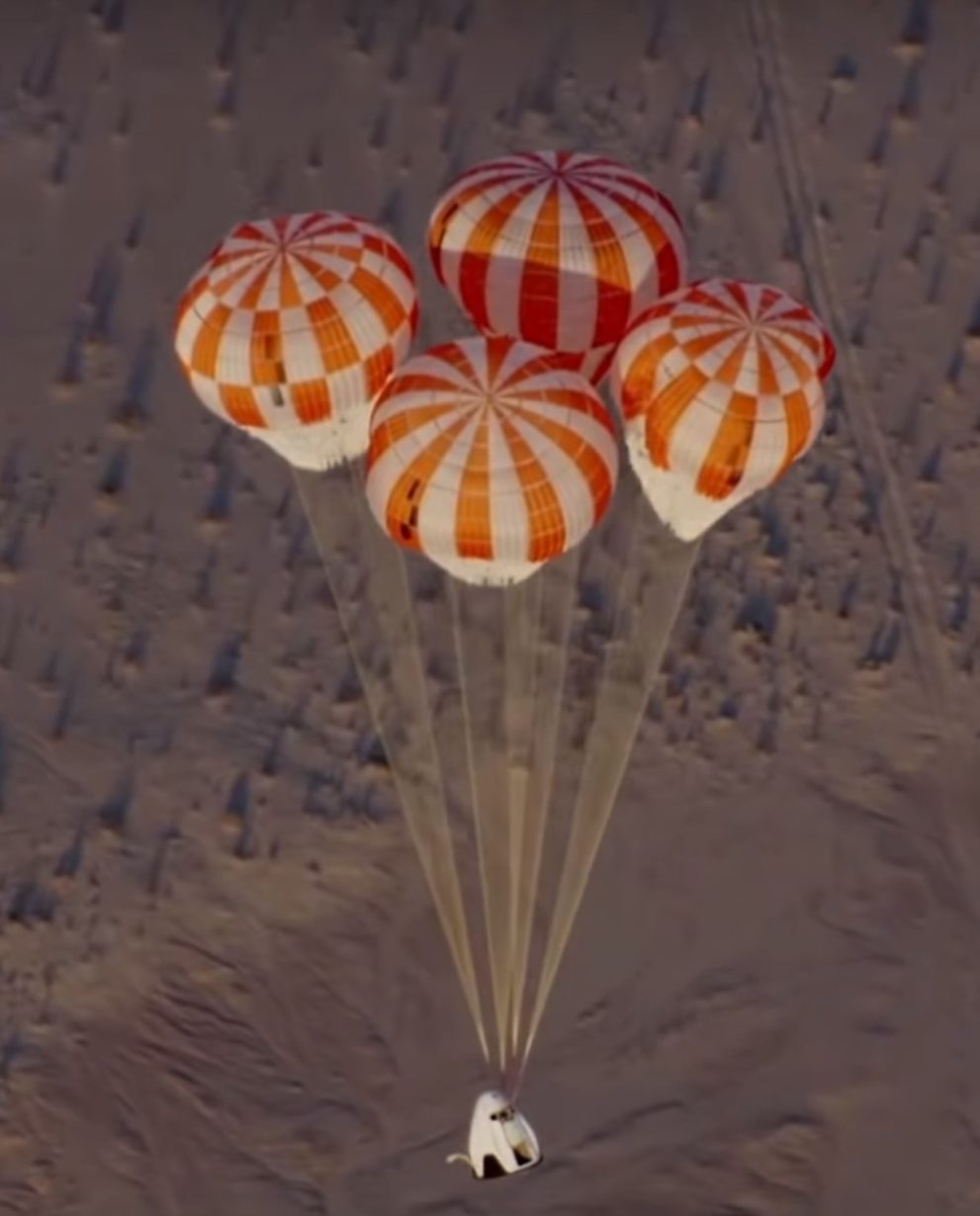 Crew Dragon parachute tests are likely to continue into the summer to ensure NASA certification in time for DM-1. (SpaceX)

It’s worth noting that SpaceX is effectively operating at a distinct – albeit partially self-wrought – financial handicap when compared with Boeing’s Starliner spacecraft program, one of two vehicles funded by NASA to accomplish the same task of safely and reliably transporting astronauts to and from the ISS.

“NASA awarded firm-fixed-price contracts in 2014 to Boeing and Space Exploration Technologies Corporation (SpaceX) [of] up to $4.2 billion [for Boeing] and $2.6 billion [for SpaceX] for the development of crew transportation systems.” (GAO-18-476) 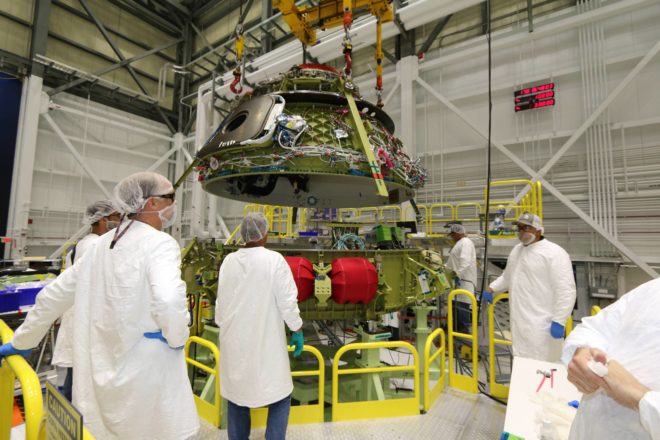 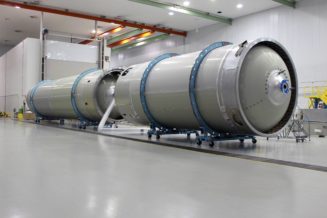 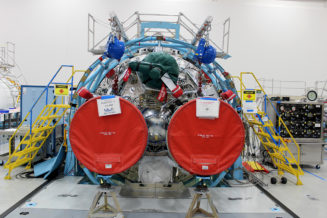 The United Launch Alliance (ULA) dual engine Centaur upper stage of the Atlas V rocket in the final stages of production and checkout, May 2018. (ULA)

In other words, Boeing requested and received a full 60% more than SpaceX to – quite literally – accomplish an identical task. Alongside the storied and brutally expensive history of crewed American spaceflight, both contracts are an absolute steal for two modernized, crew-capable spacecraft, but a 60% premium is a 60% premium. Foreseeable but slight cost overruns caused, among other things, by additional contractual requirements from NASA have followed a similar trend, roughly proportional to each company’s slice of the original $6.8b Commercial Crew contract.

Still, Boeing’s progress towards its own DM-1 and DM-2 demo flights and a pad-abort test are impressive, although it very likely is more of a demonstration of a different approach to public communications than of any actual step up on SpaceX. In the last few weeks, Boeing has released a number of photos showing off the progress made building its own Starliner capsules and service modules (trunks), three of which are currently in varied states of assembly and integration in the company’s Florida-based facility. Additionally, United Launch Alliance CEO Tory Bruno has shared off-and-on updates and photos of the launch contractor’s own progress assembling the rockets that will launch Boeing’s spacecraft.

The two engine Centaur is getting ready and excited for #StarLiner. pic.twitter.com/WIf3H8k9yq

Regardless, a huge amount of work lies ahead before both Boeing and SpaceX’s crewed spacecraft are able to conduct their first uncrewed and crewed launches into orbit. Now very outdated, NASA has stated several times recently that the presently available targets of NET August 31 will likely be updated later this month, pushing DM-1 debuts into NET Q4 2018 and the first commercial crewed demo missions to 2019.

Stay tuned, as the Block 5 Falcon 9 tasked with launching SpaceX’s own DM-1 Crew Dragon will likely be the next of a recent flood of finished rockets to leave the company’s Hawthorne factory, where it will head to McGregor, Texas to complete acceptance wet dress rehearsals and static fire tests before shipping to SpaceX’s Pad 39A in Florida.