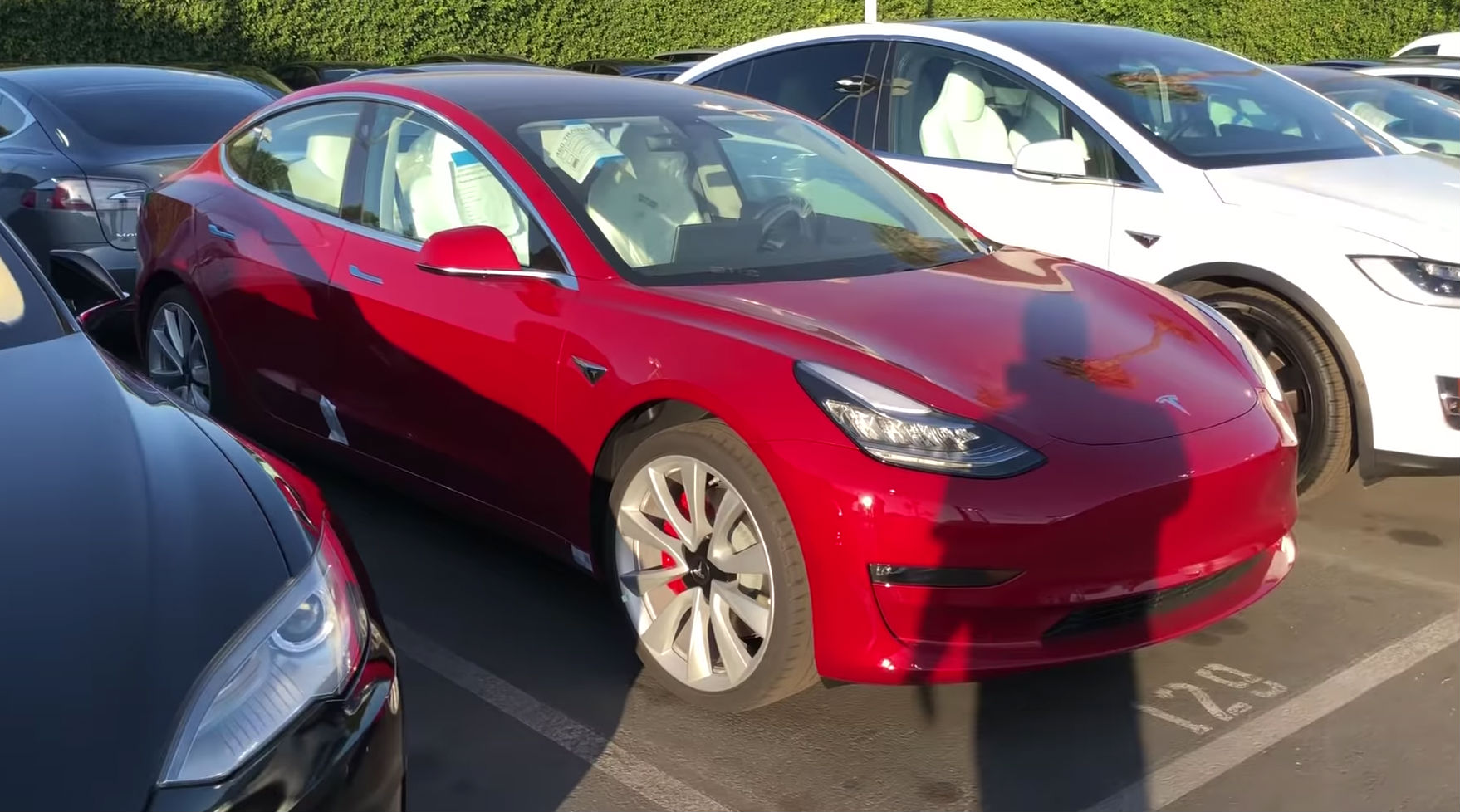 As Tesla begins the rollout of the Model 3 Performance as designated test drive units to some of its showrooms, sightings of the dual motor, high-performance variant of the electric car have started emerging.

Over the past weekend, reports from members of the Tesla community indicated that the Model 3 Performance had been delivered to some of Tesla’s locations, most notably the Buena Park, CA center. Twitter user Larry Lach, for one, noted in his sighting that there were at least five units of the Model 3 Performance in the Buena Park facility. Other reports, particularly that of r/TeslaMotors subreddit member u/TheHalfChubPrince, shared additional details of the vehicle, such as its economy rating of 116 MPGe. Images shared online further showcased the vehicle’s Premium white interior and its aluminum performance pedals, as well as its 20″ Sport Wheels with Michelin Pilot Sport 4S 235/35/ZR20 tires and red performance brake calipers. 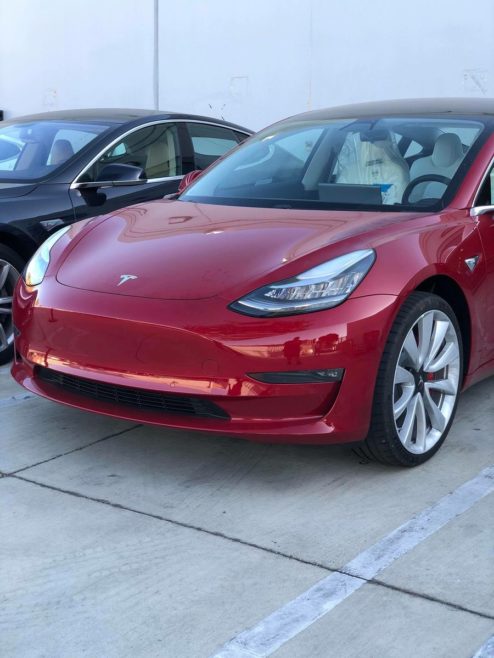 A Model 3 Performance spotted in the wild. [Credit: ocean90277/Twitter] 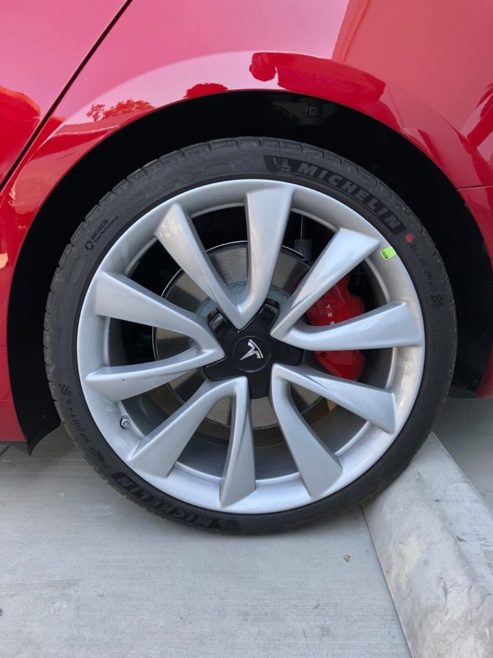 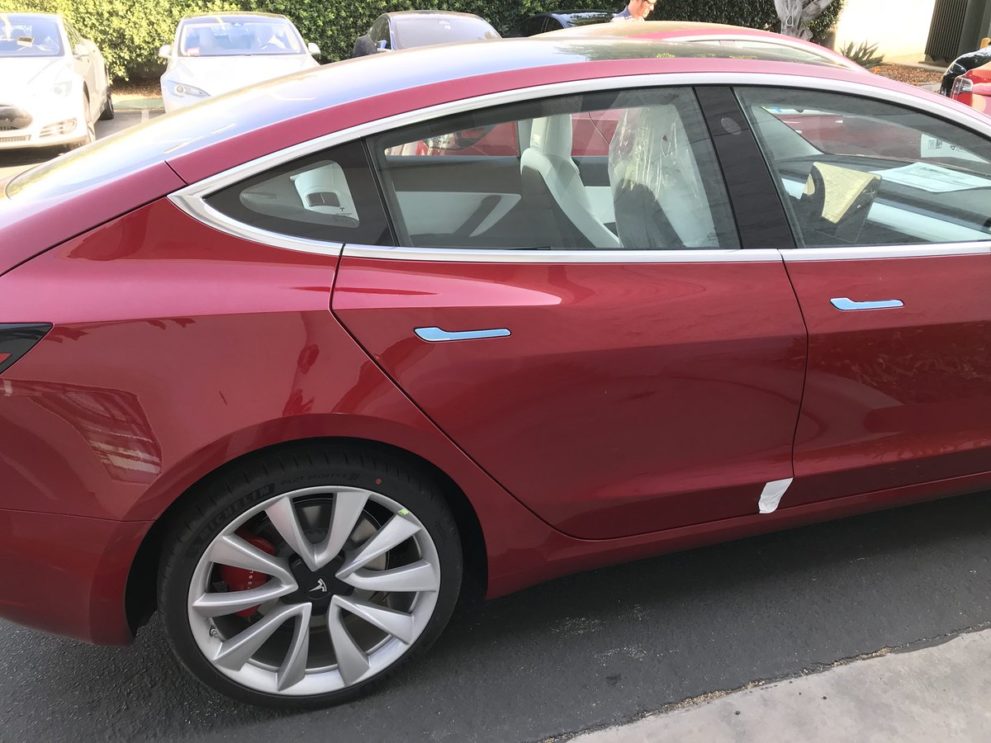 A Model 3 Performance spotted in the wild. [Credit: Larry Lach/Twitter]

Since Tesla managed to hit its goal of producing 5,000 Model 3 per week during the final week of the second quarter, the company has stopped its anti-selling initiatives for the vehicle and opened up its Model 3 online configurator to all North American customers. In addition, Elon Musk doubled down on Twitter, reiterating that roughly 100 Dual Motor Model 3 Performance vehicles have been manufactured and will be utilized as test drive units. Tesla uploaded a video of the vehicle’s capabilities while skidpad testing as well. Not long after this, sightings of the car in the Fremont factory’s lot were posted by RS Metrics on Twitter, showing what appears to be the Model 3 Performance fleet that Musk mentioned being prepared for shipping.

Both Elon Musk and Tesla’s official Twitter account further teased several features of the vehicle, such as it upgraded brake package comprised of an upgraded Brembo brake system that includes lightweight two-piece rotors and larger front rotors. The suspension of the electric car was also teased heavily by Musk, who stated that the compact electric car would feature a lower ride height thanks to a tuned suspension system. 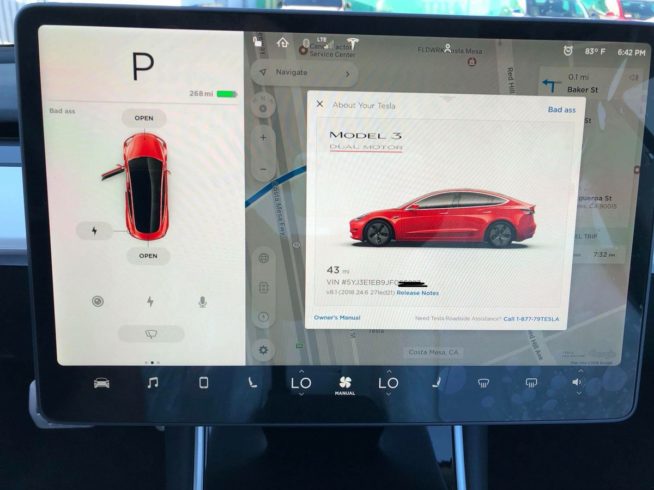 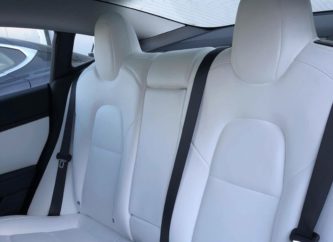 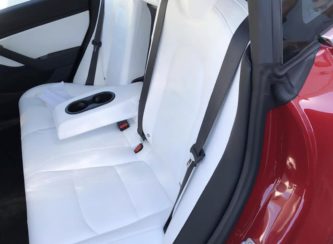 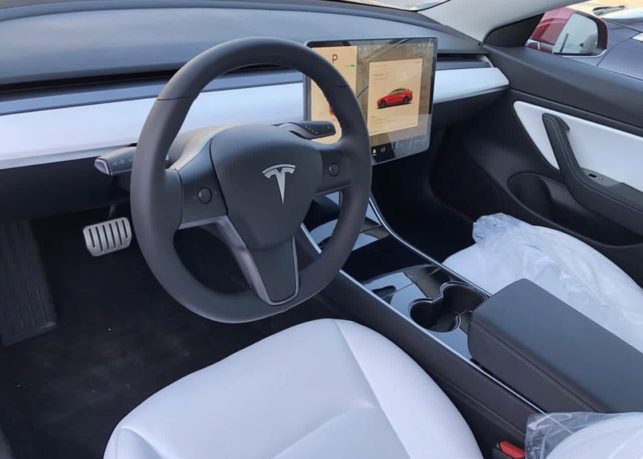 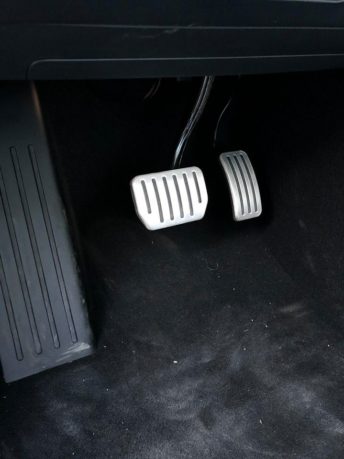 Over the past few months, the Model 3 has proved itself as a car that can handle the track, unlike its larger sibling, the Model S, which remains prone to heating issues after a few hot laps. With upgraded brakes and suspension, the all-electric sedan becomes a very capable track car. A race-modified Model 3 recently took first place in its category at the 2018 Canadian Sport Compact Series Time Attack series, beating out a Porsche Boxter in the process.

The Model 3 Performance is capable of sprinting from 0-60 mph in 3.5 seconds, boasts a top speed of 155 mph and capable of 310 miles of driving per single charge. With a price of $64,000 before options, the Model 3 Performance provides interested electric car buyers with a high-performance vehicle that is quite reasonably priced. Including Enhanced Autopilot and Full Self-Driving, the vehicle reaches a price of $80,000, which is significantly higher than Tesla’s originally promised $35,000 base model. Still, a top-of-the-line all-wheel drive Model 3 is considerably more affordable than comparable vehicles like the BMW M3, which costs $91,759 fully loaded, and the $106,000 Mercedes AMG C 63 S Coupe.

Watch a video walkaround of the Model 3 Performance in the Buena Park, CA spotted by Tesla owner Mark Benton below. As noted by Mark in his video, the Model 3 Performance with VIN55394 in Buena Park did not have its carbon fiber spoiler and its Dual Motor badge installed as of yet. These accents are set to be installed on the vehicle after delivery.