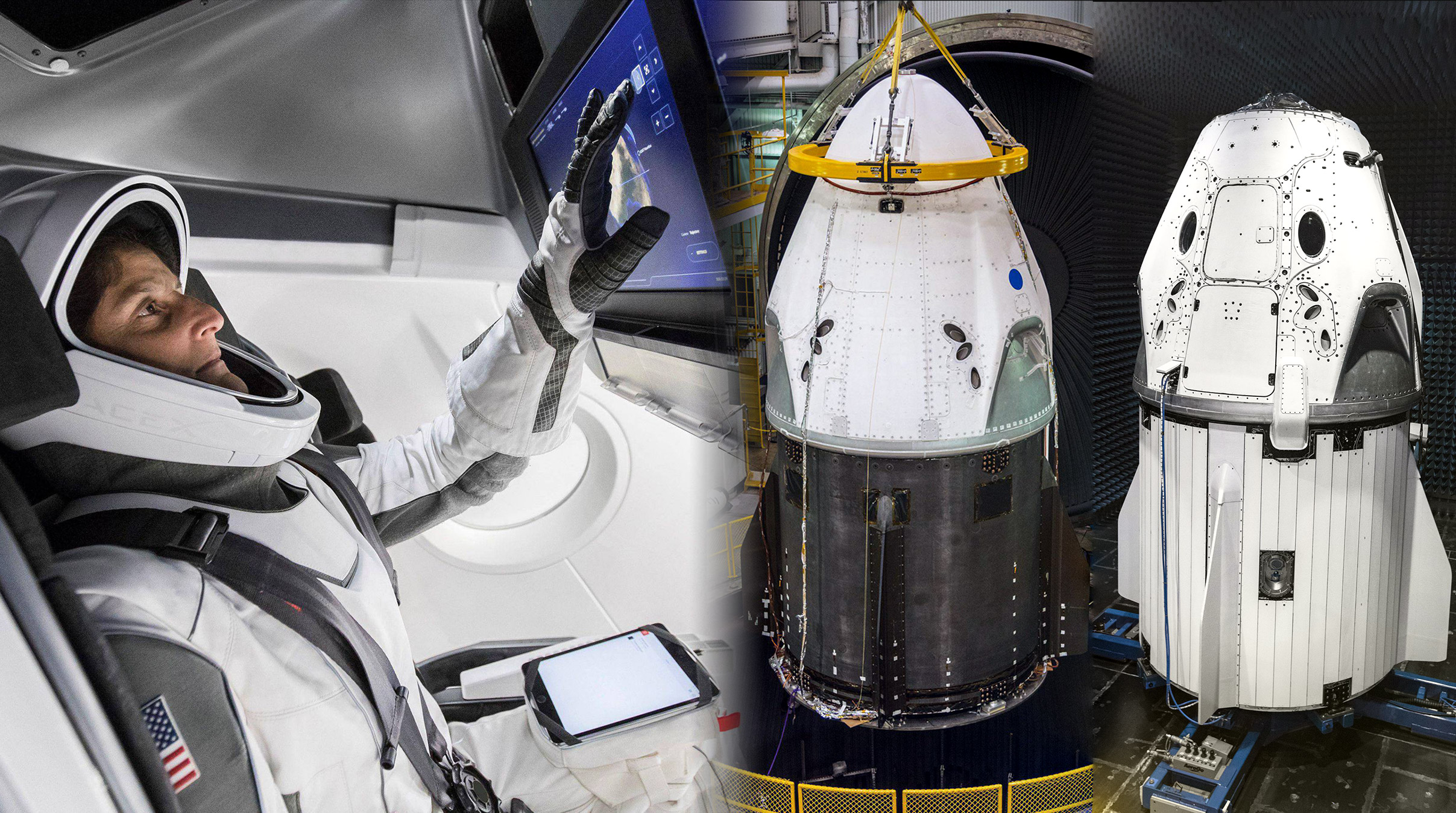 SpaceX has published the latest photo of its next-generation Crew Dragon spacecraft, showing the crewed vehicle preparing to be put through its paces inside a NASA thermal vacuum chamber located in Cleveland, Ohio. If the tests are completed without issue, the Dragon’s next destination will be Cape Canaveral, Florida, where it will prepare for an inaugural launch targeted for the fourth quarter of 2018.

In the photo released on June 20th, SpaceX’s DM-1 Crew Dragon capsule (C202 in shorthand: [C]apsule, Dragon [2], serial number [02]) is seen being craned by SpaceX technicians into the thermal vacuum chamber at NASA’s Plum Brook testing facilities. Located in Ohio, Plum Brook’s vacuum chamber is unique because of both its size and its ability to fairly accurate replicate the actual environment faced by satellites and spacecraft once in space. Most importantly, this includes the extreme thermal conditions those vehicles are subjected to by constant ~90-minute day-night cycles in low Earth orbit (LEO).

Without Earth’s cozy atmosphere to act as both a heat sink and insulating blanket once on orbit, there is simply nothing there to protect spacecraft like Crew Dragon from the absolute extremes of direct solar radiation (sunlight), total darkness, and a complete lack of cooling by conduction and convection. In order to avoid overheating, Crew Dragon thus needs to bring along its own means of cooling in the form of onboard radiators to shed excess heat. The use of white paint on spacecraft further aids this process by selectively preventing the absorption of solar radiation while simultaneously efficiently emitting in infrared wavelengths. 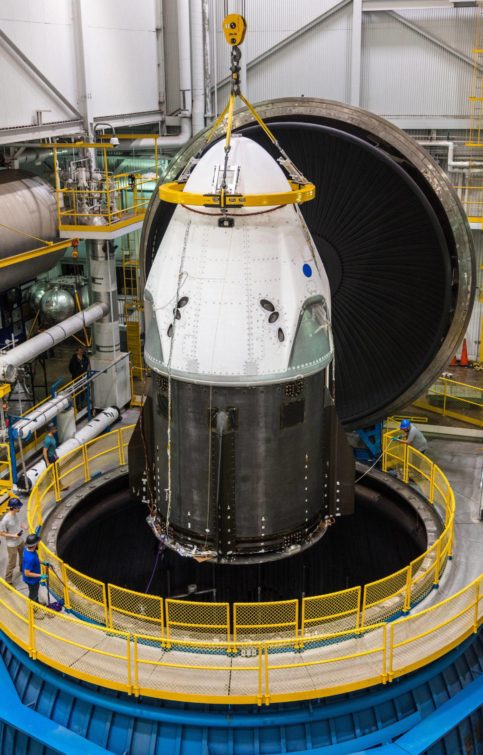 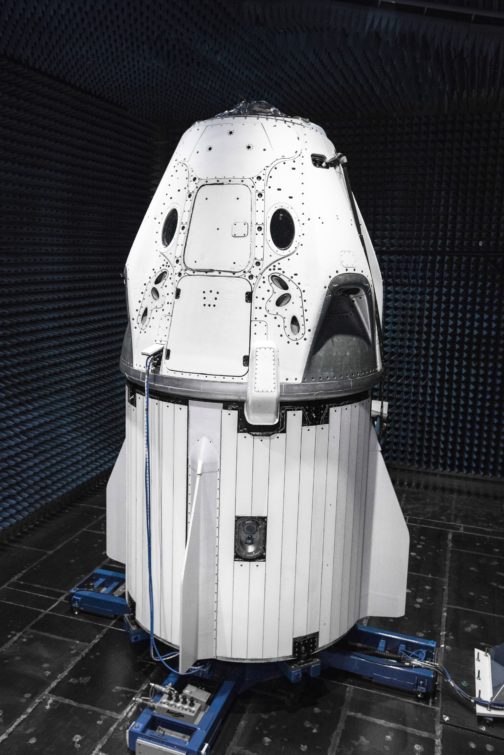 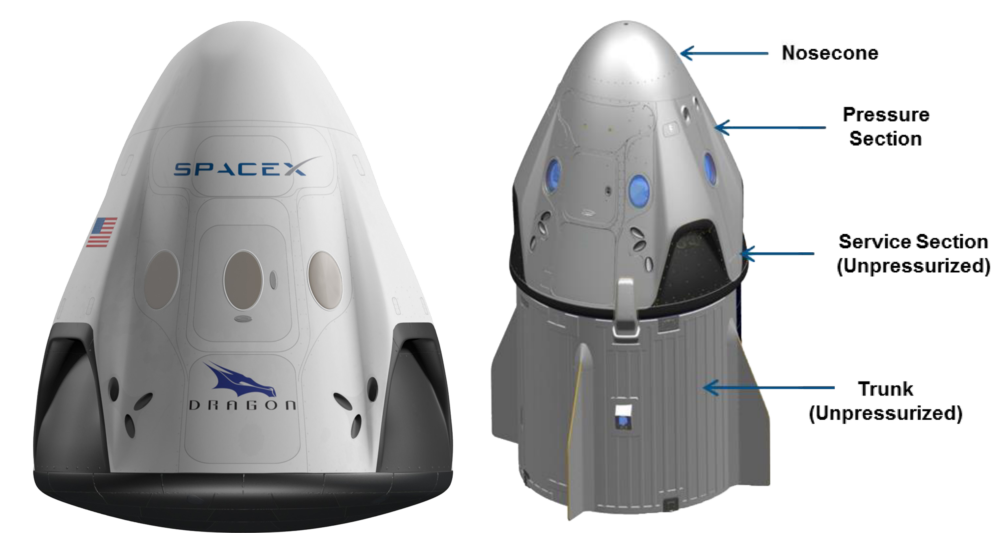 An overview of Crew Dragon’s main features, all of which can be seen in the real-life photos. The Cargo Dragon version will likely remove seats and windows. (SpaceX)

How to prep your Dragon

Crew Dragon’s primary radiators are elegantly integrated into vertical panels installed on the cylindrical bottom segment, known as the trunk, while the craft’s power source – solar panels in this case – are installed in a curved array on the opposite side of the trunk. Intriguingly, the trunks displayed in the two most recent photos of the DM-1 Crew Dragon appear to be almost completely different, and the trunk at Plum Brook does not appear to have its solar arrays or radiators installed. Nominally, SpaceX would use the thermal vacuum capabilities of the Ohio facility to fully vet Crew Dragon’s ability to maintain optimal temperatures on orbit, but the particularly tests planned for the DM-1 capsule and trunk may be of a slightly different type. 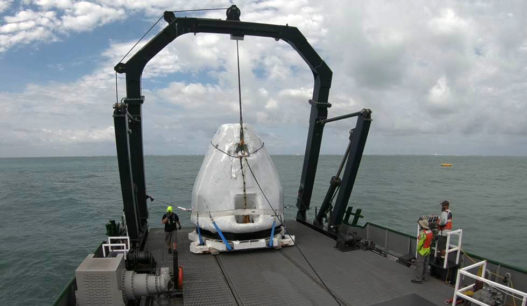 On February 28, SpaceX completed a demonstration of their ability to recover the crew and capsule after a nominal water splashdown in the Atlantic Ocean, just off the coast of Florida. (SpaceX) 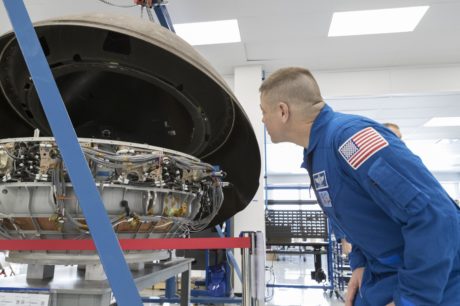 Astronaut Bob Behnken examines a sample of Crew Dragon docking and crew transfer hardware, the mechanisms that will allow the spacecraft to dock with the International Space Station and allow crew to enter the orbital outpost. Taken March 2017. (SpaceX)

Regardless, after testing at Plum Brook is completed, the DM-1 Crew Dragon capsule will be shipped to a newly-constructed processing facility in Cape Canaveral, Florida, while it’s understood that the trunk installed in SpaceX’s June 20th photo will be returned to the Hawthorne, CA factory to be outfitted with flight hardware (presumably including cameras, radiators, solar arrays, and a healthy amount of insulation). It’s unclear when the two segments of DM-1 will part ways and head on to their next destinations, but it’s likely that testing at Plum Brook will last for at least a handful of weeks.

Birds of a feather

In the meantime, several additional Crew Dragon capsules/trunks and the Falcon 9 Block 5 rockets that will launch them are in a variety of states of fabrication and assembly at SpaceX’s Hawthorne factory. B1051, the Block 5 booster assigned to the first uncrewed Demo-1 launch of Crew Dragon, was reported by NASA to be undergoing propellant tank integration in March 2018, implying that the rocket should be at or near the final stages of integration, and will likely ship to McGregor, Texas for static fire testing late this summer.

As of June 15th, SpaceX’s third Falcon 9 Block 5 booster was vertical on the Texas test stand, likely nearing its own static fire test before being shipped to SpaceX’s Vandenberg Air Force Base launch facilities for the July 20th launch of Iridium-7. While possible that a booster slipped past the watchful eyes and ears of SpaceX enthusiast observers, it’s probable that the rocket currently in McGregor is B1048, implying that a minimum of two additional booster shipments and Texas test programs remain before B1051 can be prepped to launch SpaceX’s first Crew Dragon mission. At the current marginally accelerated booster production and shipment schedule (~ 30-day cadence), B1051 would be expected to leave Hawthorne for Texas no earlier than (NET) late August or early September. This meshes with a recent comment from Commercial Crew astronaut Suni Williams:

“I think we’re going to get the [uncrewed[ demo flights probably by the end of the year, maybe a little after that . . . and then the crew demo missions next year.” 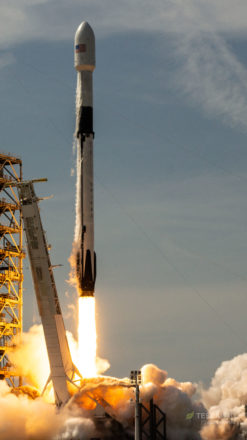 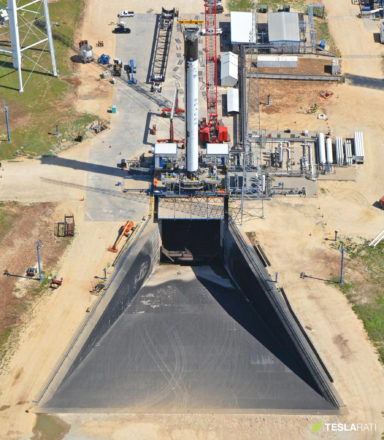 SpaceX’s second Block 5 booster was spotted vertical at the company’s McGregor, TX testing facilities. That booster has since been shipped to Florida for a mid-July launch, with B1048 now in its place as of June 15. (Aero Photo) 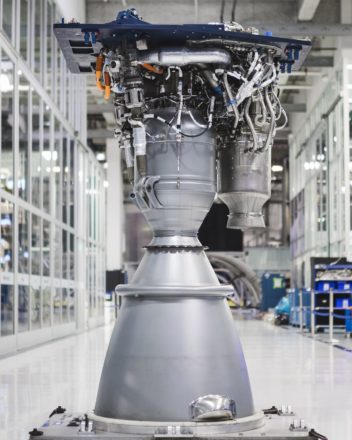 Anticipating acceptance and prelaunch testing that is far more extensive and time-consuming than typically seen with SpaceX’s commercial missions, it’s safe to bet that the first uncrewed Crew Dragon mission – DM-1 – will launch from Kennedy Space Center in November or December 2018. While those operations proceed over the course of the rest of this year, SpaceX expects roughly 10 additional Falcon 9 and Falcon Heavy launches to occur. It’s gonna be a busy H2.