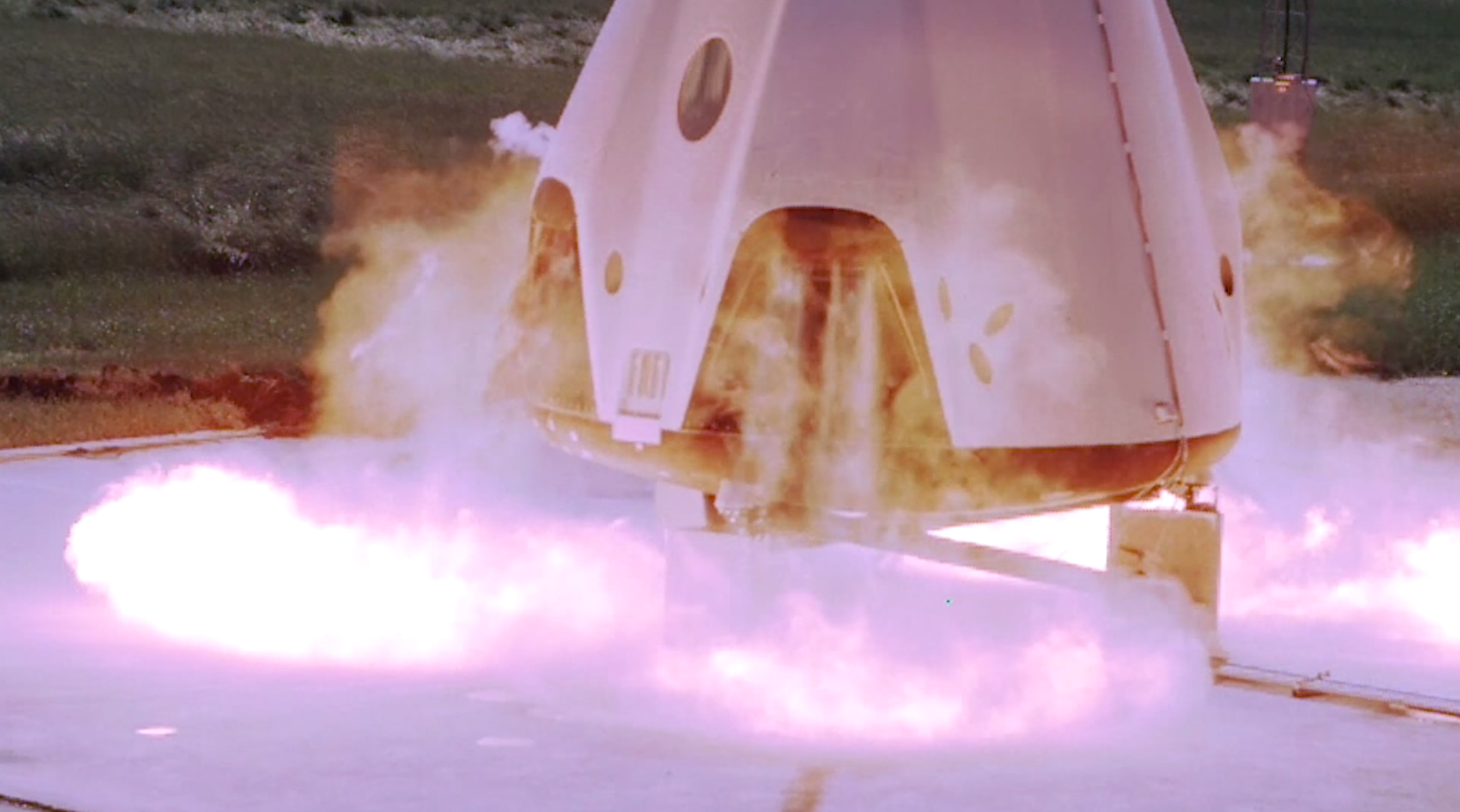 SpaceX has announced via an official update and conference call the preliminary results of a failure investigation convened immediately after Crew Dragon capsule C201 exploded in the midst of an April 20th static fire test.

Hosted by SpaceX Vice President of Mission Assurance Hans Koenigsmann and NASA Commercial Crew Program manager Kathy Lueders, the call provided some minor additional insight beyond a fairly extensive press release issued just prior. According to the preliminary results from SpaceX’s failure investigation, Crew Dragon’s explosion was unrelated to the spacecraft’s propellant tanks, Draco maneuvering thrusters, or SuperDraco abort engines. Rather, the cause lies in a more exotic and unanticipated chemical/material interaction between a plumbing valve, liquid oxidizer, and a helium-based pressurization system.

According to Hans Koenigsmann, SpaceX is approximately 80% of the way through what is known as the fault tree, essentially meaning that the failure investigation is 80% complete. That additional 20% could certainly throw some curveballs but the SpaceX executive was fairly confident that the results presented on July 15th would be representative of the final conclusion.

The ultimate (likely) cause of Crew Dragon’s extremely energetic and destructive explosion centers around the spacecraft’s extensive SuperDraco/Draco plumbing and its associated pressurization system, which uses helium to keep the pressure-fed engines, propellant tanks, and feed lines around 2400 psi (16.5 megapascals). Necessarily, this method of pressurization means that there is direct contact between the pressurant (helium) and the oxidizer/fuel, thus requiring some sort of valve preventing the pressurized fluid from flowing into the pressurization system.

During flight-proven Crew Dragon capsule C201’s April 20th static fire testing, that is reportedly exactly what happened. Over the course of ground testing, a “check valve” separating the pressurization system and oxidizer leaked what SpaceX described as a “slug” of nitrogen tetroxide oxidizer (NTO) into the helium pressurization lines. Around T-100 milliseconds to a planned ignition of the vehicle’s 8 SuperDraco abort engines, the pressurization system rapidly “initialized” (i.e. quickly pressurized the oxidizer and fuel to operational pressures, ~2400 psi).

To do this, helium is rapidly pushed through a check valve – designed with low-molecular-mass helium in mind – to physically pressurize the propellant systems. Unintentionally, the NTO that leaked ‘upstream’ through that valve effectively was taken along for the ride with the high-pressure burst of helium. In essence, picture that you crash your car, only to discover that your nice, fluffy airbag has accidentally been replaced with a bag of sand, and you might be able to visualize the unintended forces Dragon’s check valve (the metaphorical airbag) was subjected to when a “slug” of dense oxidizer was rammed into it at high speed.

In itself, this sort of failure mode is not hugely surprising and SpaceX may have even been aware of some sort of check valve leak(s) and accepted what it believed to be a minor risk in order to continue the test and perhaps examine Dragon’s performance under suboptimal conditions. What SpaceX says it did not realize was just how energetic the reaction between the NTO and the check valve could be. SpaceX’s understanding is that the high-speed slug of dense NTO was traveling so fast and at such a high pressure that, by impacting the titanium check valve, it quite literally broke the valve and may have chemically ignited the metal, thus introducing a slug of burning NTO into the liberated NTO system itself – effectively a match tossed into a powder keg.

It’s unclear if the ignition came from a chemical reaction between titanium (a technically flammable metal similar to magnesium) and NTO, or if the source came from the titanium valve being smashed apart, perhaps quite literally creating a spark as metal debris violently interacted. Either way, the solution – as SpaceX perceives it – is the same: instead of a mechanical check valve (simple but still not 100% passive), the barrier between pressurant and oxidizer (as well as fuel, most likely) will be replaced with something known as a burst disk. According to Koenigsmann, only a handful (~4) of those valves exist and thus need to be replaced by burst disks, a relatively fast and easy fix.

Burst disks are single-use and inherently unreusable, but they are also completely passive and simply do not leak until subjected to a specific amount of pressure. Because they are single-use, they can’t be directly tested prior to flight, limiting some of the in-principle reliability for the sake of an extremely leak-proof barrier.

Ultimately, both Koenigsmann and Lueders went out of their way to avoid answering any questions about SpaceX’s Crew Dragon upcoming test and launch schedule and what sort of delays the explosion will ultimately incur. Both individuals were nevertheless upbeat and by the sound of it, delays to Crew Dragon will be far less severe relative to delays caused by a pressure vessel or engine failure. For the time being, NASA has published a tentative target of mid-November 2019 for Crew Dragon’s first crewed launch to the International Space Station, while Lueders and Koenigsmann expressed hope in a 2019 launch but refused to give a specific estimate of the odds of that occurring.