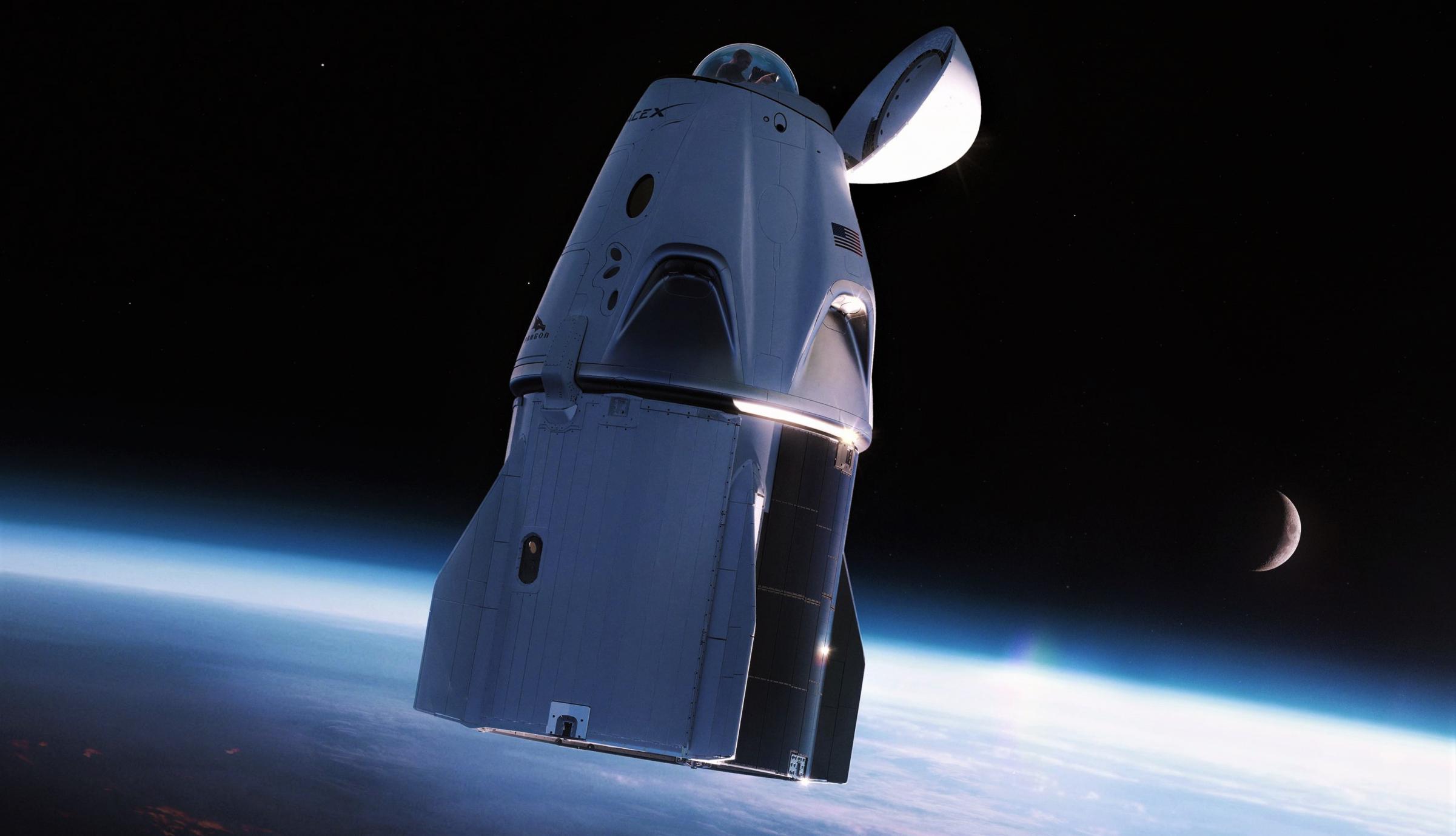 SpaceX has designed a new 'glass dome' version of Crew Dragon for free-flying missions with no need for a docking port. (SpaceX)

SpaceX and Inspiration4 customer Jared Isaacman have revealed a substantial and unexpected design change made to the Crew Dragon spacecraft that will carry the billionaire and three guests into orbit later this year.

Reminiscent of the beloved “Cupola” (Italian for dome) built by the European Space Agency (ESA) and installed on the International Space Station (ISS) in 2010, SpaceX says it has designed a spectacular ‘glass dome’ window add-on for Crew Dragon. Thanks to some level of newfound commercial interest in free-flying Crew Dragon missions, in which the spacecraft would operate as its own miniature space station for several days, SpaceX concluded that it could fully remove the spacecraft’s docking adapter.

In its place, SpaceX has apparently designed a huge, monolithic, dome-like window that promises to offer a viewing experience likely unmatched in the history of spaceflight.

While the ISS Cupola is reminiscent of Crew Dragon’s glass dome, the two windows are only similar in the sense that they’re both space-based viewing windows. Beyond that, the Dragon Dome is more akin to the ultimate realization of the platonic ideal that ESA engineers tried to achieve with the Cupola. Featuring an approximate 2:1 ratio of framework and structural support material to glass, the Cupola’s central circular window has an uninterrupted diameter of 80 cm (2.6 ft), while the whole assembly has a total internal diameter of ~2m (6.6 ft) and a depth (the ‘height’ of the conical windowed area) of about 50 cm (1.6 ft).

Assuming SpaceX is explicitly designing the dome to integrate with Crew Dragon’s existing International Docking Adapter (IDA) support structure, it could have a diameter as large as 1.4m (~4.5 ft) and a depth of 60 cm (~2 ft; assuming a perfect hemisphere for maximum strength). If SpaceX’s official render is correct, the dome will also be monolithic, meaning that the glass window itself would be completely uninterrupted by structural supports.

Much like the Cupola, which has foldable ‘petals’ that serve as shades and micrometeorite shields when the module isn’t in use, Crew Dragon’s glass dome would be safely enclosed inside the spacecraft’s nosecone. It’s unclear what material the dome would be made out of, given that large, monolithic, bulletproof domes are a technology that effectively does not exist. At least one company, Surmet, specializes in manufacturing aluminum oxynitride (“transparent aluminum”) windows, including small domes for things like missile sensor pods.

However, the maximum size of those commercial ALON domes is roughly half a foot in diameter and there is no evidence that anyone has attempted the produce an ALON dome even a full magnitude smaller than what SpaceX’s Dragon window would require. This is to say that if SpaceX has found a way to produce massive monolithic windows and domes rated for space travel, it will effectively leap from a total outsider to a de facto leader of the niche bulletproof glass dome industry. It’s worth noting that CEO Elon Musk has stated that Tesla’s Cybertruck will feature “transparent metal” windows, which would likely make the EV company the world leader in ALON window mass-production – expertise that SpaceX could borrow from given their history of joint materials R&D.

In a live March 30th event celebrating the final crew selection, SpaceX director Benji Reed stated that NASA has been closely involved with with development of Dragon’s dome window. Most notably, he strongly implied that flight-proven Crew Dragons would be able to swap between dome and docking hardware with enough ease that a Dragon flown with a dome on a SpaceX tourist mission could still be modified to support NASA astronaut launches, thus ensuring commonality within the Dragon ‘fleet’ SpaceX is building.

SpaceX has implied that its Dragon Dome will debut as early as September 2021 on billionaire Jared Isaacman’s Inspiration4 mission – currently on track to become the world’s first fully private astronaut launch.