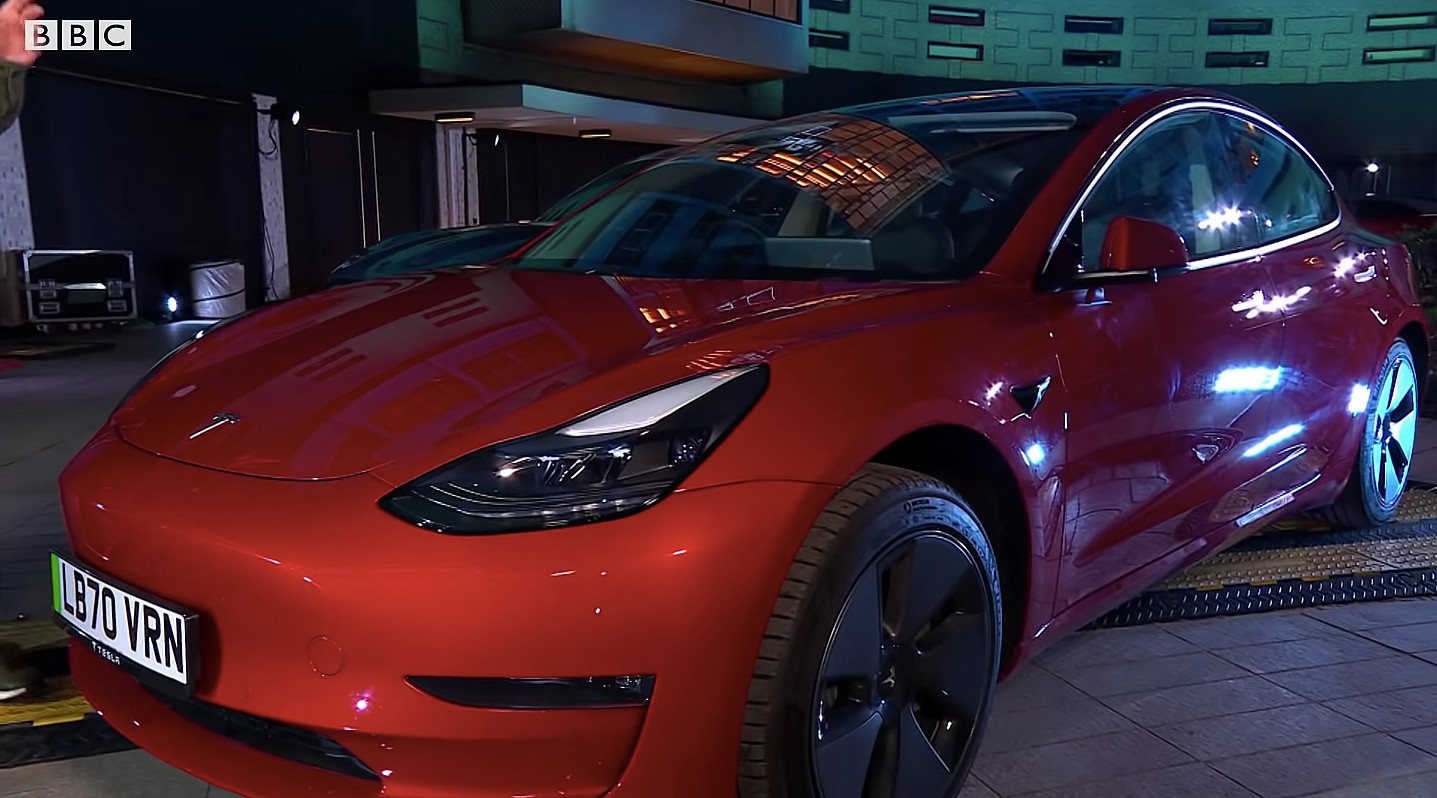 The Tesla Model 3 was recently dubbed as the best electric car on sale today by an automotive oulet that Elon Musk has clashed with in the past. In its recent “Fast Electric Car Buying Guide,” the Tesla Model 3 received some high praise from Top Gear, as explained by presenter and veteran motoring journalist Chris Harris.

Harris has garnered respect and esteem in the motoring world through his sharp driving instincts and high standard for cars. Fans of the Top Gear presenter know that it takes a lot for Harris to be impressed, so much so that he ended up being banned by both Ferrari and Lamborghini from reviewing their vehicles in the past due to his critical stance on the automakers’ supercars.

These sharp takes were evident in Harris’ recent feature, which involved him providing quick critiques for several popular electric cars. His opinions on some of the vehicles were classic Harris, as seen by him calling out the Honda e’s bad range, the Mach-E’s strange attachment to the Mustang legacy, and the Mercedes-Benz’ EQC’s unremarkable capabilities and design.

Harris, however, did not have such reservations about the Tesla Model 3. While the veteran motoring journalist aptly called out Tesla’s known quality issues, Harris did note that the positives of the Model 3 far outweigh its potential build imperfections. The Top Gear presenter was clear, noting that if one were considering buying an EV, it would be difficult not to consider the Model 3, thanks to the vehicle’s performance and its suite of services that make ownership seamless.

“I remain to be persuaded on this one (the Mustang Mach-E), but I don’t on this next car because this is the best electric car on sale all round. The Tesla Model 3—this is the Long Range version. It’s incredibly fast, incredibly clever, it’s built by people that don’t seem to really care about build quality, but who cares because you get the Tesla charging network, you get everything at the moment. If you’re buying an electric car, it’s very, very difficult not to automatically buy this one,” Harris said.

Harris is no stranger to the Model 3, having reviewed the top-tier Performance variant back in mid-2019. During his time with the Model 3, Harris was highly impressed by the vehicle’s capabilities, noting that the all-electric sedan is way more ferocious than its looks would suggest. The Model 3 was also featured in Top Gear Season 29, where the vehicle participated in a 24-hour challenge against a hybrid BMW 3-Series and a Volvo S60. The Model 3 proved equally impressive then, with Harris concluding that he would personally choose the Tesla over the two German “green” cars if given the choice.