Update: Readers on Reddit more familiar with patent processes have noted that the USPO filings written about herein were not patent grants but rather patent applications. While a patent grant is not guaranteed and will likely take many additional months to be completed, all other points made in this article still stand.

SpaceX has been granted domestic (U.S.) and international patents for a custom version of an antenna known as a phased array, in this case featuring significant upgrades in pursuit of greater energy efficiency, higher bandwidth, lower weight, and simplified manufacturing, all things that would be a boon for the realization of SpaceX’s global Starlink internet satellite constellation.

With a minimum of ~4400 satellites required for the first wave of global and continuous internet coverage, SpaceX will need to invent unprecedented methods of mass-producing efficient and reliable spacecraft on a scale that has never been attempted in the satellite manufacturing industry. 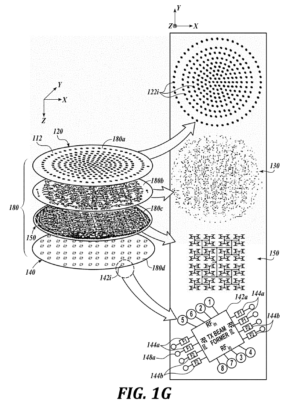 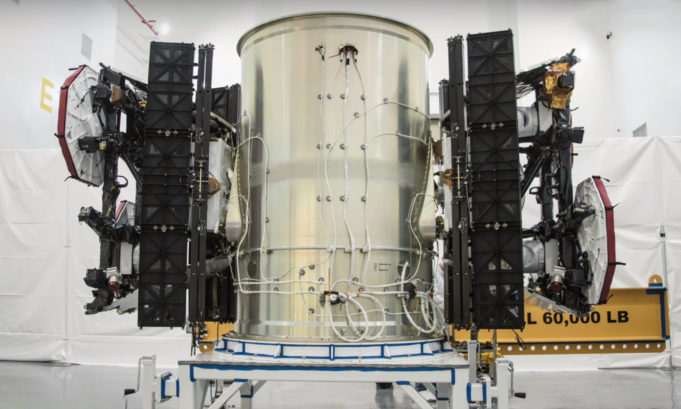 While highly technical and difficult to parse, the granted patent and the dozen or so figures accompanying it offer at least a theoretical glimpse into the inner workings of SpaceX’s extremely secretive satellite internet constellation project, the hubs of which can be found in Seattle and Redmond, Washington. Currently employing at least 300 people dedicated to Starlink, the teams involved are pushing full speed ahead into a new phase of manufacturing design and development, evidenced in part by hiring patterns and even this patent, which itself places significant focus on manufacturability, a telltale sign that SpaceX is unlikely to let it sit around gathering intellectual property dust.

It’s entirely possible that SpaceX has chosen to file patents through individual employees or shell LLCs, but this phased array antenna patent – filed in February and granted in August 2018 – is by all appearances the third patent ever granted directly to SpaceX, alongside aluminum-honeycomb manufacturing and a critical component of its Merlin rocket engines. Perhaps this serves as some sort of indicator of how important Starlink actually is behind the veil, although it may also simply reflect the intense competition circling the prospects of a low Earth orbit satellite internet constellation. 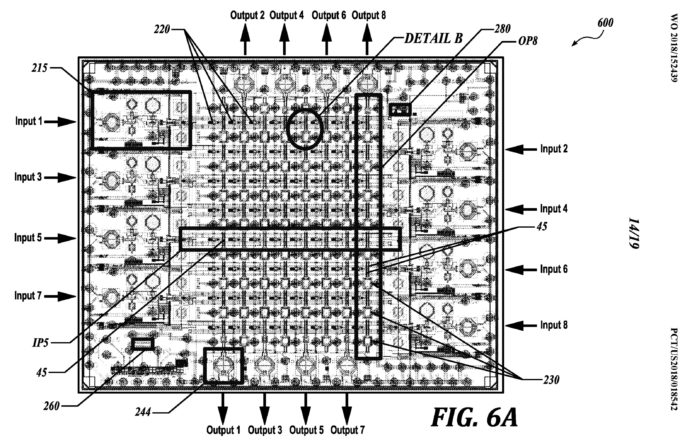 The technical term for this is “science rectangle.” In all seriousness, this is actually an extraordinary glimpse at custom silicon developed in-house at SpaceX, in this case a semiconductor die. (SpaceX)

This hypnotic animation shows a phased array antenna in action, with the longer and wider ‘lobes’ indicating beams being intentionally created. (Wikipedia – Maxter315) 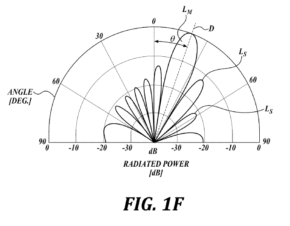 A diagram in SpaceX’s phased array patent visualizes some of the benefits derived by their specific design, particularly eliminating or reducing the smaller protuberances (known as “side lobes”). (SpaceX)

Other companies like OneWeb and Telesat are also racing to field their own several-hundred or several-thousand satellite constellations, and OneWeb may well be the closest to actually serving customers with operational satellite launches potentially beginning as early as December 2018 to February 2019. Still, SpaceX’s own prospective Starlink constellation is exceptional due to the sheer amount of work that the company is attempting to do in-house, to the extent that senior leaders of the R&D team have recently implied that work not done in-house was generally outsourced only due to “lack of engineering bandwidth”.

Ultimately, this patent and many of the diagrams within suggest that SpaceX may actually be getting relatively close to mass-production of high-performance Starlink satellites. Of particular note, the integrated circuit CAD view offered in Figure 6A hints that an impressive amount of work has been put into designing, building, testing, and refining custom and application-optimized computational hardware, an entirely new and highly complex field for SpaceX to enter into.