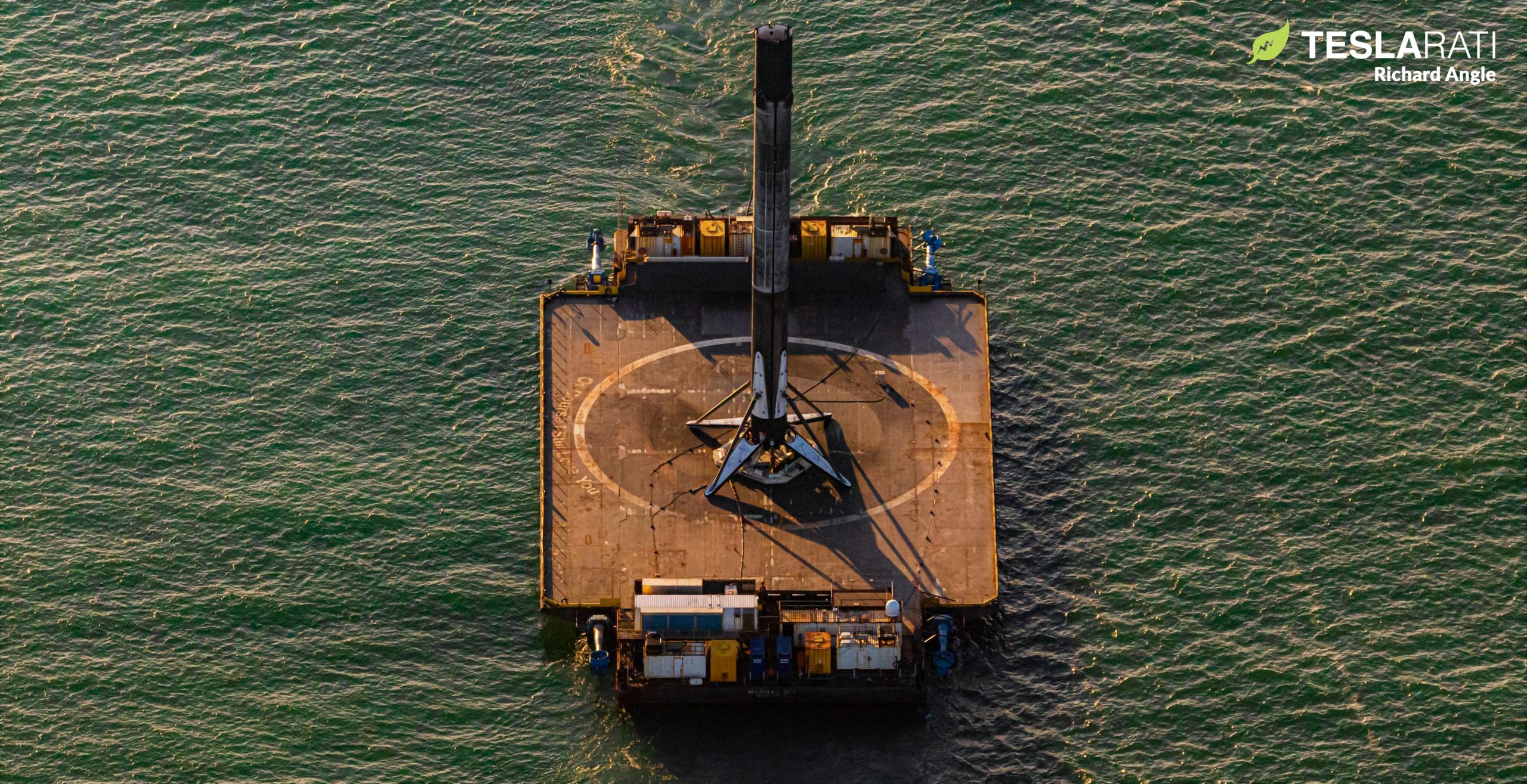 SpaceX drone ship Of Course I Still Love You (OCISLY) has departed Port Canaveral - possibly for the last time ever - and begun the long journey west to California. (Richard Angle)

SpaceX’s longest-lived and most prolific drone ship has departed Port Canaveral just a few days after preparations appeared to begin for a several-thousand-mile journey from Florida to California.

Formerly stationed in California, drone ship Just Read The Instructions (JRTI) was transported from Port of Los Angeles to Port Canaveral, inspected, and substantially upgraded between August 2019 and May 2020. SpaceX relocated the vessel to give its East Coast fleet a redundant pair of drone ships and enable a launch cadence boost otherwise unachievable. That decision proved smart and SpaceX has made excellent use of both drone ships, completing an incredible 36 orbital Falcon 9 launches, 36 landing attempts, and 35 successful booster recoveries in the 12 months since JRTI entered service alongside OCISLY on the East Coast.

Now, though, SpaceX once again needs a drone ship on the West Coast to support a significant number of polar Starlink launches and missions for US government customers after completing just two launches out of Vandenberg Air/Space Force Base (VAFB) in the last 24 months. Targeting an average cadence of one VAFB launch per month, the first phase of SpaceX’s Starlink constellation – ~4400 satellites – will require approximately two dozen dedicated Falcon 9 launches to fill out three ‘shells’ of polar-orbiting spacecraft.

Once the constellation is outfitted with laser interlinks, polar-orbiting Starlink satellites will allow SpaceX to truly deliver internet anywhere on Earth while also enabling access to growing markets for in-flight and maritime connectivity.

Curiously, SpaceXFleet.com and NextSpaceflight’s Michael Baylor have confirmed that drone ship OCISLY is headed for the Bahamas before traveling to the Panama Canal and will reportedly be loaded onto a semi-submersible heavy-lift transport ship called Mighty Servant 1. Normally tasked with lifting multiple stacked barges, building-sized oil and gas equipment, and entire ships, MS1 will instead transport OCISLY through the Panama Canal and to Port of Long Beach with the drone ship resting on its raised deck.

Why isn’t entirely clear but using a transporter like Mighty Servant 1 – while expensive – could expedite the journey by ~30%, make squeezing a ~53-meter-wide barge through a 55-meter-wide canal less anxiety-provoking, and ultimately allow SpaceX to stick to a schedule that would see it kick off West Coast Starlink launches this July.