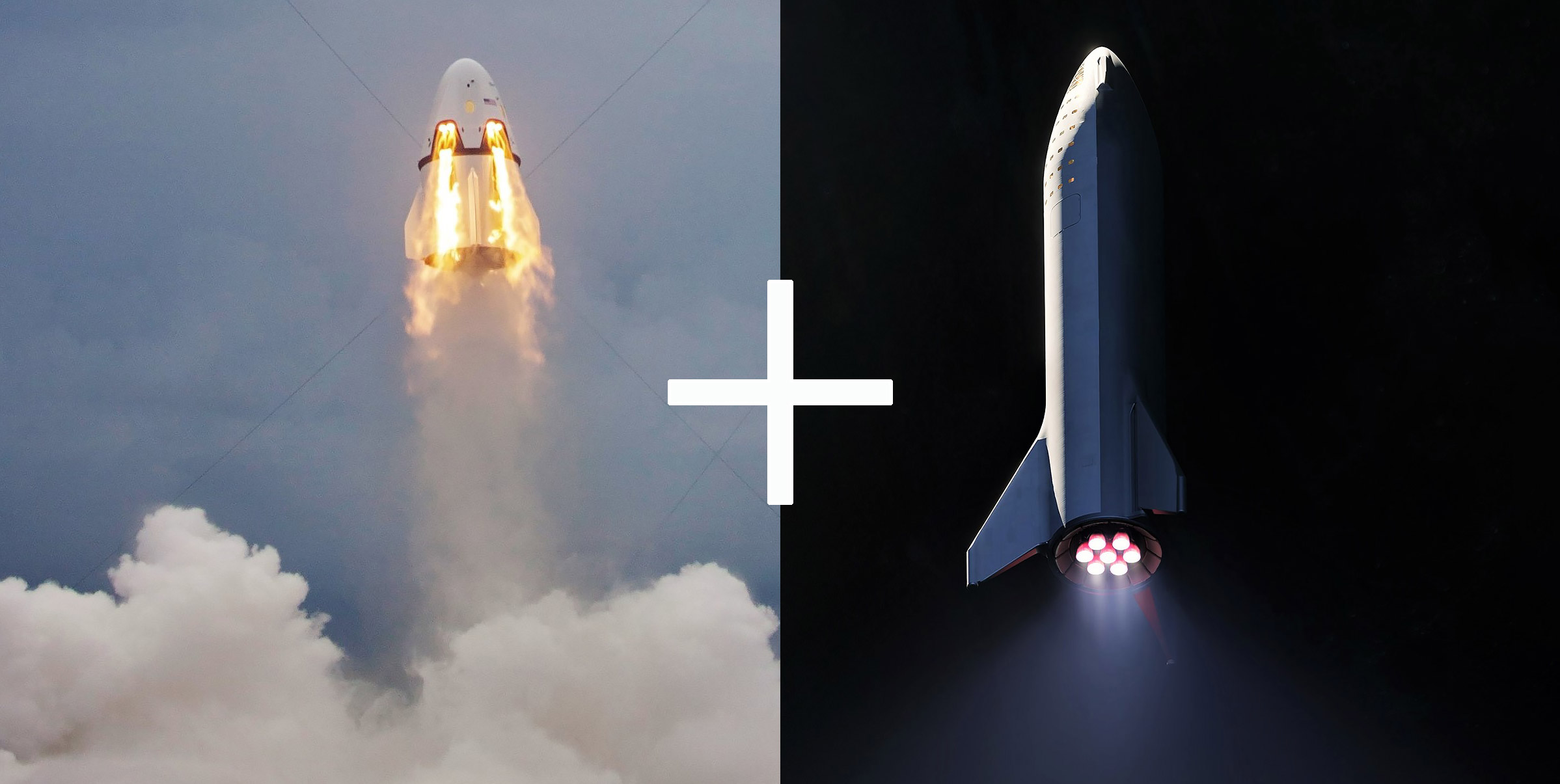 SpaceX CEO Elon Musk says that Starship could eventually be capable of pad aborts, much like Crew Dragon. (SpaceX/Teslarati)

Despite a number of technical hurdles, SpaceX CEO Elon Musk believes that the company’s next-generation Starship spacecraft could eventually be capable of pad aborts in the event of a Super Heavy booster failure before liftoff.

For a vehicle as large and heavy as Starship, this would necessitate a number of compromises, but would undoubtedly serve as a major confidence-booster for prospective passengers in lieu of an established record of reliability. If Starship were capable of pad aborts like the company’s Crew Dragon spacecraft, high-profile and high-value customers like NASA and other space agencies could be far more willing to place astronauts and payloads on what they perceive to be a bizarre but high-performance launch vehicle.

Although SpaceX would almost certainly prefer that Starship and Super Heavy skip the first half of Falcon 9’s life cycle (marked by two catastrophic failures), building a new launch vehicle – particularly one with all new materials, engines, and production processes – is extremely challenging, and failures are to be expected as kinks are worked out.

On the plus side, after several lessons were learned the hard way, SpaceX has demonstrated that it can build an extremely reliable launch vehicle. Since its last catastrophic failure in September 2016, SpaceX has successfully completed 49 launches of Falcon 9 and Falcon Heavy in barely 2.5 years, compared to 29 launches (with 2 failures) from 2010 to 2016. In short, SpaceX has simultaneously proven that it can beat almost any other single provider’s launch cadence and do so with impressive reliability, all while pushing the boundaries of reusable rocketry and constantly upgrading flight hardware.

Destroying customer payloads remains unacceptable, but the ultimate success of SpaceX’s Falcon launch vehicle family – at the cost of two operational failures – is undeniable. With Starship and Super Heavy, SpaceX thankfully has several new advantages, owing to its spectacular success over the last few years. With the fruit of major fundraising in hand, an independent F9/FH launch business humming along, and the freedom to pursue significant R&D projects on its own dime, SpaceX may be able to stomach one or several Starship/Super Heavy failures and do so during internal missions.

By accepting possible (and probable) vehicle failures during development and insulating SpaceX’s external customers from any associated risk, the company should be able to develop Starship and Super Heavy in exactly the ways it wants to.

Hence CEO Elon Musk’s indication that SpaceX “is not planning for pad abort with early Starships”. In short, adding the ability for pad aborts to Starship would/will be a major challenge. Assuming a dry mass of 100 tons (220,000 lb) and a wet mass of 1000-1200 tons (2.2M-2.7M lb), Starship’s six planned Raptor engines – capable of producing up to ~1200 tons of thrust at sea level – could be barely enough to lift a fully-fueled spacecraft. In pad abort scenarios, the rocket booster would be suffering some sort of catastrophic failure, if it wasn’t already mid-explosion. As such, getting far away from said explosion as fast as possible is the name of the game, particularly if the priority is ensuring passenger/astronaut survival.

Starting a high-performance liquid rocket engine fast enough to make an abort possible is also a major challenge, though Musk says that Raptor could be capable of extremely fast start-ups in emergency scenarios. Assuming that Raptor can somehow be ignited from standstill in less than a second (preferably 0.1-0.5s) and would still be able to ignite a second time for a soft landing, SpaceX could technically give Starship the thrust-to-weight ratio needed to quickly escape a Super Heavy failure by reducing the propellant load. With the minimal propellant needed to safely reach a stable low Earth orbit (LEO) during crewed Starship launches, SpaceX would have to lean almost exclusively on rapid orbital refueling, but the combination might be enough to ensure that Starships can abort at almost any point during launch.

It’s extremely unlikely that SpaceX will pursue this capability during the prototype phase, but it may not be out of the question for the first crewed mission(s) of finalized Starships.