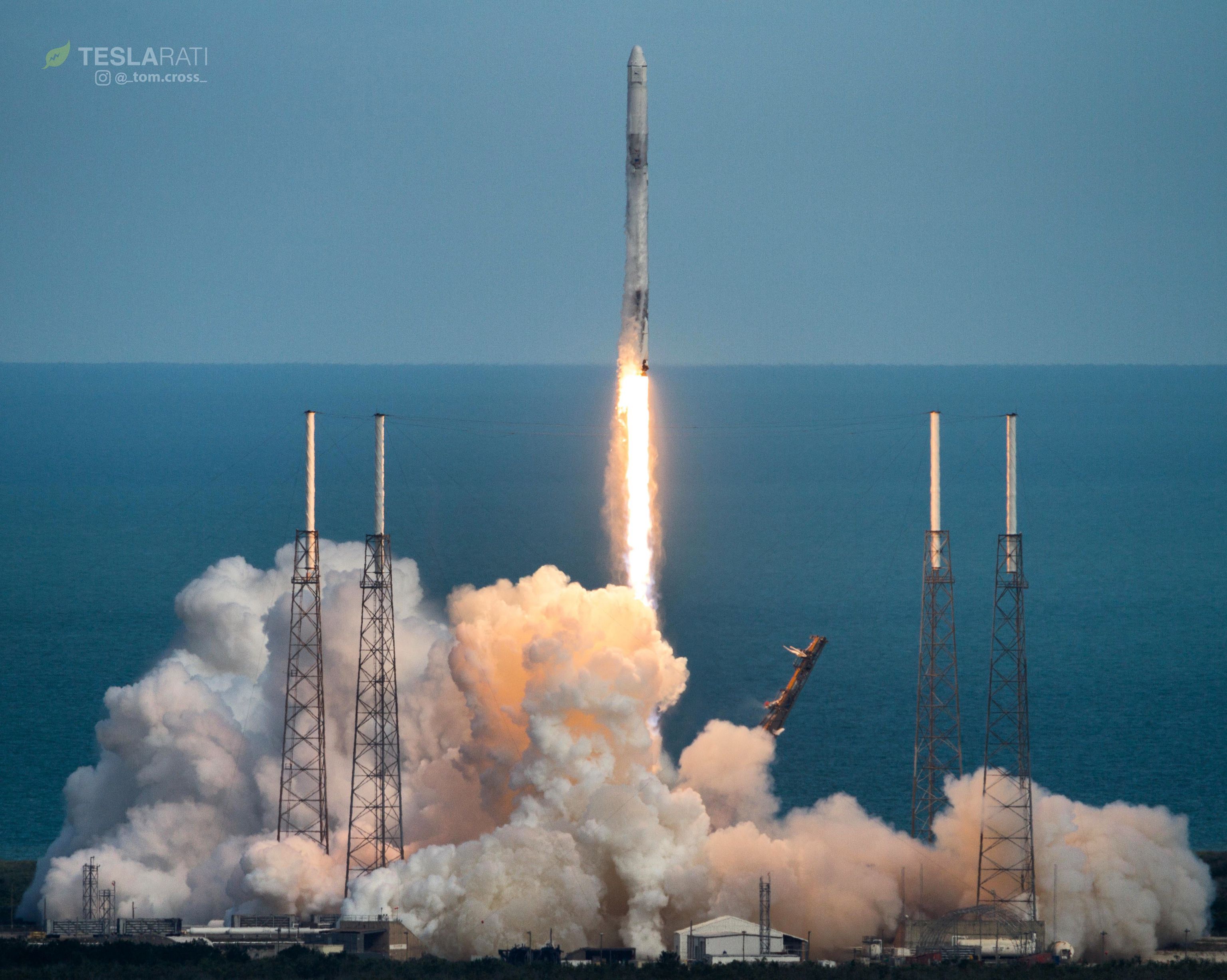 SpaceX has completed their second launch in less than four days, and the company’s 14th Cargo Dragon mission has successfully made it to a safe parking orbit where it will make its way to the International Space Station over the next two days.

Carrying nearly 5,800 pounds of perishables, experiments, and scientific equipment to be bolted to the outside of the ISS, this particular Cargo Dragon flew once before in 2016, while the booster that lifted it above Earth’s thin atmosphere was tasked with launching CRS-12 in August 2017. According to Jessica Jensen, SpaceX’s Director of Dragon Mission Management, this particularly Dragon capsule was the first to fly with upgraded water sealing, meaning that it was considerably easier (and thus cheaper) for SpaceX to refurbish and refly. The only items that had to be replaced this time around were the heatshield, trunk, and parachutes, and this experience will undoubtedly translate into Dragon 2 (Cargo Dragon), likely ensuring exceptional reuse characteristics for that the company’s next-gen capsule. 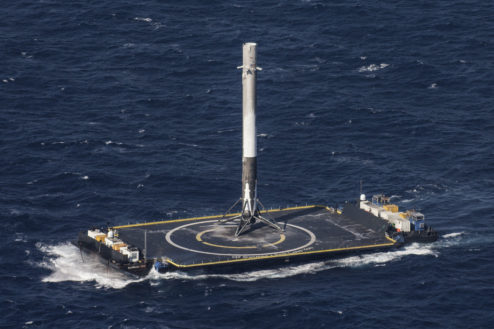 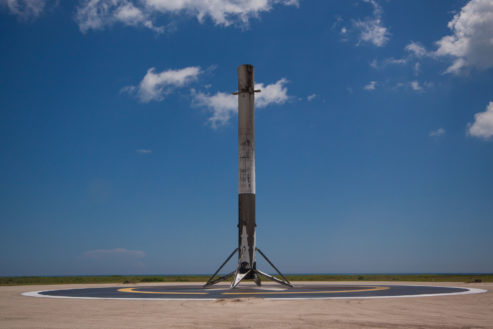 Sadly, CRS-14’s doubly flight-proven launch also marked yet another expended booster – B1039 happened to be the first Block 4 version of Falcon 9’s stage to fly a mission. Jensen described that SpaceX – accustomed to making these decisions on a case-by-case basis – had chosen to expend this particular booster after concluding that the benefits of testing extreme booster trajectories and recovery profiles outweighed the difficulty (and cost) of refurbishing a Block 4 booster for a third launch. In this case, B1039 would have been the best option if SpaceX had any desire to fly a booster more than twice before the introduction of the purpose-driven, next-generation Block 5 reusability upgrade – Block 4 was clearly not built to fly more than twice without an uneconomical amount of refurbishment.

The second liftoff of this Falcon 9 booster and Dragon is on its way to the International Space Station! @Space_Station your item is on the way! #spacex #Falcon9 #dragon #CRS14 pic.twitter.com/z4BKJ7zEnS

While no specific details were given and live coverage shown of the soft-landing, it’s presumed that B1039 continued in the footsteps of water landings that followed GovSat-1 and Hispasat 30W-6 in January 2018 and March 2018. These uniquely aggressive landing attempts are all believed to have ignited three Merlin 1D engines rather than the single engine typically ignited for landing burns, providing a more efficient use of propellant reserves at the cost of extreme acceleration (G) forces and far slimmer margins of error. The ultimate promise of these tests, if successful, is to allow SpaceX the option of recovering boosters during missions with heavier payloads and higher orbits.

The imminent NET April 24 inaugural launch of SpaceX’s rapid reuse Falcon 9 “Block 5” will mark the beginning of a new era of rocketry for SpaceX, where expendable missions are likely to become a rarity. Expending a single Block 5 booster could fairly be perceived as throwing away the potential revenue and income from anywhere from 5-100 future re-flights. As such, SpaceX has every reason to expend non-Block 5 boosters with the hope of ensuring that fewer new-generation rockets end up expended after launch.

Intriguingly, Jensen also noted in a prelaunch briefing that SpaceX’s Cargo Dragons are certified for as many as three orbital reuses – a possibility as SpaceX steps towards completing all 20 of its contracted CRS-1 missions, the final five of which are scheduled to resupply the ISS between now and early 2020. After the final CRS-1 launch, NASA has already awarded SpaceX and Orbital ATK contracts for CRS-2, a second Commercial Resupply Services contract that will begin in 2020 and fly on OATK’s upgraded Cygnus and SpaceX Dragon 2, potentially repurposing recovered Crew capsules in the case of SpaceX.

Up next on the SpaceX calendar are a number of conferences and presentations over the next two or three weeks, followed by SpaceX NASA TESS mission on April 16 and the debut of Falcon 9 Block 5 for the launch of Bangabandhu-1, April 24. SES-12 may be launched sometime in early May or late April, and the next West coast launch of Iridium-6/GRACE-FO is expected to occur NET May 10. 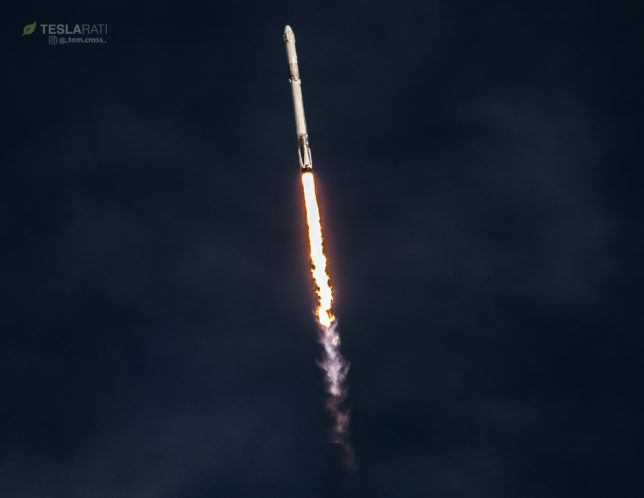 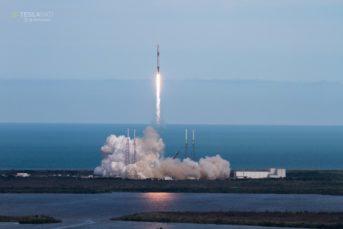 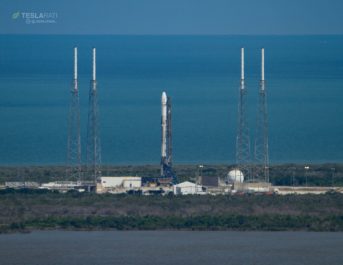 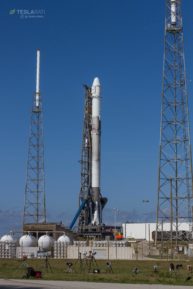 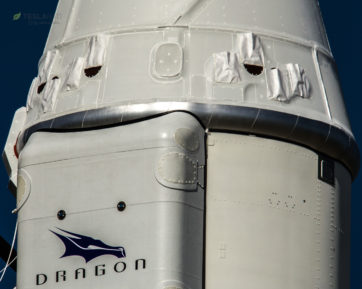 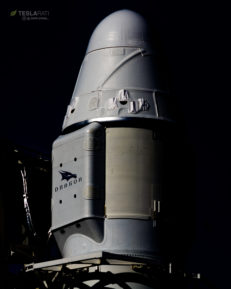 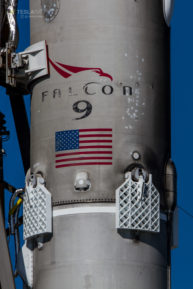 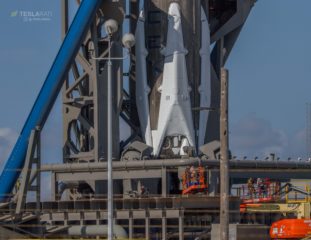 SpaceX technicians work at the base of Falcon 9 B1039 ahead of launch, CRS-14. (Tom Cross) 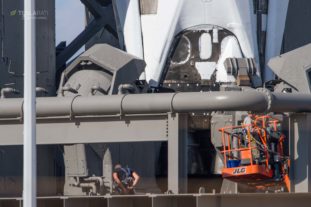 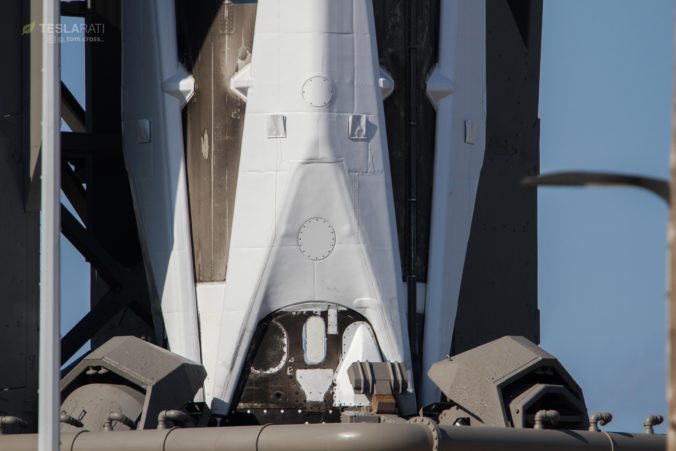