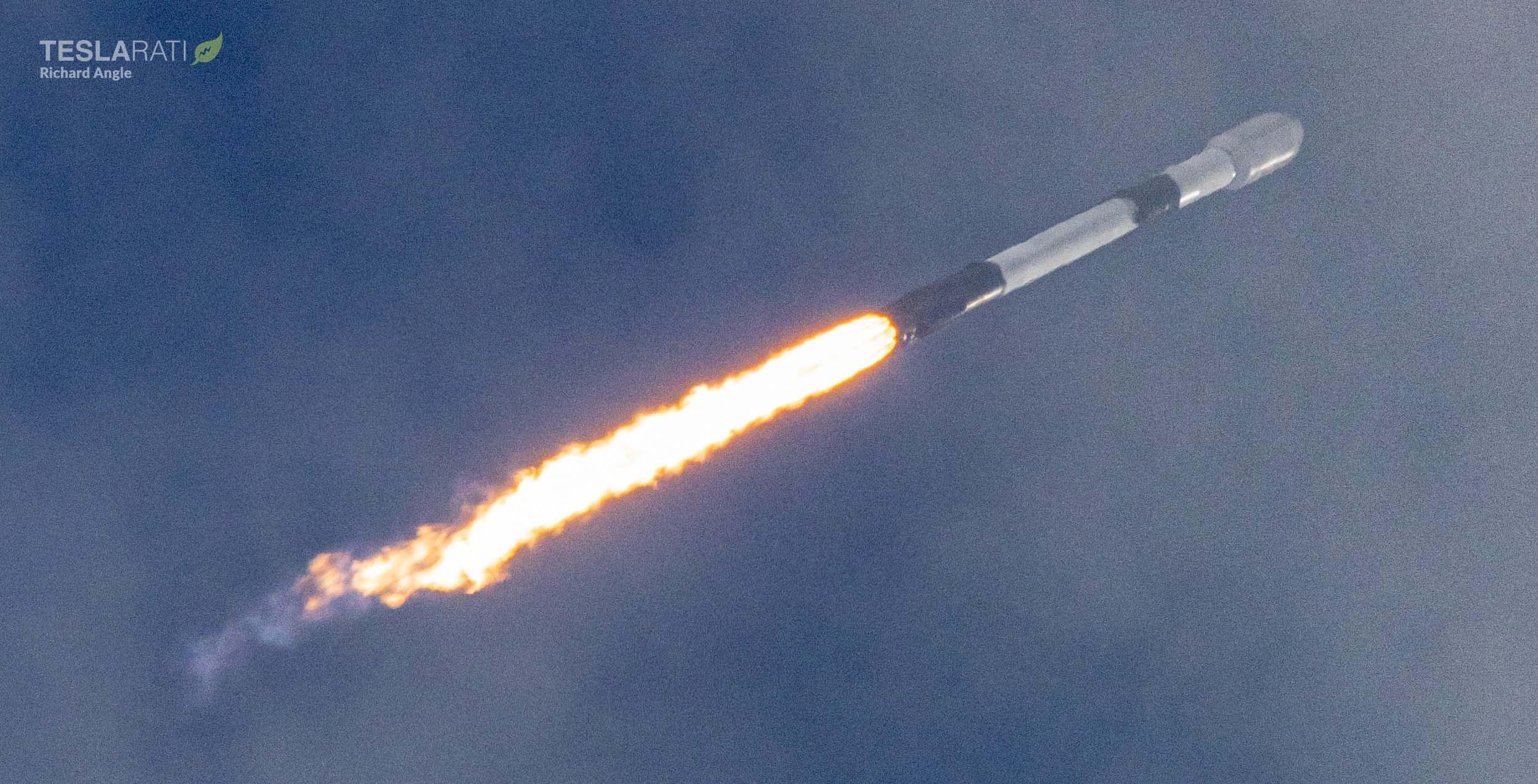 SpaceX has successfully launched and landed the same Falcon 9 booster a dozen times for the second time in a matter of weeks.

Falcon 9 B1060 lifted off around 1:51 pm EDT (17:51 UTC) on Thursday, April 23rd and performed almost exactly as expected; lifting an expendable upper stage, payload fairing, and another batch of 53 Starlink V1.5 satellites most of the way out of Earth’s atmosphere before shutting down its nine Merlin 1D engines and separating. While the upper stage ignited its lone Merlin Vacuum engine and loosed its fairing, booster B1060 coasted to an apogee of 116 kilometers (~72 mi) after reaching a maximum speed of 2.2 kilometers per second (Mach 6.4 or ~5000 mph). Eventually, the Falcon 9 first stage began falling back to Earth and ignited three of its Merlin 1D engines for a reentry burn design to both slow the vehicle down and partially protect it with its own exhaust to limit heating.

Falcon 9 B1060 capped off its 12th launch with a nominal landing burn and touched down on drone ship Just Read The Instructions (JRTI) – stationed 629 kilometers (390 mi) downrange – about eight minutes after liftoff. The only aspect of the launch that was slightly off was the last second or so of B1060’s landing. Its lone Merlin 1D landing engine appeared to burn for just a little too long, resulting in the booster dropping a few feet onto JRTI’s deck. Falcon boosters are designed to survive far harder landings, however, so the extra stress should be entirely marginal.

With its 12th mission complete, B1060 has launched an average of once every 55 days over the last 22 months. B1060 also set SpaceX’s current Falcon 9 booster turnaround record of 27 days between launches – fully halving the far more complex Space Shuttle orbiter’s 54-day record. Altogether, out of a total of 21 total flight-proven Falcon 9 Block 5 stages, SpaceX’s four most productive Block 5 boosters have completed 45 orbital-class launches in the last three and a half years – more than half of all Falcon 9 launches conducted in the same period.