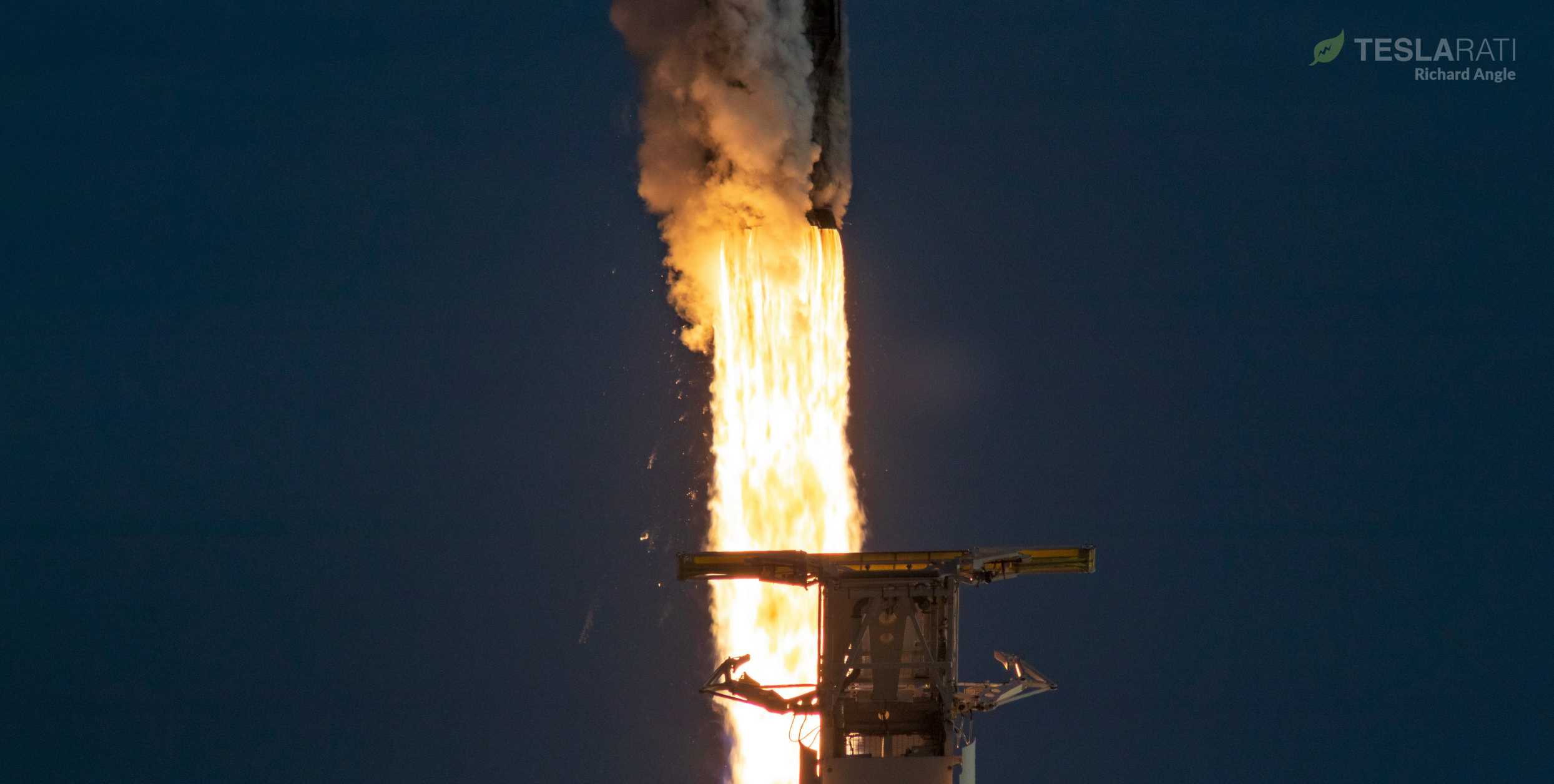 SpaceX has suffered its second rocket landing failure of 2020 despite the fact that both lost Falcon 9 boosters successfully launched 60 Starlink satellites, an anomaly that CEO Elon Musk says will need a “thorough investigation”.

After a rare last-second launch abort on March 15th and a three-day range-related delay, Falcon 9 booster B1048 lifted off with 60 upgraded Starlink v1.0 satellites on its fifth orbital-class mission. At least for the first two and half minutes, the booster performed precisely as intended, carrying a fueled upper stage and its ~16 metric ton (36,000 lb) payload to an altitude of 55 km (34 mi) and a velocity of 1.8 km/s (1.1 mi/s). However, about 10 seconds before the booster reached main engine cut-off (MECO) and stage separation, something went wrong.

While there is some ambiguity in his response, according to Musk, at least one of Falcon 9 B1048’s nine Merlin 1D engines performed an early shutdown before MECO. The rocket’s computer immediately accounted for the anomaly, extending the remaining eight-engine booster burn 5-7 seconds beyond the nominal timeline to ensure mission success. While the booster’s loss is still disappointing and the premature engine shutdown more than a little concerning, it’s critical to remember that mission success was ensured. Just 15 minutes after liftoff, the rocket’s upper stage successfully spun up and deployed another 60 Starlink satellites, bringing SpaceX’s operational constellation to an incredible ~350 satellites.

Based on live views available from SpaceX’s launch webcast, it appears that Falcon 9’s “early engine shutdown” is more of a euphemism for a fairly violent engine failure that triggered an instantaneous cutoff, preventing damage elsewhere. While SpaceX would certainly rather avoid in-flight engine failures, Falcon 9’s nine Merlin 1D booster engines are installed inside an aluminum ‘octaweb’ structure that transmits their thrust to the rest of the rocket but also effectively quarantines each engine in a blast-proof bunker.

Nevertheless, the rocket’s highly-attuned software and affected octaweb engine bunker did their jobs, instantly shutting the failing engine down while also preventing the explosion and resulting shrapnel from damaging the rest of the rocket. More likely than not, B1048’s autonomous decision to always put mission success before booster recovery lead the booster to expend a majority of the propellant needed for its landing attempt to make up for the 10 or so seconds operating at only ~89% thrust.

As a result, B1048 may have simultaneous subjected itself to a much more extreme atmospheric reentry and run out of propellant before it could complete (or maybe even start) its drone ship landing burn. There’s also a chance that the engine that failed was one of the three engines required for reentry and landing burns, an asymmetry that would be impossible to overcome on the fly. Ultimately, the booster likely impacted the ocean at a near-supersonic velocity, smashing it into aluminum confetti. Thankfully, the late B1048 had a record-breakingly productive career as an orbital-class booster, placing dozens of tons of payload into orbit over five successful launches. Its loss is regrettable but the booster has more than earned its keep.

Aside from two twice-flown Falcon Heavy Block 5 side boosters of unknown status and 2-3 new boosters assigned to critical NASA and US Air Force missions, SpaceX’s fleet is now down to just three flightworthy Falcon 9 boosters. This could dramatically limit its options for near-term commercial flights, as none of those rockets – even assuming flawless launch and landing debuts – will likely be ready for their first reuses until May or June. Meanwhile, B1051 and B1049 have three and four missions under their respective belt and both completed their last launches just 50-70 days ago, while B1059 flew for the second time just two weeks ago. Despite the fact that it successfully completed its fifth mission, B1048’s in-flight engine failure will almost certainly delay upcoming launches, although the degree of those delays is up for debate.

Up next for SpaceX is SAOCOM 1B, an Argentinian radar satellite set to become the first payload launched into a polar orbit from the US East Coast in half a century. Before B1048’s anomaly, the mission was scheduled to launch no earlier than March 30th and could use any of unassigned boosters described above