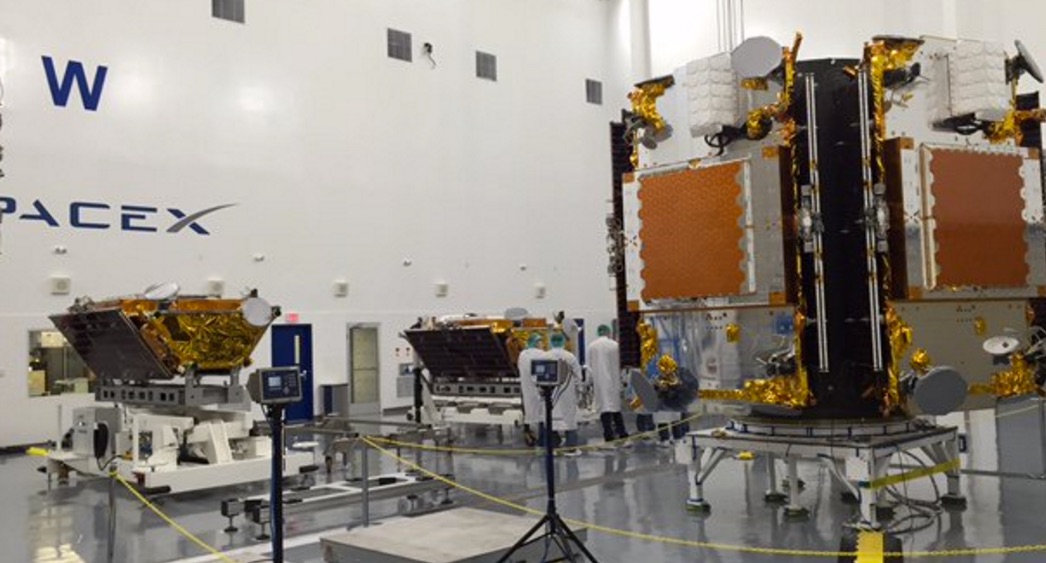 As we reported yesterday, the team at SpaceX was planning a countdown rehearsal and Falcon 9 static fire test ahead of its planned launch, now set for Monday, Jan. 9 at 10:22am PST from the company’s west coast launch site at Vandenberg Air Force base.

In a new tweet sent by SpaceX founder and CEO Elon Musk, the serial tech entrepreneur and chief behind Tesla, confirmed that “hold-down firing” of the Falcon 9 rocket to be used in the upcoming mission has been completed. “All systems are go for launch next week”, says Musk.

Hold-down firing of @SpaceX Falcon 9 at Vandenberg Air Force completed. All systems are go for launch next week.

The excitement was shared across Iridium’s Twitter handle and website. The Virginia-based communications company will be sending ten mobile voice and data satellites into orbit on top of SpaceX’s Falcon 9 as part of the upcoming launch mission.

“Iridium is excited to share SpaceX’s news that the static test fire of the Falcon 9 is complete, and that the rocket should be ready for the first launch of 10 Iridium NEXT satellites on Monday, January 9th at 10:22 am PST, weather permitting.” says the company through its website.

“The Iridium team has been anxiously awaiting launch day, and we’re now all the more excited to send those first ten Iridium NEXT satellites into orbit.” said Matt Desch, chief executive officer at Iridium.

Iridium is excited to share we're planned to launch on Monday, Jan 9 at 10:22am PST weather permitting. https://t.co/wiHgvdD6lk #IridiumNEXT

Iridium has inked a deal with the California-based space company that would see the send off of 70 Iridium NEXT satellites into space on a SpaceX Falcon 9 rocket. Each launch mission will carry 10 satellites said to have a value of $284 million and a combined value of nearly $2 billion across all 70 satellites. The upcoming Jan. 9 flight will mark the heaviest payload SpaceX has carried to date.

Follow us @Teslarati and on Facebook to see live coverage of the event as our team makes its way to Vandenberg on Monday.