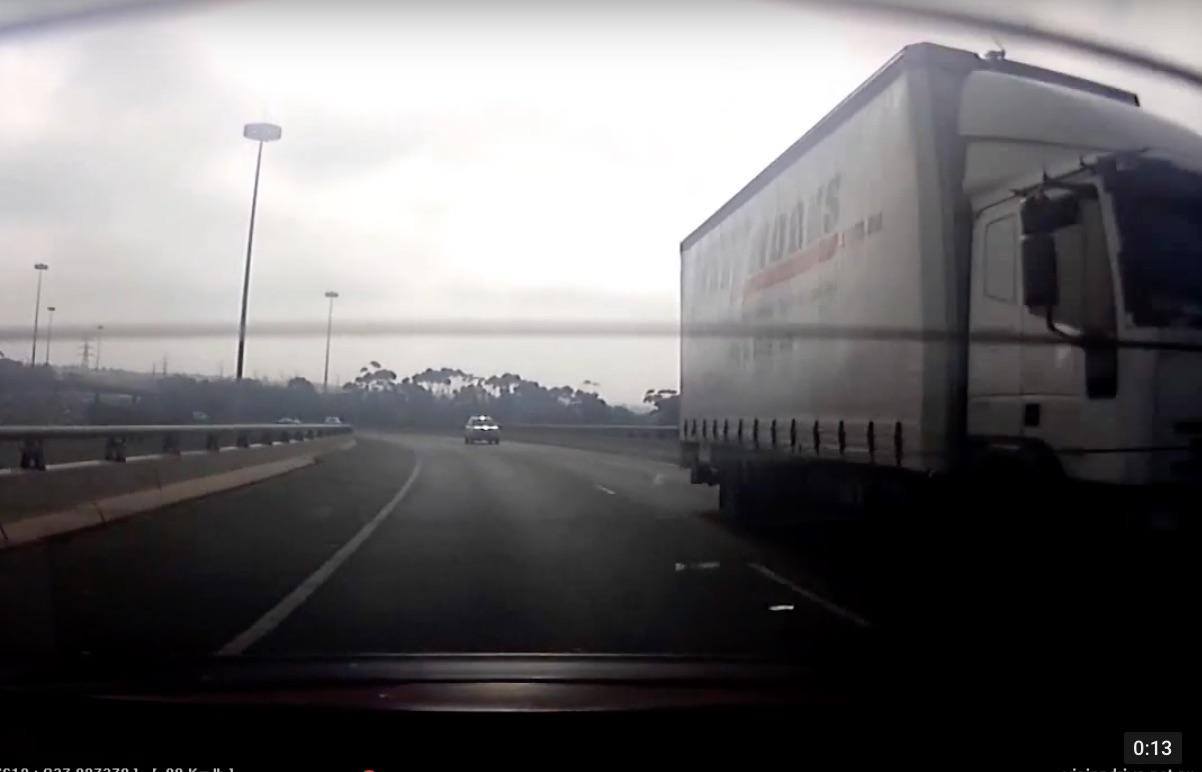 A Tesla owner in Australia can thank his Model S this new year after the vehicle’s built-in collision avoidance system, in conjunction with Lane Assist, intervenes to quickly steer them away from a potential side collision with a truck. While Tesla Autopilot’s newest radar technology has been credited with preventing injuries worldwide – most recently seen predicting a collision before it happens – vehicles equipped with Tesla’s Driver Assistance components come with standard safety features that owners may not even be aware of.

Model S P90DL owner Calvin Tam from Australia sent us the following dash cam video showing his Tesla alerting him of a large commercial truck that began to veer into his lane. What’s notable is the fact that Calvin’s Model S quickly steered away from the truck while operating under Traffic-Aware Cruise Control (TACC) and was disengaged from the vehicle’s Autopilot auto-steering capability.

“I felt the pretty firm tug on the steering wheel & heard the triple chime (which sounded like the too close to an object parking chime), the truck nearly hit my rear left side”, says Calvin in speaking with Teslarati.

“This happened on my way to the office in Melbourne, Victoria, Australia. The exact GPS coordinates are embedded in the video. If you check the map, you’ll see that it’s a long right turn which I normally just have the TACC on, even though Autopilot can handle this particular bend.”

Sure enough, as we dig deeper into language from the Model S owners manual, we see that the vehicle’s Lane Assist feature is designed to “provide steering interventions if Model S [or Model X] drifts into (or close to) an adjacent lane in which an object, such as a vehicle, is detected.”

In these situations, Model S automatically steers to a safer position in its driving lane. This steering is applied only when Model S is traveling between 45 and 85 mph (70 and 140 km/h) on major roadways with clearly visible lane markings. When Lane Assist applies a steering intervention, the instrument panel briefly displays a warning message.

Check out the video below which shows Tesla’s steering intervention taking place, though subtle, as by design, when a large truck passes in close proximity to the Model S.