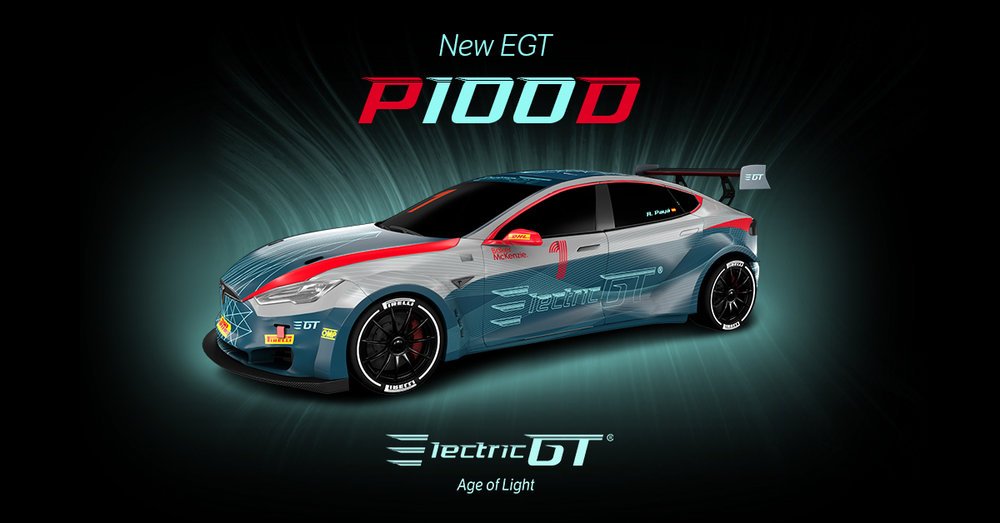 The Electric GT Championship (EGT), a series that aims to be the world’s first motorsport event featuring production-based electric cars, has announced that it will debut its EGT V2.0 Tesla Model S P100D race car next week from Autosport International. The indoor event is considered to be Europe’s premiere pre-season motorsport event which will take place between January 12 – 15 from the National Exhibition Centre in Birmingham, UK.

In speaking about the change from the company’s previous Model S P85+ race car to Tesla’s newest flagship P100D, Electric GT Championship CEO, Mark Gemmell, doesn’t make specific mention of the upgrade but adds, “I am very excited to be using the Tesla Model S P100D as it is incredibly quick and innovative.” EGT in conjunction with sponsors OMP and Pirelli is expected to debut a stripped down version of Tesla’s P100D that will weigh 1,100 pounds lighter than factory trim, and feature race-prepared wheels, tires and suspension and brake upgrades aimed at improving acceleration, handling and track grip.

The vehicle will be showcased at Autosport International from exhibitor stand 6250.

Everything you need to know about the new EGT 2.0 P100 at @autosport_show stand 6250. See you there on January from the 12th to 15th. pic.twitter.com/aHNmSr1tqN

The EGT Championship is set to kick off its inaugural season early this year with visits to seven classic European circuits, including Paul Ricard, Barcelona, Assen, Estoril and the Nürburgring. Three non-championship races will be held in the Americas.

The championship began its recruitment effort last year for teams to compete in the upcoming all-electric series. The company issued a press release in October announcing the arrival of veteran race car driver, environmental activist, and early supporter of Tesla, Leilani Münter, who is said to join the team as the championship’s first American and second female driver. The announcement also welcomed former Williams F1 test pilot, Dani Clos who will be joining the grid as one of twenty drivers across ten professional teams looking to compete across Europe.