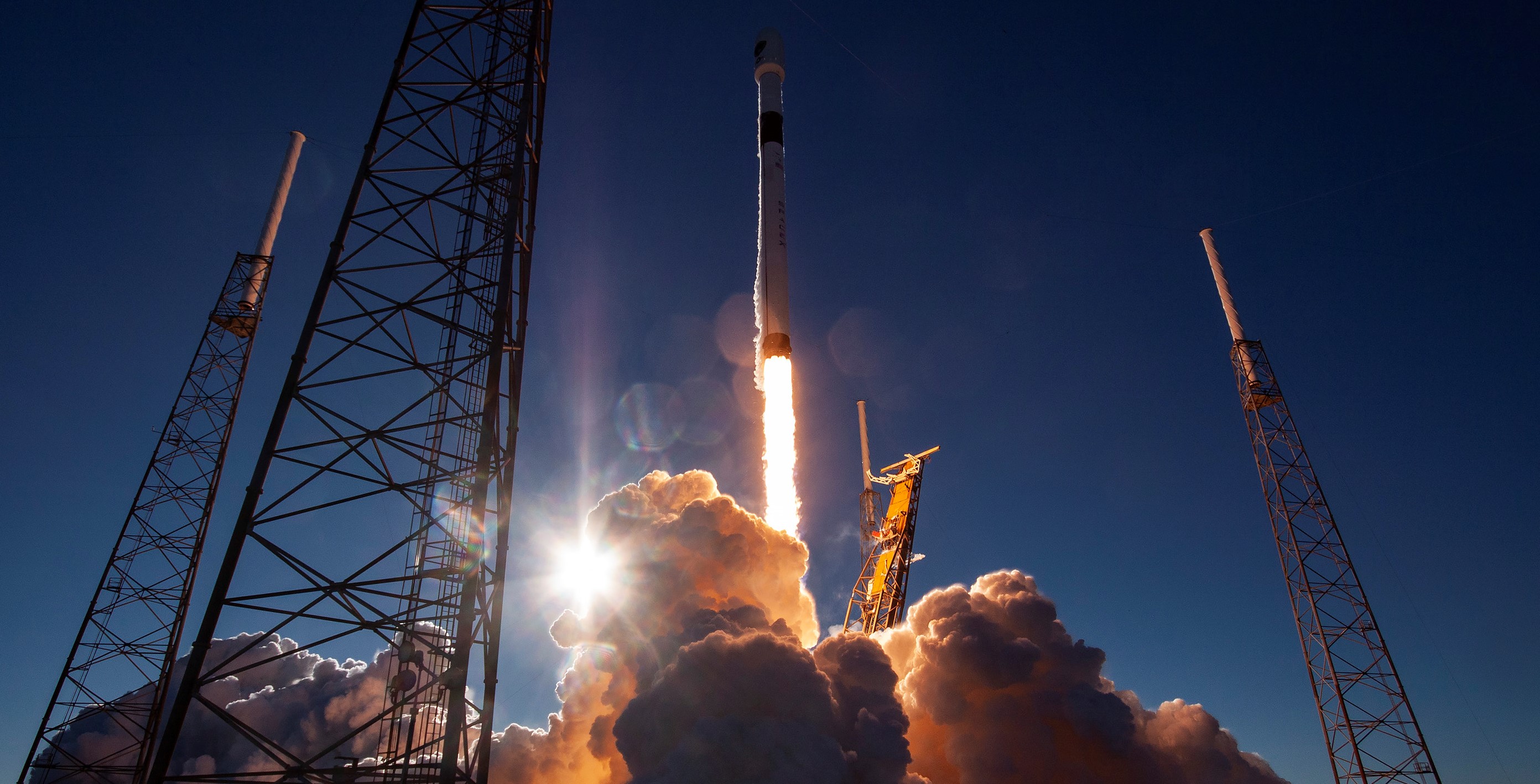 Falcon 9 B1054 launched in an expendable configuration with a valuable USAF GPS III satellite, December 2018. (SpaceX)

SpaceX and competitor United Launch Alliance (ULA) have been awarded three US military launch contracts apiece with an overall value of $297M (SpaceX) and $442M (ULA). While unconfirmed, this could mark the fourth launch contract awarded to Falcon Heavy in just half a year.

Set to nominally launch between 2021 and 2022, SpaceX received two contracts from the National Reconnaissance Office (NROL-85 and -87) and one from the USAF (AFSPC-44), while ULA received two missions from the USAF (SBIRS-5 and -6) and one from NRO (SILENTBARKER). While the announcement did not specify launch vehicle arrangements, it’s safe to assume that ULA will be flying SBIRS on Atlas V, while SpaceX will likely fly both NROL payloads on Falcon 9.

“SpaceX is proud that the Air Force has chosen our company to support our country’s defense with these critical national security space launches and to continue providing the best value in launch with the proven Falcon 9 and Falcon Heavy vehicles.” – SpaceX President & COO Gwynne Shotwell, 02/19/2019

In official comments made in a follow-up to the finalized RFP (requests for proposals) for the launch contracts the US military awarded On Feb. 19, 2019, the USAF Space and Missile Systems Center (SMC) offered some insight into the thought processes going on behind the scenes of the procurement initiative. While almost nothing is known about the payloads themselves, SMC appeared to confirm that SILENTBARKER (believed to be NROL-107) and AFSPC-44 could only be launched on ULA rockets at the time (Feb. 2018), although SpaceX’s Falcon Heavy was also reportedly an option. Provided just a few days before Falcon Heavy’s launch debut, SMC’s tentative inclusion of FH was understandable. 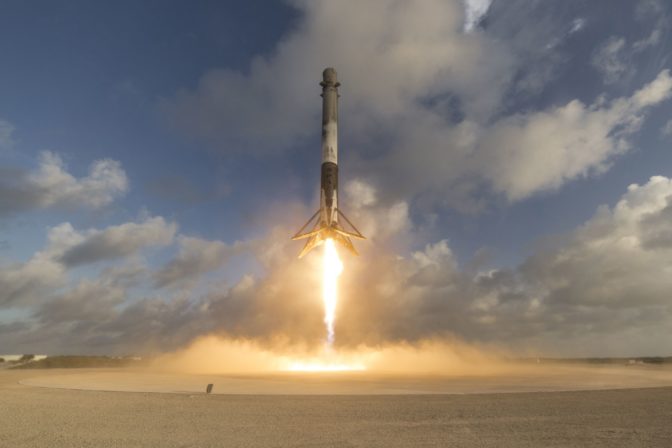 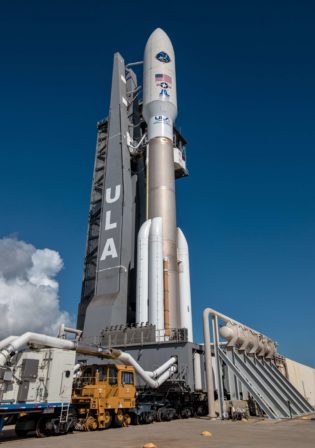 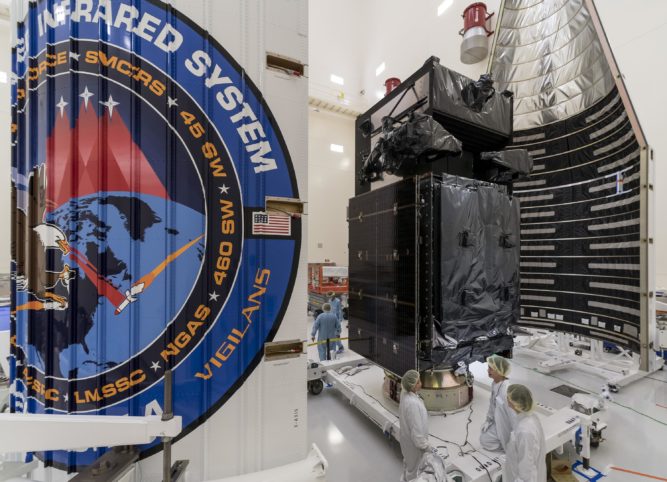 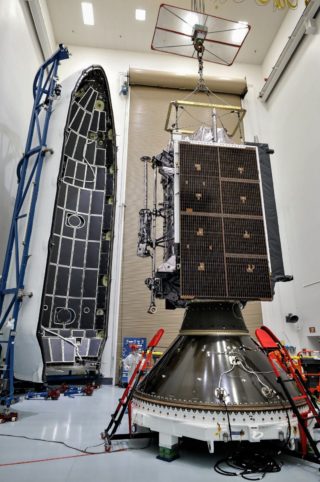 For a bit of historical context, SpaceX completed its first NRO mission (NROL-76) in May 2017 for an unknown sum, although safe estimates peg the Falcon 9 launch cost somewhere around $80-100M. SpaceX’s first official USAF EELV mission, the first upgraded GPS III satellite, was completed in December 2018 for around $82M (2016) and won an additional three GPS III launch contracts at an average per-mission value of ~$97M. Each GPS III satellite is estimated to cost no less than $573M, while the last four SBIRS (Space-Based Infrared System) geostationary satellites infamously wound up costing more than $1.7 billion apiece as a consequence of prime contractor Lockheed Martin incurring multiple delays and breaching price targets. SBIRS-5 and -6 were said by a Lockheed Martin executive to likely cost “20% less” than SBIRS 1-4, implying that each spacecraft will carry a price tag of at least $1.4B.

Given the sheer cost of the spacecraft and the Air Force’s stance on the SBIRS constellation being a critical part of ballistic missile early-warning defenses, it’s not particularly surprising that Atlas V was chosen over Falcon 9 or Falcon Heavy, a decision likely made to minimize latent risk – however little.

In June 2018, the USAF announced that it had officially certified Falcon Heavy for Air Force missions and awarded SpaceX’s newest launch vehicle a $130M contract to launch its Air Force Space Command-52 spacecraft (AFSPC-52) in 2020. Weighing around 6350 kg (14,000 lbs), Falcon Heavy is tasked with placing the spacecraft into a geostationary transfer orbit of 185 by 35,188 kilometers (115 by 21,900 miles), a mission profile that curiously should be within the performance capabilities of an expendable Falcon 9. If AFSPC-44 is similar to -52, it could be launched by either SpaceX rocket and SMC’s vague $297M award fails to answer any questions thanks to the uncertainty of SpaceX NRO contract pricing. Still, it can be easily determined that SpaceX’s average launch cost ($99M) trounces ULA’s ($147M) by nearly 50%, potentially saving the US government and taxpayer a bit less than $150M. 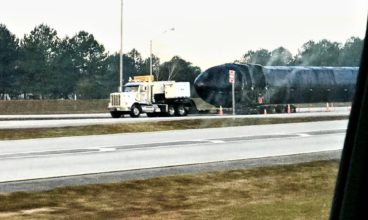 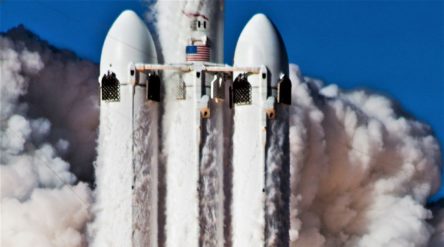 Falcon Heavy clears the top of the tower in a spectacular fashion during its debut launch. (Tom Cross/Pauline Acalin)

Aside from AFSPC-52 and perhaps AFSPC-44, Falcon Heavy received an additional two commercial contracts from Swedish communications firm Ovzon and US company Viasat in October 2018. Following its February 2018 debut, the rocket’s next two missions (Arabsat 6A and USAF STP-2) are also imminent, with current info pointing to launch targets in March and April 2019, respectively. Combined, Falcon Heavy may now have six solid launch contracts manifested from 2019 to 2021. Meanwhile, NASA and international partners ESA and JAXA (among others) continue to express interest in and work towards the creation of a miniature crewed space station (“Gateway”) in an unusual orbit around the Moon, an aspiration the success of which will heavily depend on affordable commercial launches of a variety of Gateway components and resupply missions, at minimum.

If NASA’s Gateway and crewed Moon lander programs survive the United States’ 2020 election cycle, Falcon Heavy could be called into action as early as 2022 and have numerous additional contract opportunities in the 4+ years following. Ultimately, the US military’s Feb. 19 launch awards confirm that the taxpayer continues to reap the benefits of competition SpaceX has reintroduced into the monopolized US launch industry, while also reiterating the health and commercial value of SpaceX’s Falcon Heavy investment.