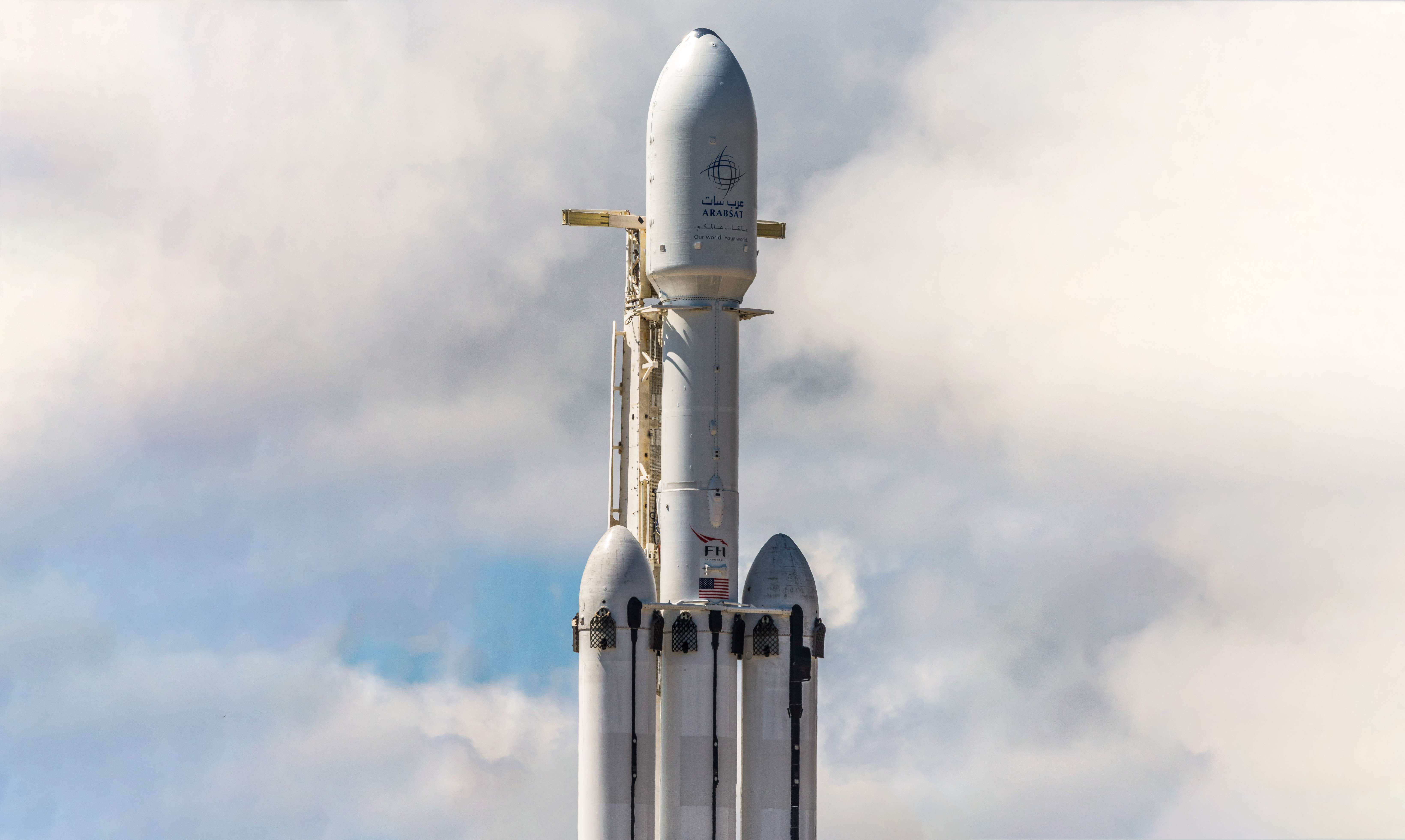 While not technically Falcon Heavy’s first rideshare payload and not the rocket’s first commercial rideshare launch contract, Astranis’ first 400 kg (~900 lb) MicroGEO satellite nevertheless appears set to become the first commercial rideshare payload to actually fly on the world’s largest operational rocket. Not all that dissimilar to Starlink in scope and its desire to disrupt a stagnant industry, Astranis wants to offer global communications services providers a different route to geostationary internet and broadcast solutions. Unlike SpaceX’s constellation, the startup’s MicroGEO satellites are designed for geostationary orbits ~36,000 km (~22,200 mi) above Earth’s surface and more than 60 times higher than Starlink.

However, like Starlink satellites, MicroGEO will feature exceptional density (throughput per kilogram), weighing a magnitude less than average modern geostationary communications satellites while still offering up to 10 Gbps of bandwidth. Expected to cost around $40M apiece compared to ~$100M+ for most traditional offerings, the value proposition of small Astranis satellites with 5-10 times less bandwidth admittedly gets a bit blurrier, but the company should still offer a viable alternative for companies and countries that just don’t need a massive satellite.

For example, Astranis’ first customer and the buyer behind the first MicroGEO satellite – known as Aurora 4A – is Pacific Dataport, a company focused on delivering connectivity throughout Alaska – one of the most remote and sparsely populated places on Earth. That combination of attributes makes providing broadband communication services spectacularly difficult and satellite internet the perfect (and, to an extent, the only viable) solution. However, a full $100M+ geostationary communications satellite with 50-100+ Gbps of bandwidth would likely far outweigh the needs of Alaska’s ~730,000 residents – especially when most Alaskans live in the state’s few large cities, most of which already have passable internet connectivity.

As such, it’s easy to see why a small but high-performance geostationary satellite like the kind Astranis offers might be a perfect fit for an Alaskan internet provider. While low Earth orbit (LEO) constellations like OneWeb and SpaceX’s Starlink do offer far more bandwidth and a user experience potentially as good or better than a wired connection almost anywhere on Earth, both companies first have to launch hundreds or thousands of satellites to ensure continuous coverage. Both Starlink and OneWeb are a ways away from offering continuous coverage in polar regions.

Geostationary satellites – especially those as small as Aurora 4A – offer a significant shortcut, requiring just a single satellite and ground stations in one or a few very specific regions to fully complete a communications network. Of course, thanks to universal limits posed by the speed of light, geostationary internet customers end up saddled with extreme latency (ping on the order of 300-1000ms) and strict individual bandwidth limits. But in places like Alaska, where there can easily be no alternative for the most rural residents, Astranis – or just about anything – could bring welcome relief.

Now, Astranis says it has moved the first MicroGEO satellite from a SpaceX Falcon 9 rocket to rideshare payload on Falcon Heavy’s upcoming ViaSat-3 launch, scheduled no earlier than Q2 2022. According to the startup, doing so will allow the tiny satellite to begin operations over Alaska mere days or a few weeks after launch, saving months of orbit-raising thanks to Falcon Heavy’s performance. That’s only possible because, as the Astranis press release also revealed, Falcon Heavy is scheduled to launch the 6.4 ton (~14,100 lb) ViaSat-3 and 400 kg (~900 lb) Aurora 4A satellites directly to geostationary orbit (GEO). If Falcon Heavy’s upcoming USSF-44 mission launches on schedule next month, ViaSat-3 will be SpaceX’s second direct-to-GEO mission ever and the company’s first for a commercial customer.

Assuming SpaceX is still able to recover two – or even all three – of Falcon Heavy’s side boosters while launching almost 7 tons (~15,500 lb) of satellites directly to GEO, it will also demonstrate just how much of a force to be reckoned with it really is, well and truly leaving competitors ULA and Arianespace with nowhere to hide on the open market.