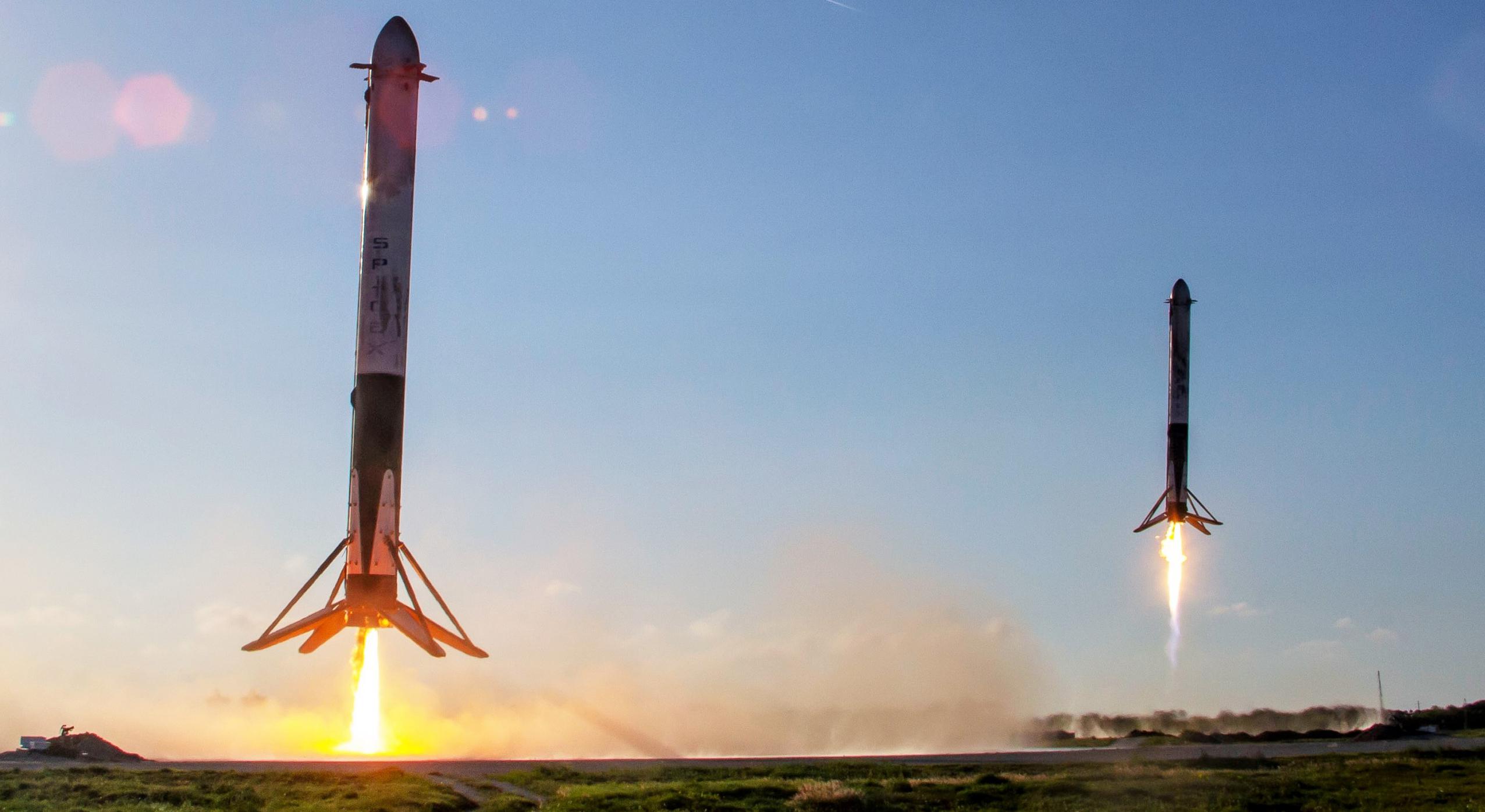 For the first time in more than two years, SpaceX’s next Falcon Heavy launch and dual-booster landing appears to be right around the corner – and it comes with a catch.

In February 2018, after years of anticipation, SpaceX successfully launched its triple-booster Falcon Heavy rocket for the first time in a spectacular show of force. Though the ‘center core’ booster got a little melty on its extremely high-speed reentry and was lost before it could attempt to land, the rocket’s twin side boosters performed an iconic near-simultaneous landing just a handful of miles away from where they lifted off.

Then Falcon Heavy took a good, long break. Ultimately, it would turn out that the debut vehicle was effectively a one-off and over the course of 14 months, SpaceX fairly quickly designed, built, and qualified an entirely new Falcon Heavy rocket based on Falcon 9’s new and improved Block 5 variant. In April 2019, after a few minor delays, that Falcon Heavy Block 5 rocket completed its own launch debut and first mission for a paying customer. This time around, all three boosters – two by land and one by sea – survived reentry and performed flawless landings on a drone ship and two Landing Zones.

A mere two months later, both of Falcon Heavy Block 5’s first two recovered side boosters flew again in support of the US Air Force’s STP-2 mission – a combined demonstration flight and rideshare mostly designed to push the rocket to its limits and help the military qualify it for high-value payloads. Once more, those side boosters successfully returned for a simultaneous landing at SpaceX’s Landing Zones but the mission’s Block 5 center core’s reentry was – as SpaceX itself partially expected – too hot, burning essential components and resulting in a hard ‘landing’ in the Atlantic Ocean. Otherwise, the mission was a spectacular success and gave the US military practically all the data it needed to qualify the world’s largest operational rocket to launch its payloads.

Shockingly, however, that June 2019 launch would end up being Falcon Heavy’s third and latest. In the almost 26 months since, the rocket hasn’t flown once. Originally scheduled to launch a fourth time as early as Q4 2020, the COVID-19 pandemic ultimately delayed the rocket’s next two launches (or gave the satellite manufacturer(s) perfect scapegoats for technical delays) into 2021.

Known as USSF-44 and USSF-52 (formerly AFSPC-44/52), both missions are scheduled to launch ethereal US military spy and/or communications satellites. USSF-44 is arguably the most important, as it will mark SpaceX’s first direct launch to geostationary orbit (GEO) for any customer – let alone one as exacting as the US military. USSF-52 is a much simpler and more traditional launch to an elliptical geostationary transfer orbit (GTO).

About a year ago, for unknown reasons, the two missions swapped positions, with USSF-44 taking the lead. Expected to launch in June 2021 as of early this year, SpaceflightNow first reported that USSF-44 had slipped further still to October – and USSF-52 into 2022 – this May. Since then, that’s where the mission’s schedule has tentatively lain.

Finally, on August 12th, SpaceX filed an FCC application for rocket communication permissions. While otherwise ordinary, this particular request stated that it was for Falcon Heavy recovery operations and, more specifically, for the simultaneous recovery of two Falcon Heavy boosters at sea. Out of an abundance of caution and conservatism and combined with the generally challenging nature of direct-to-GEO launches, Falcon Heavy’s first such mission for the US military will require SpaceX to expend the rocket’s center booster and recover both side boosters at sea with two separate drone ships.

Falcon Heavy’s USSF-52 GTO launch isn’t as demanding and its mission profile is expected to allow SpaceX to recover all three boosters. As such, an FCC filing for a dual-drone-ship Falcon Heavy side booster recoveries practically guarantees that it’s for USSF-44. Per the application, SpaceX expects the mission to occur no earlier than September 25th. Almost simultaneously, launch photographer Ben Cooper also updated a long-running list of upcoming East Coast launches, confirming that Falcon Heavy’s fourth launch (USSF-44) remains on track for October 2021.

Ultimately, while delays are possible and likely probable, there now appears to be a strong chance that Falcon Heavy will launch for the first time in 28 months before the end of 2021.