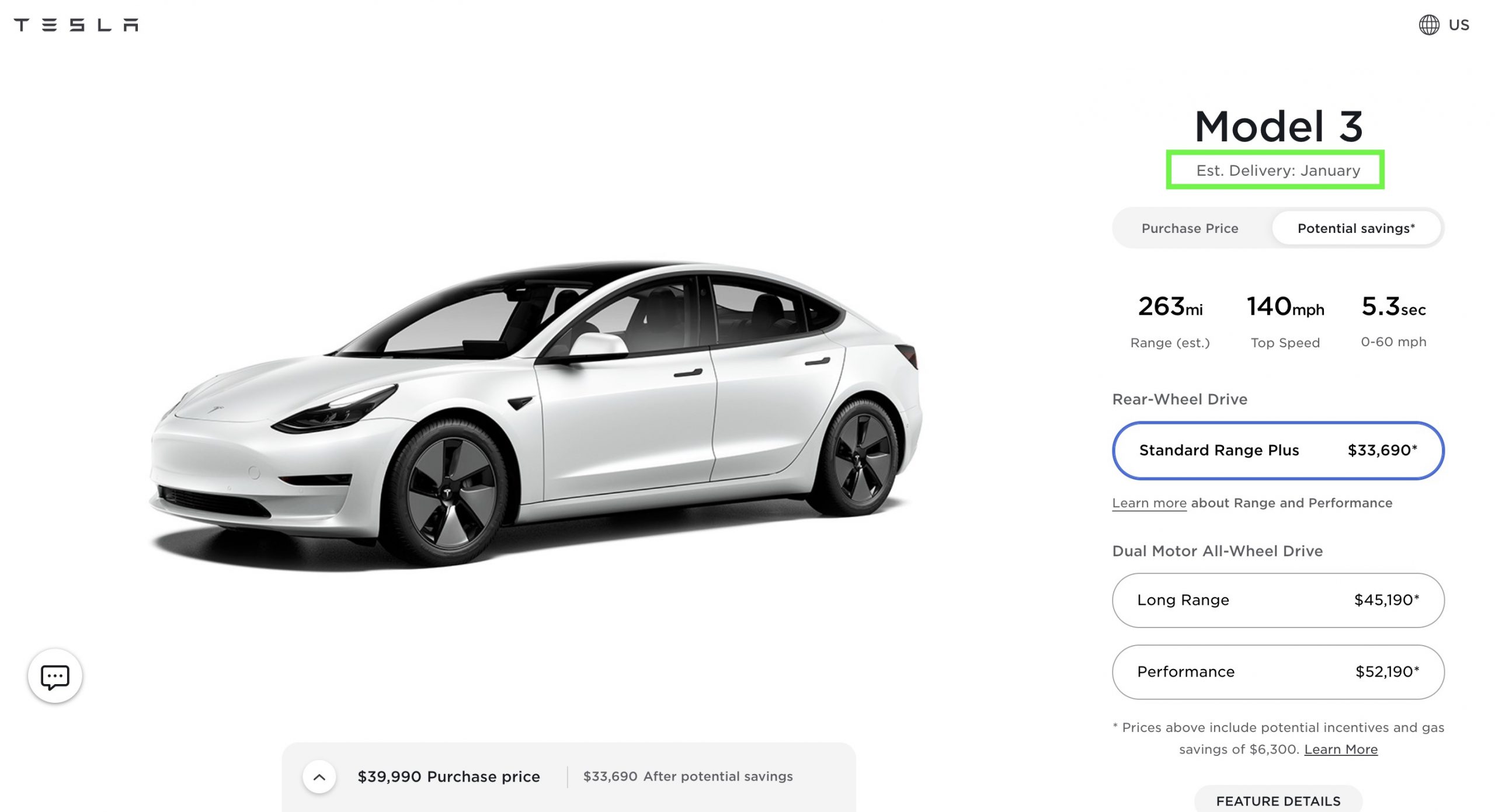 A few years after Tesla started producing the Model 3, demand for the all-electric sedan still seems strong. A quick look at Tesla’s Model 3 configuration page reveals that the Standard Range Plus variant is already sold out in North and South America for the rest of 2021.

According to Tesla’s order page for the United States, Canada, Mexico, and Puerto Rico, the estimated delivery time for the Model 3 Standard Range Plus is now January 2022. The delivery estimate hints that the base Model 3 is sold out for the rest of the year, despite the third quarter just starting.