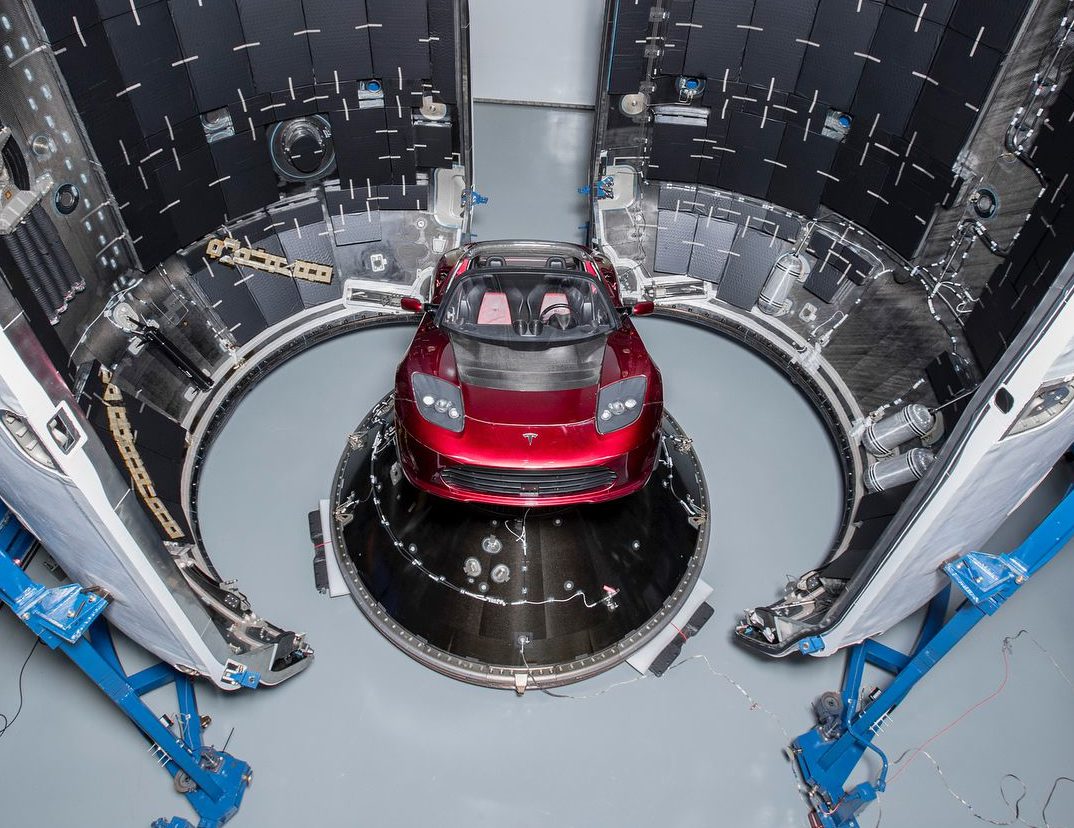 Sourced from those very much in the know, Chris Gerbhardt of NASASpaceflight.com has broken news of the first real date for the inaugural launch of SpaceX’s Falcon Heavy rocket.

The unprecedented commercial launch vehicle is now scheduled to loft its Tesla Roadster payload on an Earth-escape trajectory as early as February 6, with a backup window the following day, as noted by Chris. The solidification of Falcon Heavy’s first true launch date has unsurprisingly proceeded only after the massive rocket’s first static fire, a momentous moment captured in person by Teslarati photographer Tom Cross. 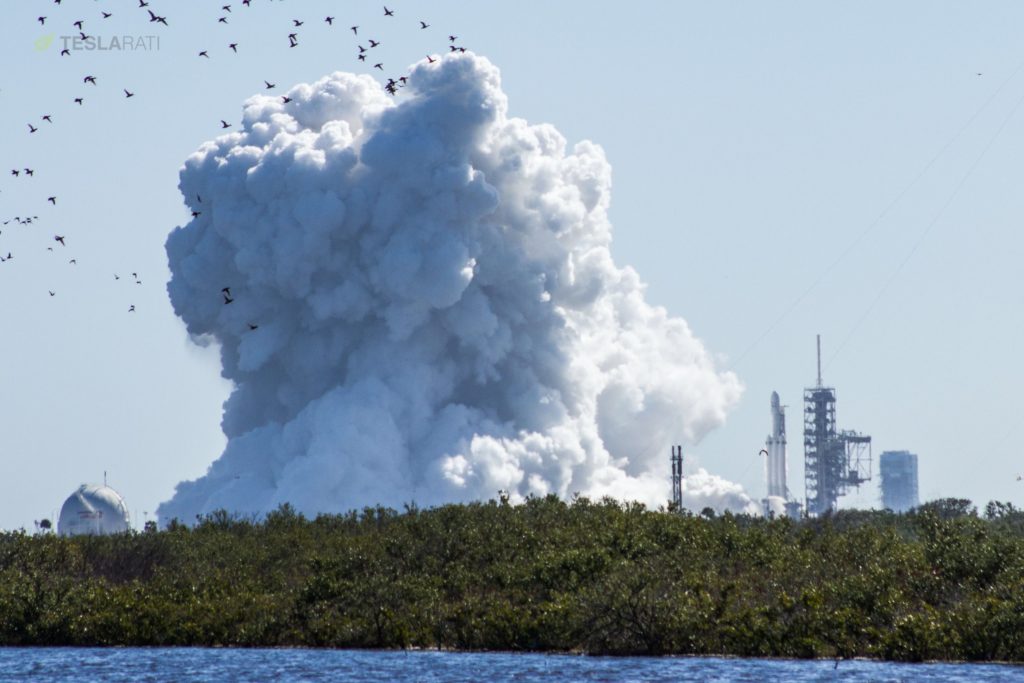 The sheer power of Falcon Heavy is eminently clear in this beautiful capture by Tom Cross. (Tom Cross)

Shortly after the extended test firing, Elon Musk took to Twitter to announce that it had been successful, as well as a launch date within “a week or so.” While it appears that only a third of the test’s ~10 seconds were spent at full thrust, presumably to protect the pad from its sheer power, the data gathering appears to have been satisfactory.

Over the week and a half between now and the tentative present launch date, SpaceX can be expected to further pore over the vehicle and pad systems to ensure that they are in proper working order after some months of inactivity, punctuated by a controlled explosion.

February 6th, with a backup on the 7th.

To put the Falcon Heavy into some sort of perspective, even at the 92% thrust it is expected to max out at during its first launch, the first stage’s 27 Merlin 1D engines produce power equivalent to something like 20 747 passenger jets at takeoff. Still, Falcon Heavy’s LC-39A launch pad has previously supported launches of the Space Shuttle and Saturn V, both of which were considerably more powerful than SpaceX’s heavy-lift rocket. It is likely that the main purpose of Falcon Heavy’s extended static fire was to ensure that SpaceX had developed a safe and functional method of igniting all 27 engines without damaging itself, a real risk from the torque of each engine’s turbopump operating in the same orientation. As such, it is believed that SpaceX pursued a staggered ignition over the course of maybe a second or two.

Falcon Heavy hold-down firing this morning was good. Generated quite a thunderhead of steam. Launching in a week or so. pic.twitter.com/npaqatbNir

Although the February 6 date should be treated as an aspiration, Falcon Heavy is closer than ever before to its first launch, an event that will be quickly followed by the near-simultaneous landings of three first stage boosters – two by land, one by sea. Just as the static fire was preceded by nearly two weeks of concerted testing and delays, the same rocket’s launch should also be expected to slip and/or scrub at least a handful of times before finding success. Regardless, a February launch is now exceedingly likely!