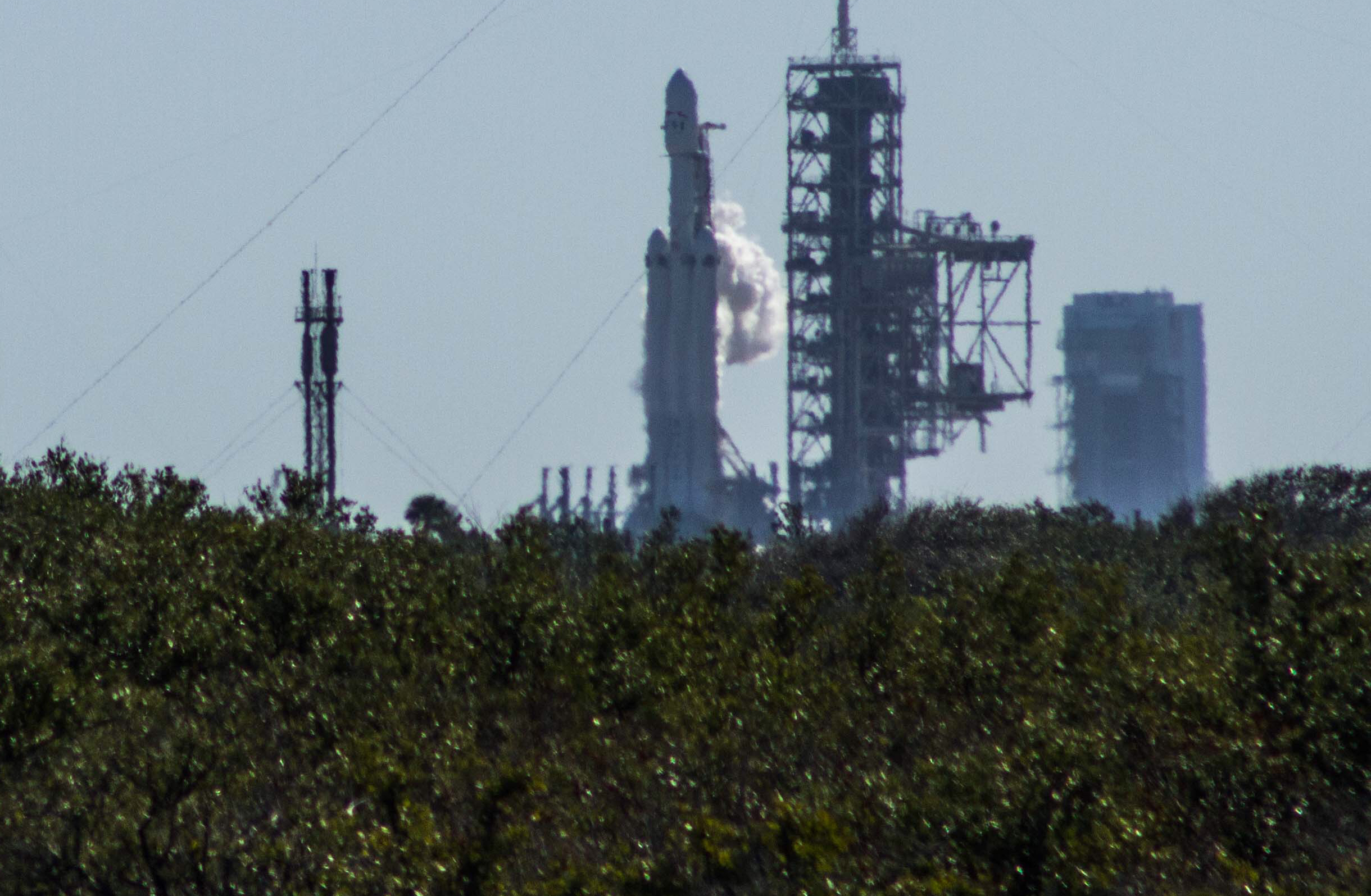 With the day almost perfect for another static fire attempt, all eyes are on the Kennedy Space Center for what could very well be a 12-second spectacle featuring the ignition of 27 Merlin engines.

Our launch photographer, Tom Cross, is already at the scene, set up and ready to capture the developments today. According to Tom, SpaceX’s most powerful rocket to date has exhibited notable activity on the launch pad today during the past hour. Tom has reported that some venting could be heard on the site, together with loud pressure releases from the rocket’s site. The venting, which comes in long-duration bursts of about 3-5 seconds, has been confirmed to be coming from Falcon Heavy’s TEL base, the component of the launch speculated as the cause of the static fire’s first delay.

Setup on my vehicle again at Canaveral National Seashore to capture the first static fire of SpaceX’s Falcon Heavy! Follow us @Teslarati on twitter and Instagram. pic.twitter.com/MIXd8tqNmV

By 12:30 p.m. (1730 GMT), things continued to look good. Venting has been confirmed from the spacecraft and massive LOX plumes could be seen emerging from Falcon Heavy as fuel is loaded on the spacecraft.

Once more, for the second time in a week, SpaceX’s most formidable beast to date is breathing.

Based on the current activities on Wednesday’s static fire test, our in-house space authority, Eric Ralph, has noted that the progress of the planned static fire seems to be going well. The venting in the rocket appears to be stabilizing, if any.

Before being sidetracked by the recent US government shutdown, SpaceX managed to complete a thorough round of Falcon Heavy testing last Saturday. On that particular test, the private space firm was able to accomplish extensive propellant loading tests, which, while incredibly pertinent, did not require range support. Impressively, SpaceX was able to complete its tests on the weekend, just before the government shutdown began.

Wednesday’s Falcon Heavy static fire would be a wet dress rehearsal for the 27-engine rocket. If all goes well during the day’s test, the Elon Musk-owned spaceflight firm would be one step closer to launching its most impressive rocket to date.

Updated: Falcon Heavy roars to life for the first time in history. See the amazing still footage captured by Tom.

Falcon Heavy’s maiden flight would feature a particularly interesting payload, with the private space firm launching CEO Elon Musk’s personal cherry red Tesla Roadster as its payload. In true Musk fashion, his Roadster will include several Easter Eggs, such as a copy of Douglas Adams’ “The Hitchhiker’s Guide to the Galaxy,” a towel, and a sign that says “Don’t Panic.” The CEO also stated that a track of David Bowie’s “Space Oddity” would play in the Roadster 1.0 during its journey.