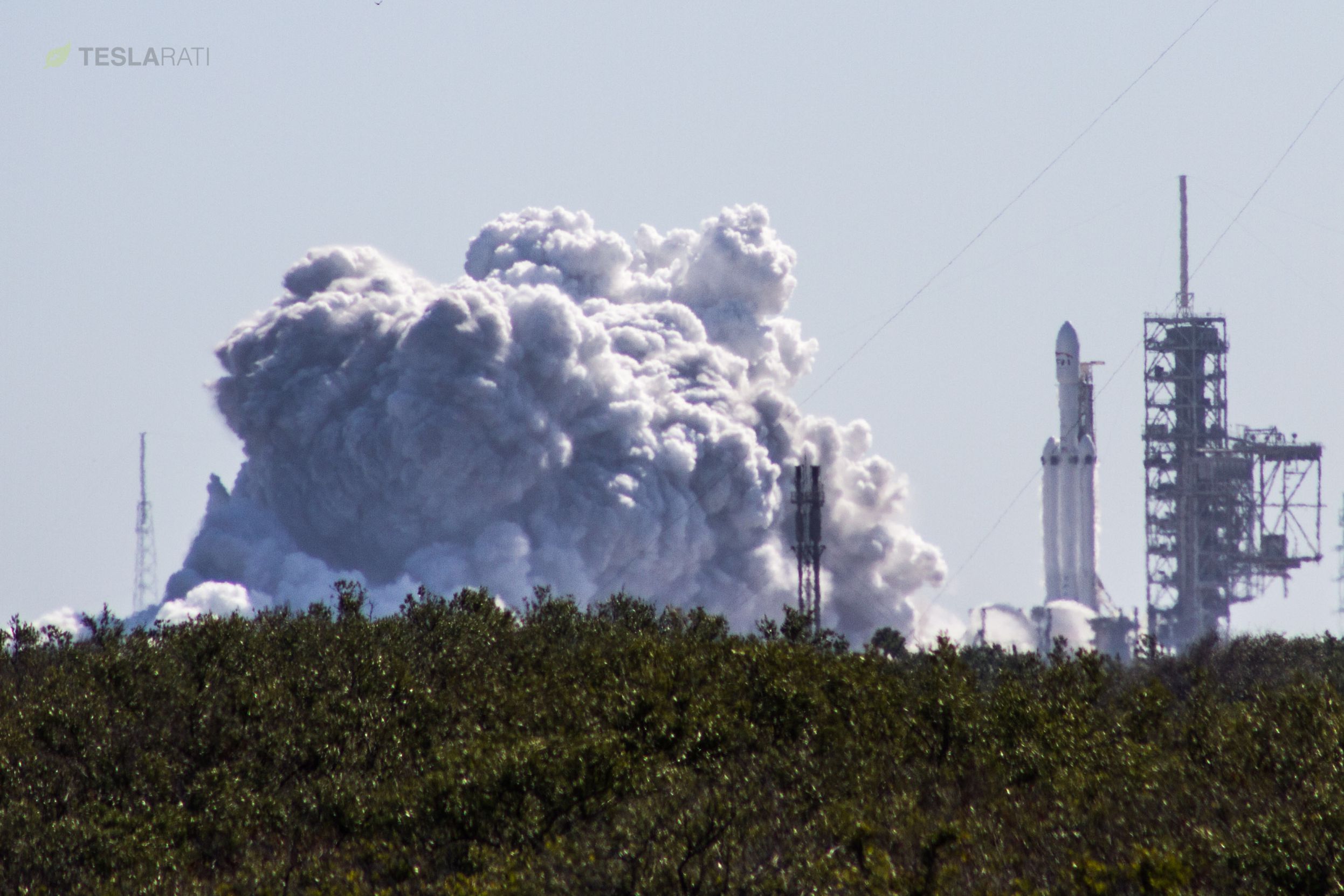 After several weeks of concerted and intensive testing, SpaceX’s massive Falcon Heavy rocket has conducted a static fire for the first time ever. Preceded by a series of dry fit checks, wet propellant loading tests, and many other bug-fixing operations at Pad 39A, today’s inaugural Falcon Heavy ignition has been years in the making.

Today’s static fire test saw Falcon Heavy ignite its 27 Merlin 1D rocket engines and presumably throttled those engines up to or near the vehicle’s max thrust, in this case around 92% of its unhindered capabilities, according to Elon Musk. This achievement bodes quite well for Falcon Heavy’s inaugural launch sometime in the near future: a Kennedy Space Center source in contact with CNBC reporter Michael Sheetz provided a tentative launch date of February 6, assuming all went well with the static fire attempt today.

This is a momentous achievement for SpaceX, and whether the results of the test are positive or negative, experience with Falcon Heavy will almost directly translate into knowledge that can be used to better design, manufacture, and operate the BFR and BFS vehicles SpaceX intends to transport humans and cargo throughout the solar system. While BFR will be something like a factor of three (or more) larger and more powerful than Falcon Heavy, SpaceX’s Falcon Heavy testing already easily makes them the first private company to genuinely fund, develop, and operate a super-heavy launch vehicle. More generally, Falcon Heavy’s payload capabilities and sheer thrust make the vehicle second in power only to Saturn V in the US, and worldwide fourth, behind Saturn V and the Soviet Union’s N-1 and Energia launch vehicles.

Still, some uncertainty inevitably remains. Falcon Heavy’s static fire was expected to be an exceptional 12 seconds in duration, compared to the more common 3-second test Falcon 9s routinely undergo at the launch pad. At this point in time, it appears that the full intended duration was completed, and the next crucial event will be a successful analysis of the data it produced, as well as the physical status of both Falcon Heavy and the ground support equipment (GSE) that fueled the vehicle and prepared it for launch. Stay tuned, as SpaceX is likely to provide an update soon for the imminent launch following their (hopefully successful) static fire.