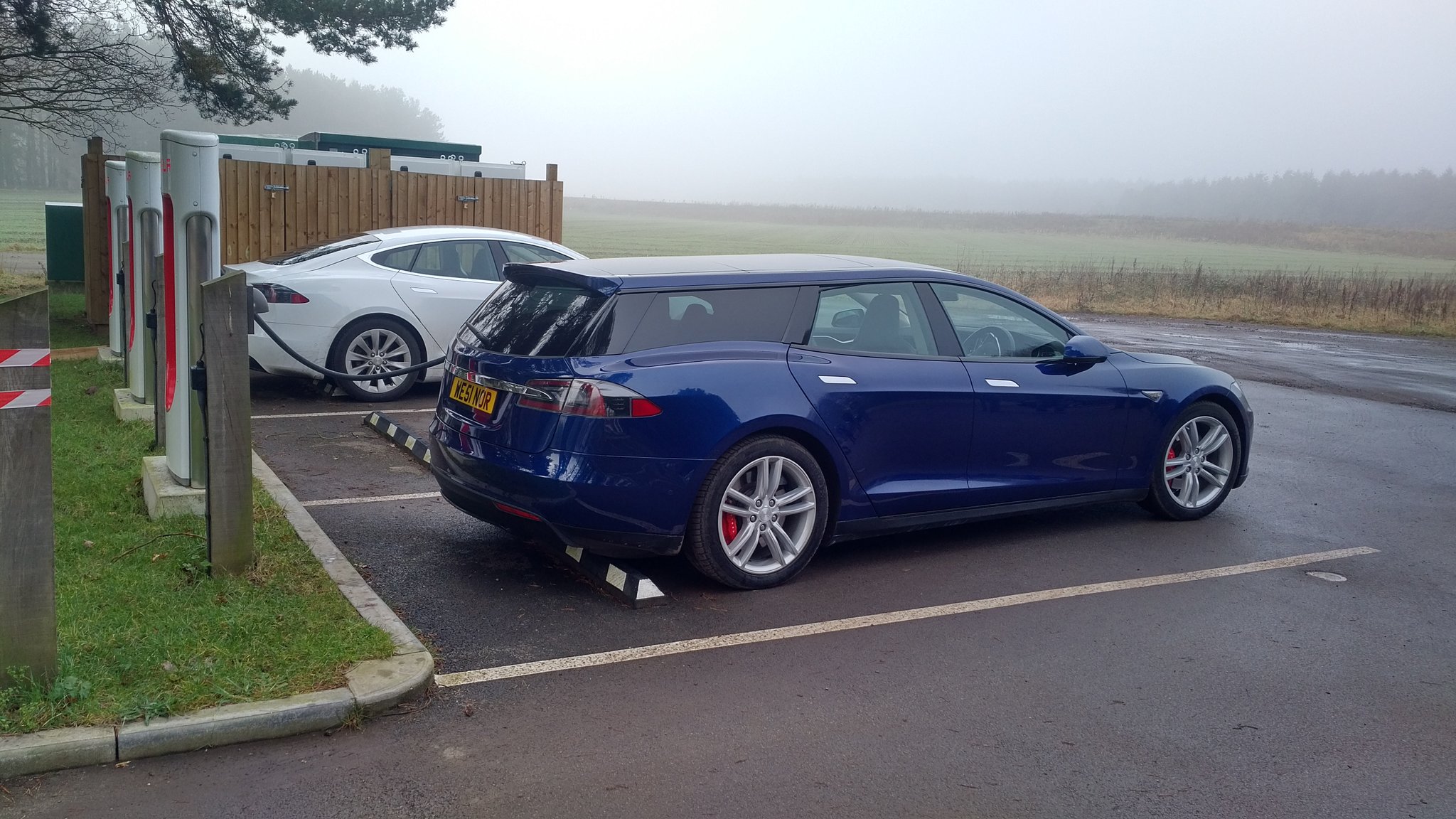 Qwest Norfolk, the British aftermarket customizer behind the creation of the world’s first Tesla Model S P90D Shooting Brake, recently posted a series of pictures featuring the unique electric wagon car out in the wild.

The story of the Tesla Shooting Brake is quite intriguing. According to Qwest, a businessman came up with the concept after going on long-distance trips with his dogs using the electric car. Speaking to an engineering friend, the entrepreneur remarked that his P90D, as spacious as it was, simply did not have enough headroom at the back for his pets. While the Model S P90D has a lot of trunk space, it was far too cramped for two large dogs to stand on when traveling.

The conversion required extensive work that involved crafting and bonding a custom carbon fiber rear body and roof to the Tesla’s aluminum shell. Special glass and a custom tailgate were also added to the vehicle. The redesigned rear of the Model S was also carefully made to blend with the muscular frame of the luxury electric sedan.

What’s particularly impressive about the whole process was the fact that the entire modification, from the removal of the fastback-style rear to the bonding of the custom carbon-fiber body, did not compromise any of its sensors and dropped 26 pounds (12 kg) of weight, while gaining 7.4 cubic feet of space. 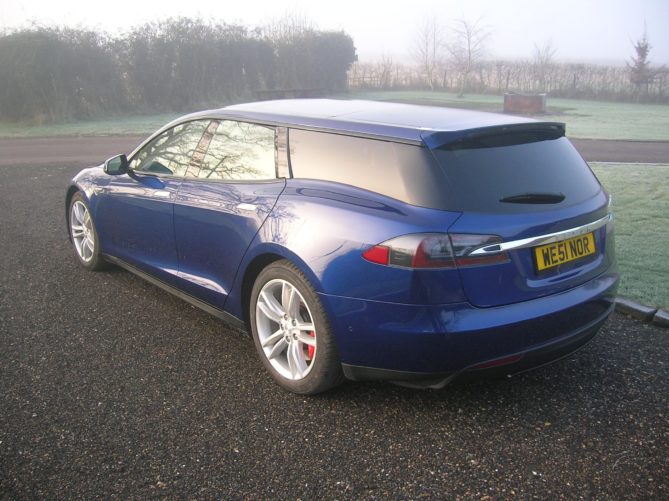 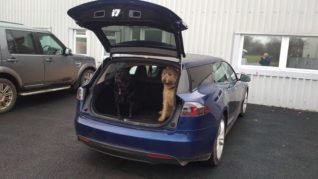 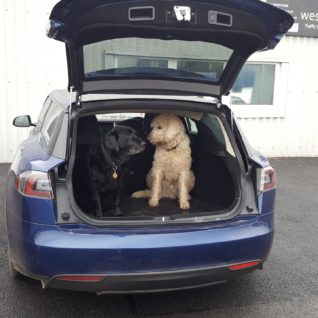 For now, Qwest has graced its Twitter account with multiple pictures of the Tesla Model S P90D-SB. Apart from showing the electric car at a Supercharger, the British tuner also shared images of the vehicle transporting its owners’ two large dogs. As could be seen in Qwest’s images, both furry pets seem to be enjoying the additional headroom of their new luxury digs.

The Model S P90D-SB is scheduled to be featured at the upcoming 2018 London Motor Show this May.