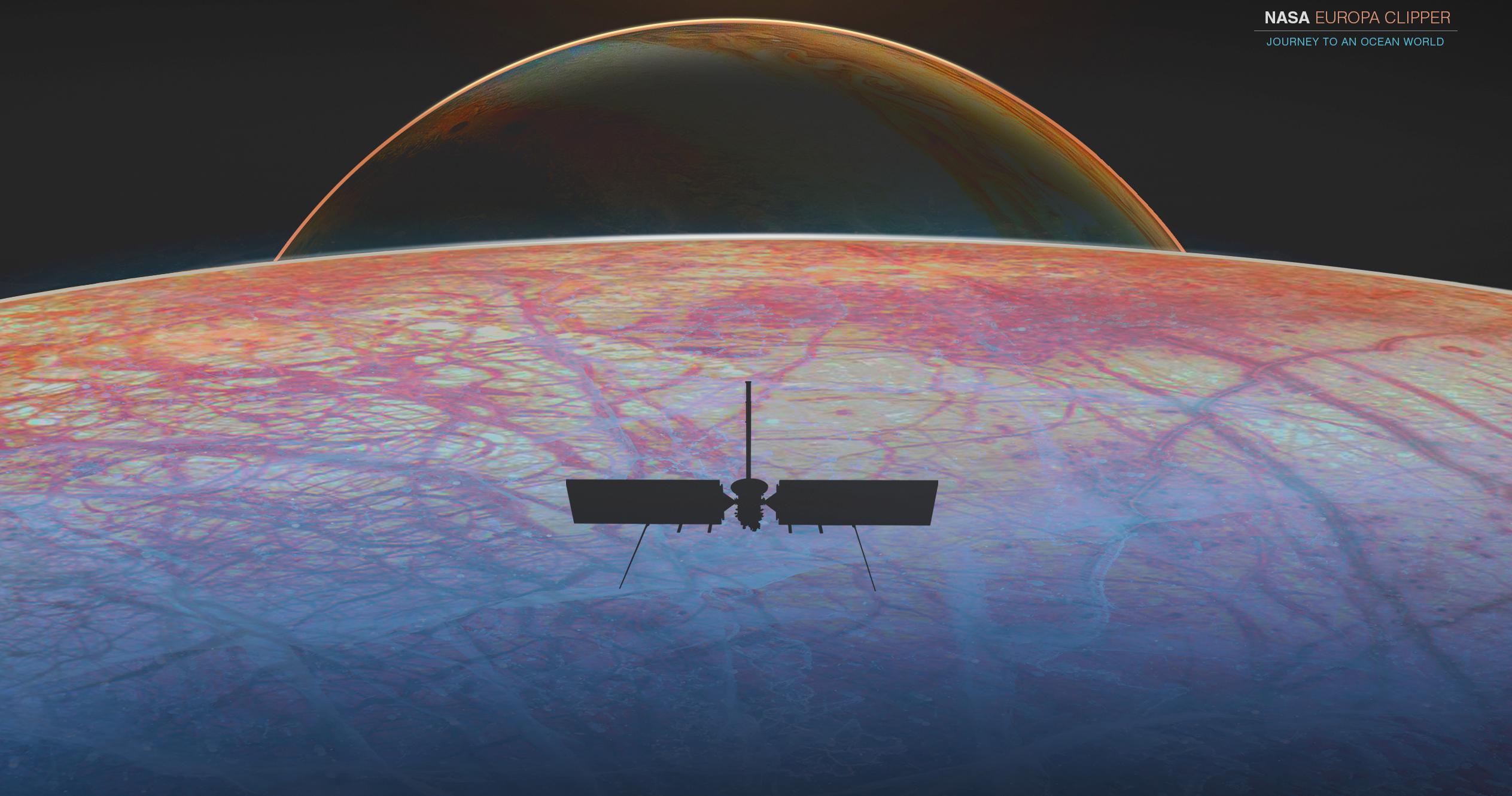 In a move that’s likely to save the US taxpayer several billion dollars over the next few years, NASA has carefully extricated a mission to one of Jupiter’s ocean moons from the claws of its own Space Launch System (SLS) rocket.

Known as Europa Clipper, the six metric ton (~13,300 lb) spacecraft will instead launch on a SpaceX Falcon Heavy rocket for less than $180M. Had Falcon Heavy not been ready or NASA shied away from the challenge of switching launch vehicles, sending the ~$4.25 billion orbiter to Jupiter could have easily added more than $3 billion to the mission’s total cost. Instead, Europa Clipper will be able to launch one or two years earlier than SLS would have been ready and at a cost that’s practically a rounding error relative to the alternative.

Measuring approximately 3100 km (~1940 mi) in diameter, Europa is approximately 10% smaller and 30% less massive than Earth’s Moon. Both are similar balls of rock with solid metallic cores. However, based on observations taken over decades by spacecraft and Earth-based telescopes, odds are good that Europa also has a vast liquid water ocean insulated by 10-30 km (6-20 mi) of ice so cold that it’s as hard as granite.

Scientists estimate that Europa’s saltwater ocean is dozens to 100+ km (~62 mi) deep, covers the moon’s entire surface, and holds more water than all of Earth’s oceans combined. Signs of a liquid ocean under Europa’s crust (and the crust of numerous other outer solar system moons, as it would turn out) were especially surprising because of the implication that those moons possessed vast heat sources. In the case of Europa, it’s believed that Jupiter’s immense gravitational pull and the moon’s close orbit are balanced in such a way that Europa is heated as those tidal forces violently stretch and squeeze its interior.

In an orbit 30% lower than Europa, tidal heating is so aggressive that the moon Io is littered with titanic volcanoes and lava lakes more than 200 km (~120 mi) across – so large that waves have been spotted on its surface with Earth-based telescopes. In short, because Europa appears to be in the right place to have enough – but not too much – tidal heating, it’s believed to be one of the best potential harbors of extraterrestrial life and Europa Clipper’s primary purpose is to pursue that potential astrobiological treasure trove.

Europa Clipper’s history is a truly bizarre one. Championed almost singlehandedly by fundamentalist Christian and former Republican Representative John Culberson, it’s almost certain that the mission would have never come together and never secured enough funding to proceed. Culberson’s singular goal: determine if humanity is (or is not) alone in the universe. If life can independently evolve twice in the same average solar system, the logic goes, it would practically guarantee that life will be omnipresent anywhere we look.

Culberson’s original vision was an orbiter (Clipper) that would effectively scout Europa for a lander that would follow just a few years later. Incredibly, he appears to have all but guaranteed that Europa Clipper will launch. However, he lost a reelection bid in 2018, casting the lander component into limbo before proper funding or commitments could be ascertained. It now seems likely that the future of Europa Lander will depend almost entirely on what Clipper does (or doesn’t) find.

Europa Clipper is now scheduled to launch on an expendable Falcon Heavy rocket no earlier than a two-week window set to open in October 2024. As part of the politicking to secure the billions of dollars needed to fund the mission, Culberson originally shackled Europa Clipper to NASA’s SLS rocket – now half a decade behind schedule and set to cost more than $23 billion before its first launch. However, it appears that SLS is so mismanaged and uncharacterized that even its infamously zealous, pork-motivated Congressional cheerleaders weren’t willing to put up a public fight to retain the SLS rocket’s only confirmed non-human payload.

Ultimately, on launch alone, Falcon Heavy’s Europa Clipper launch will likely save taxpayers more than $2 billion – the likely minimum cost of a single SLS Cargo launch. Due to issues with the rocket, Ars Technica also reports that Europa Clipper and SLS would have required at least $1 billion in modifications and upgrades to safely fly, meaning that choosing SpaceX will likely end up saving NASA more than $3 billion – equivalent to almost three-quarters of the entire Europa Clipper mission’s price tag.