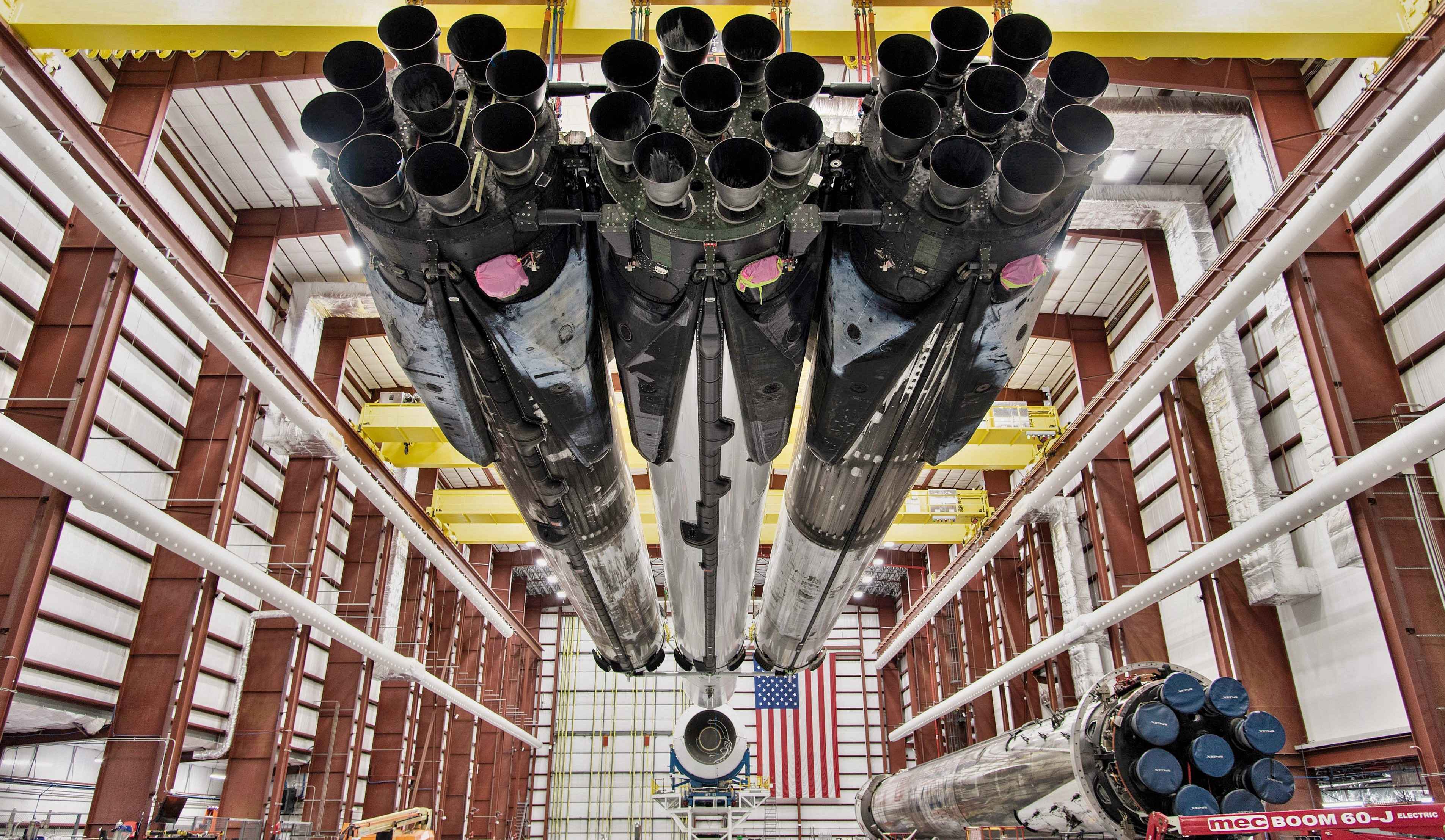 Spaceflight Now reports that SpaceX’s next two Falcon Heavy rockets – both under contract with the US military – are scheduled to launch as early as July and October 2021.

Known as USSF-44 and USSF-52, both missions will see Falcon Heavy rockets launch unknown US military satellites – one directly to a circular geostationary orbit (GEO) and the other to an elliptical geostationary transfer orbit (GTO). The nature and purpose of those satellites will likely remain a mystery up to and after both launches, though their target and destination orbits may allow independent satellite tracking fans to loosely speculate, at minimum.

SpaceX has already shipped all three of USSF-44’s new Falcon Heavy boosters from its Hawthorne, California factory to McGregor, Texas test facilities. At least one of those boosters has also completed static fire acceptance testing in Texas and been delivered to SpaceX’s Florida facilities. Outfitted with a telltale nosecone, that side booster will likely be joined by its twin within the next few weeks – if it hasn’t already.

According to a US military spokesperson that responded to Spaceflight Now’s inquiries, Falcon Heavy’s USSF-44 launch has apparently slipped from a target of “late spring” to no earlier than (NET) July 2021 – a delay of a few weeks to one or two months. Although SpaceX still has two twice-flown Falcon Heavy Block 5 side boosters on hand from the rocket’s back-to-back April and June 2019 launches, the US military requested all new boosters for USSF-44.

Notably, the same official revealed that SpaceX and the US military are targeting October 2021 for Falcon Heavy’s USSF-52, just three months after USSF-44. USSF-44 will be Falcon Heavy’s first launch in an expendable-center-core configuration, meaning that one of the rocket’s three boosters will be intentionally expended. That means that SpaceX will need to complete, test, and deliver another new Falcon Heavy center core before USSF-52 can launch.

SpaceX has spent at least 2-3 months testing each new Falcon booster in McGregor over the last year or so, meaning that it would require a major boost in processing cadence to deliver six new boosters in just 6-8 months. In other words, barring several months of delays, it’s likely that SpaceX and the USSF are currently planning for USSF-52 under the assumption that it will reuse the Falcon Heavy side boosters from USSF-44 or from the rocket’s second and third launches.

Regardless, tentative July and October launch targets make it more likely than not that SpaceX will be able to launch Falcon Heavy twice this year even if booster production, testing, or processing take a bit longer than expected and both missions run into minor delays on the launch pad. USSF-44 will be Falcon Heavy’s first launch in more than two years, a lengthy delay between flights that appears to be unlikely to happen again as SpaceX continues to fill the rocket’s manifest with no fewer than eight launches between now and the end of 2024.