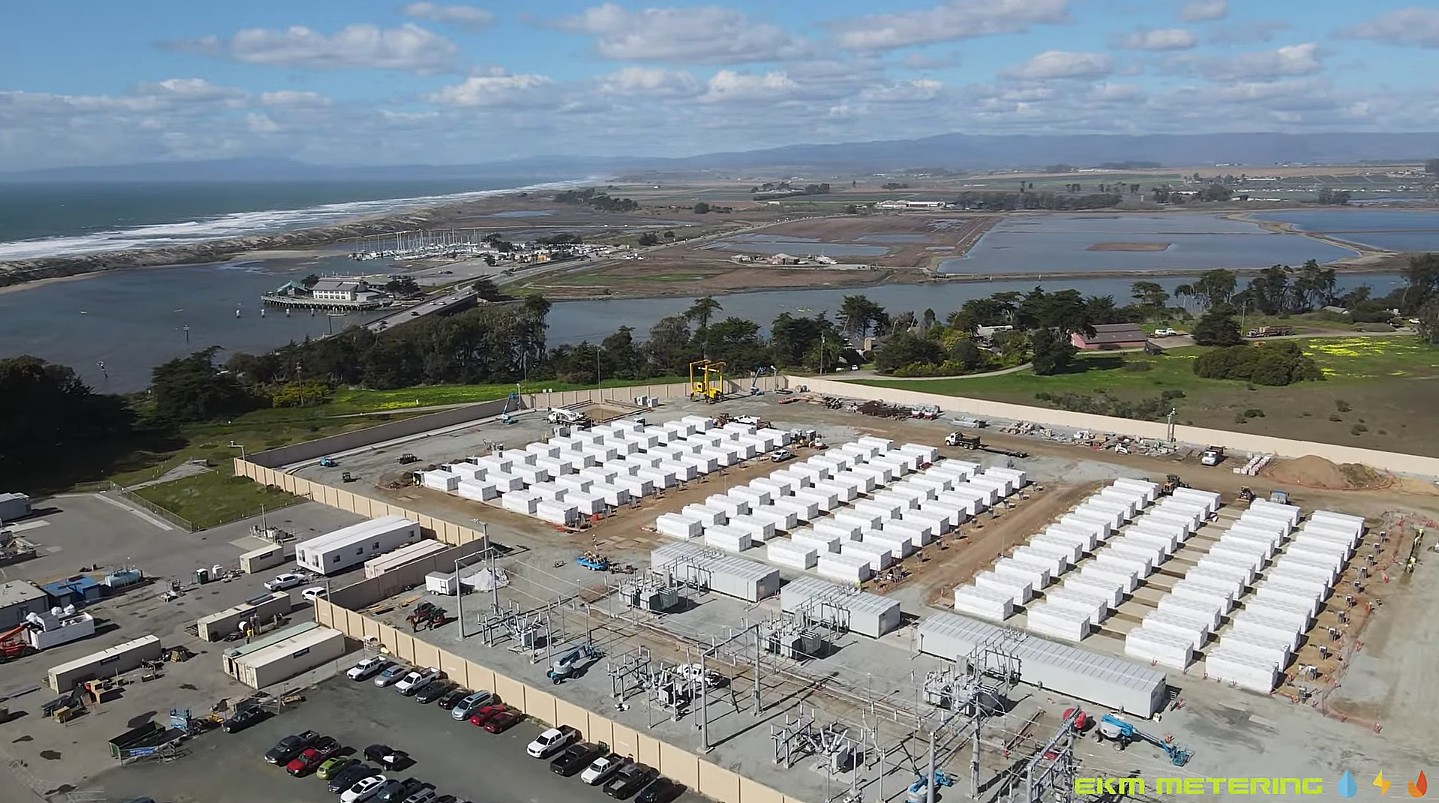 Tesla’s massive Megapack battery installation in Moss Landing is nearing completion. A recent drone flyover of the site revealed that most of the grid-scale batteries are already set up. With this progress in mind, it would not be surprising if the Moss Landing Megapack meets its early 2021 completion target and Q2 2021 full deployment goal.

The site’s footage was shared online by EKMMetering on YouTube, who dubbed the system as one of the world’s largest energy storage installations. The Moss Landing Megapack will be a 182.5 MW/730 MWh system when completed, dwarfing projects like the Hornsdale Power Reserve, which held the crown of the world’s largest battery for some time.

The Moss Landing Megapack farm will comprise 256 grid-scale battery units, practically all of which have already been set up in their designated location on the site. The batteries are set up on 33 concrete slabs at PG&E’s Moss Landing electric substation. Once deployed, the massive Megapack farm is expected to help meet peak energy demands in the area, storing excess solar and wind energy generated when demand is low.

This energy can then be used as demand picks up, particularly during times when solar and wind are unavailable. Ultimately, the battery is expected to provide about $100 million worth of savings to PG&E over the project’s estimated 20-year lifespan.

The pace of the Moss Landing battery installation has been quick considering the size of the system, partly because of the Megapacks’ integrated controller, inverter, and BMS. Considering that each Megapack comes fully-assembled from the factory with up to 3 MWh of storage and 1.5 MW of inverter capacity, even large-scale installation could be completed quickly.

Watch a recent flyover of the Moss Landing Megapack installation in the video below.