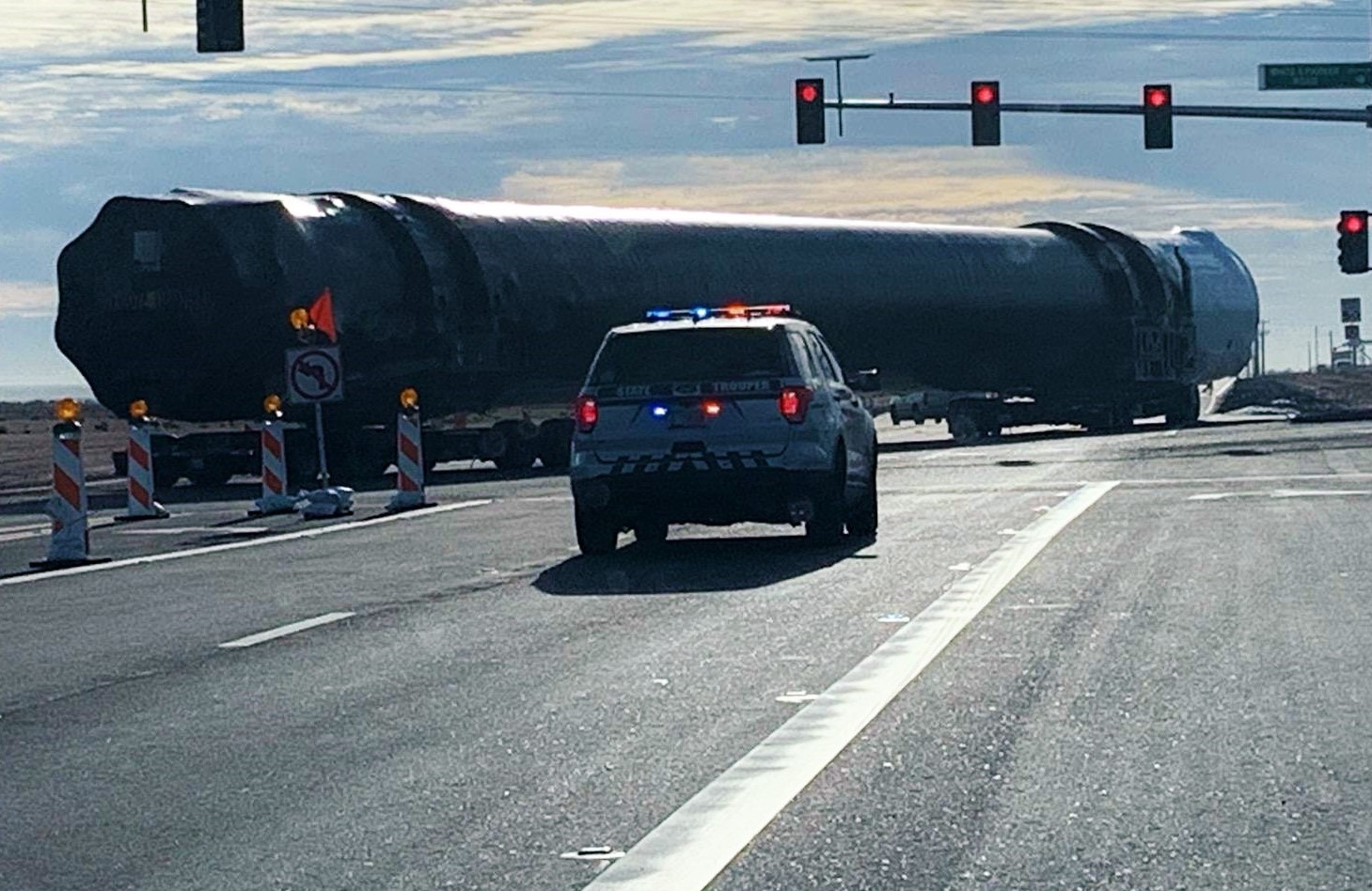 On the heels SpaceX’s first new Falcon Heavy booster in two years beginning its journey to Florida, another of the rocket’s three first stages was spotted on its way from Hawthorne, California to McGregor, Texas.

Set to be the first Falcon Heavy launch since June 2019, SpaceX is working around the clock to prepare three new first-stage boosters – two side boosters and one ‘center core’ – and an expendable upper stage with a series of static fire acceptance tests at its McGregor, Texas development facilities. Like each of the 60+ Falcon boosters and 110 Falcon upper stages SpaceX has built and launched in the last 11 years, that new Falcon Heavy hardware must pass through a gauntlet of tests before the company deems them fully complete and ready for flight.

Before – or during – the process of actually fabricating and assembling the airframe of Falcon boosters and upper stages, SpaceX first manufactures their respective Merlin 1D (M1D) and Merlin Vacuum (MVac) engines and ships those individual engines to McGregor, Texas for acceptance testing. The McGregor team regularly conducts multiple Merlin and Raptor static fire tests daily, nominally firing each engine for anywhere from a few seconds to six or more minutes to guarantee optimal performance and verify their health.

If issues arise during testing, those engines can often be inspected and fixed by on-site engineers in Texas, but there are also cases where misbehaving hardware will be sent back to Hawthorne for more extensive rework before beginning the static fire process again. Eventually, once engines have passed static fire testing, they are shipped back to Hawthorne and installed on their respective boosters or upper stages.

For both stages, a range of cold gas thrusters used to control a booster or upper stage’s orientation in the vacuum of space are also tested in Texas before before final installation. Ultimately, once all individual component and subsystem tests are completed and the hardware has been returned to Hawthorne and installed, every single Falcon booster and upper stage is then shipped right back to McGregor to repeat even more complex static fire acceptance tests.

Once more, if major issues arise, SpaceX can and has return Falcon stages back to Hawthorne for rework. Otherwise, once static fire testing is completed, boosters and upper stages are shipped directly to one of three SpaceX launch pads in Florida and California. All of that exhaustive, multi-stage testing almost invariably ensures that the hardware that actually reaches launch pads is in pristine condition and truly ready for flight, though issues do still slip through the cracks on occasion.

In other words, the Falcon Heavy ‘center core’ spotted earlier this month is in the late stages of qualification testing and has one final hurdle – an integrated static fire – to pass before SpaceX can ship it to Florida to prepare for flight. That static fire testing process will likely last no less than 4-6 weeks. Falcon Heavy’s fourth launch – a mission known as US Space Force 44 (USSF-44) is currently scheduled to launch no earlier than late May or June 2021.