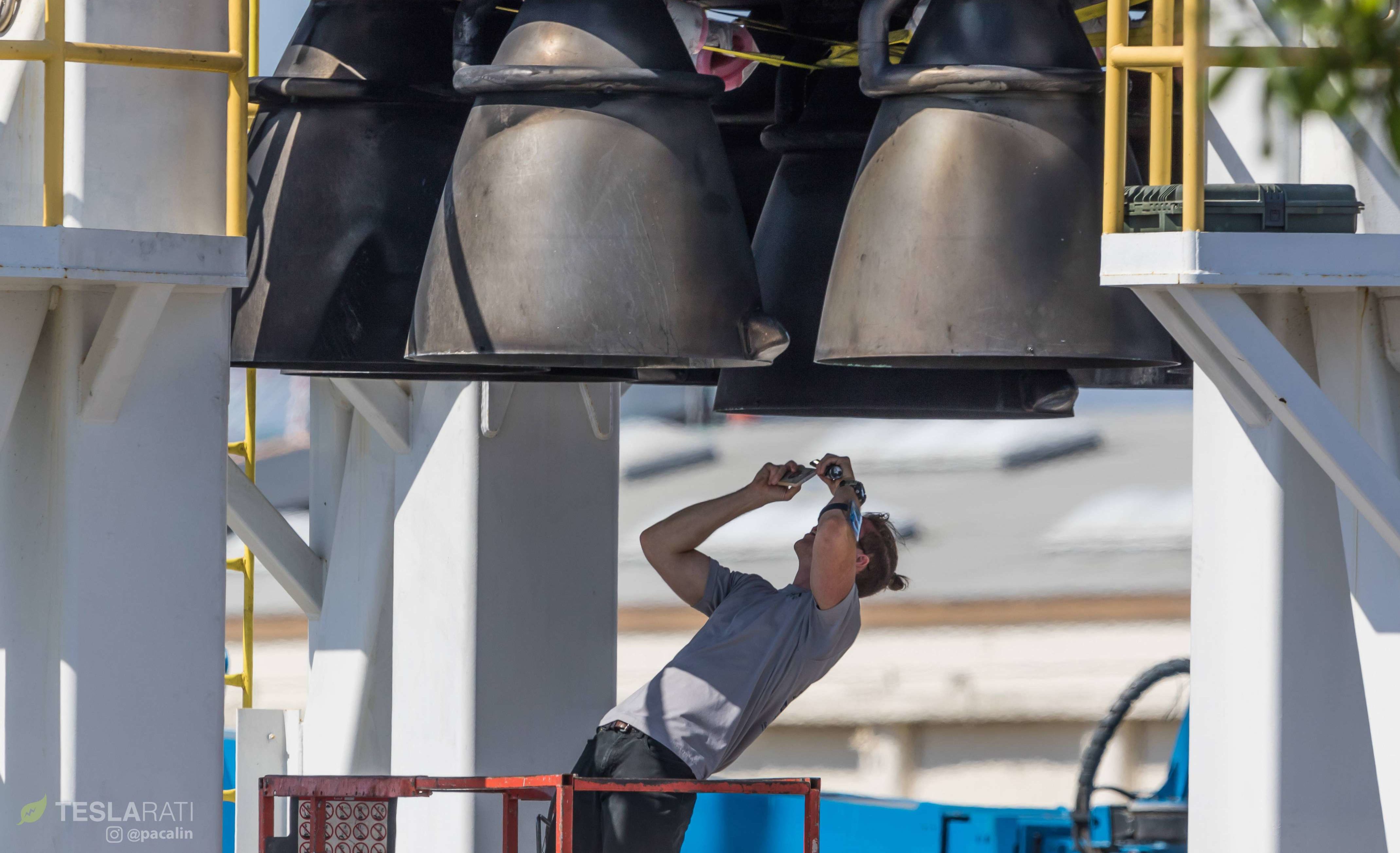 At the same time as SpaceX is readying its first Falcon 9 Block 5 booster reuse, the company’s second flight-proven Block 5 launch is already fast approaching and could be a strong contender to beat the company’s record of 72 days between launches of the same rocket.

A critical milestone for Falcon 9 Block 5

Formerly known as Telkom 4, SpaceX’s 1:18 AM EDT August 7th launch of the Merah Putih (Red and White in Indonesian) communications satellite will place the 5800 kg (12,800 lb) craft into a high-energy geostationary transfer orbit and will become the second heaviest GTO launch completed by SpaceX while still recovering the Falcon 9 booster. More importantly, however, Telkom 4 will also mark a critical milestone for Falcon 9 as the first reuse of a Block 5 booster.

Designed to be many times more reusable and reliable than the already impressive Falcon 9 Full Thrust iterations preceding it, pathfinder booster B1046 could be capable of flying anywhere from 5, 10, or even 100 launches over the course of its flightworthy lifespan. It very well may require some considerable refinements to approach the true goal of orbital Falcon 9 launches with zero refurbishments between flights. CEO Elon Musk discussed those aspirations just before Block 5’s launch debut on May 11:

“We need to basically take the rocket from its landing pad, rotate it horizontal, stow the legs. Take it to the launch pad, attach an upper stage, attach a fairing with a payload. Then transport it out the launch pad, rotate it vertically, load propellant, and fly. And in principle, that is literally all that’s necessary.” – Elon Musk

This is understandably SpaceX’s goal, and it’s unlikely to happen just a few months after Block 5’s debut. Nevertheless, SpaceX appears to be already pushing the envelope of what they’ve previously accomplished with reusable Falcon 9s.

Falcon 9 B1046 returned to Port Canaveral aboard drone ship OCISLY on May 15. It will launch for the second time on August 4. (Tom Cross) 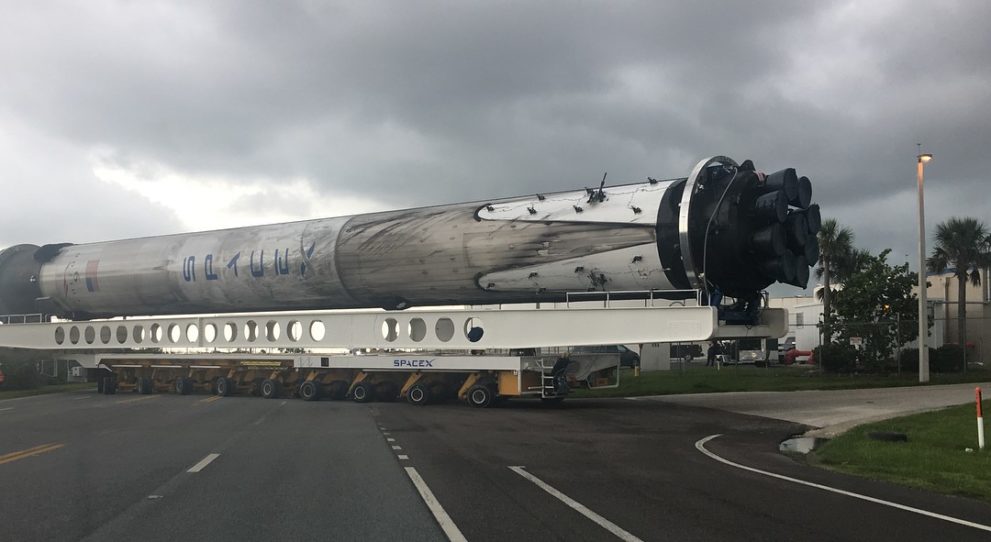 While B1046 is tracking towards a booster turnaround of roughly 92 days, compared with the current Block 4 booster record of 72 days, it’s worth noting that more than a majority of that time was likely spent in a state of unique analysis for the inaugural Block 5 rocket, involving extensive disassembly. As stated by Musk, “we need to take [B1046] apart to confirm that it does not need to be taken apart.” He also expected that teardown analysis to be “very rigorous”, indicating that B1046 probably deserves the crown for booster turnaround so long as one only accounts for time spent in transport and undergoing refurbishment.

Still, winning by a technicality is never any fun. On that note, SpaceX appears to be tracking towards a true record-breaking rocket reuse, potentially as few as 40 days between launches. Not one to let its other launch facilities be left out, this record-breaking turnaround attempt will occur on the West Coast with Falcon 9 B1048, the recovery of which has been extensively documented by Teslarati photographer Pauline Acalin over the last two weeks. NASASpaceflight.com confirmed that SpaceX intends to reuse B1048 for this mission for the NET mid-September launch and the record ~50 days between flights could help explain an unusually extensive and lengthy analysis of the rocket after it was lifted off drone ship Just Read The Instructions and placed on its dockside recovery stand. 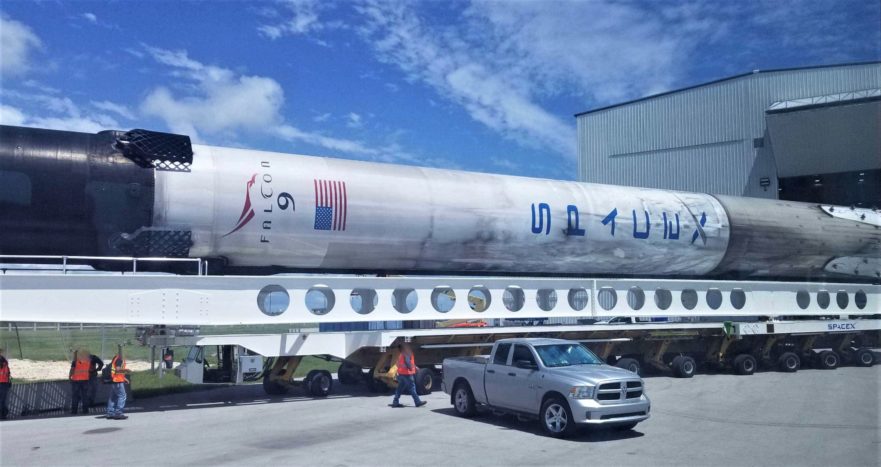 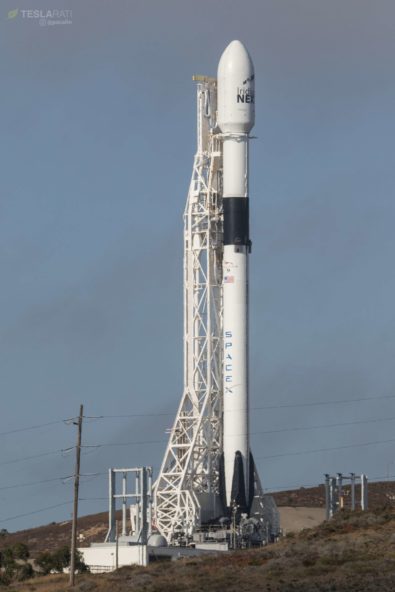 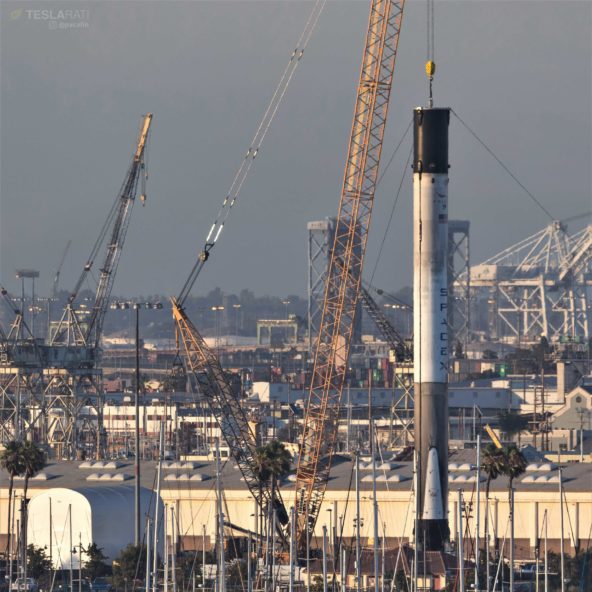 After a successful launch and landing, B1048 stands tall in Port of San Pedro before being lowered and transported for its next launch. (Pauline Acalin)

After 10 days of recovery operations and analysis, B1048 was transported to SpaceX’s Hawthorne factory on August 6th, where it will presumably undergo refurbishment in preparation for its next launch. If B1046 and B1048 are representative samples of SpaceX’s growing rocket fleet, their stunningly quick turnarounds (especially for a largely new rocket that debuted less than 3-4 months prior) are likely a sign of things to come as SpaceX gets a handle on the real-world capabilities of its robust Block 5 upgrade.

It’s entirely possible that every Block 5 reuse to come can and will break the previous launch turnaround record, at least up to the point that SpaceX demonstrates a true 24-hour turnaround sometime next year. Stay tuned…