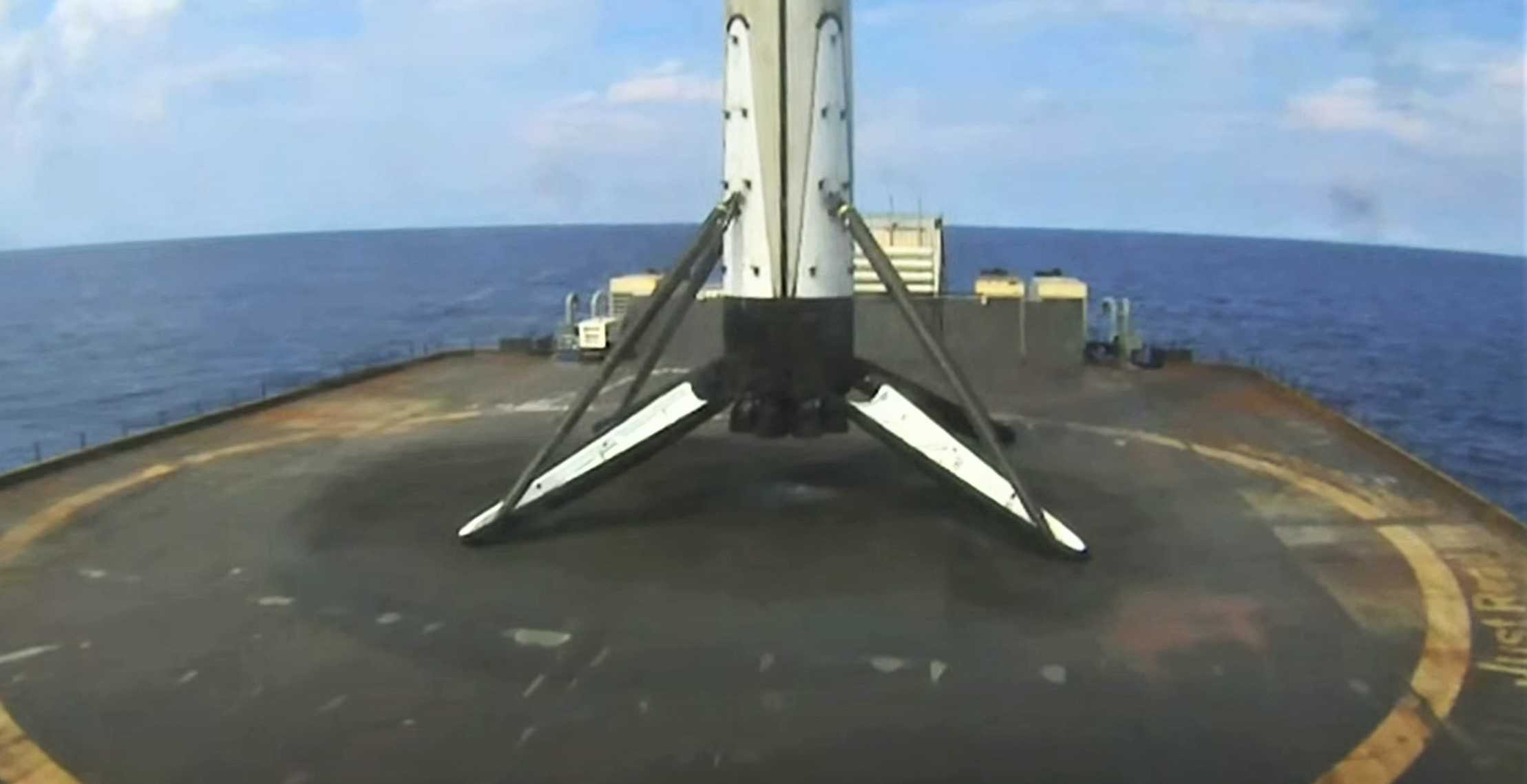 SpaceX has successfully landed a Falcon 9 booster for the first time after a dedicated satellite launch for the US military, marking a small but significant step towards broader acceptance of reusable rockets.

Despite high upper-level winds pushing Falcon 9 to the end of its 15 minute launch window, the rocket successfully lifted off with the US Air Force (Space Force) GPS III SV03 navigation satellite at 4:10 pm EDT on June 30th. Exactly on schedule, new booster B1060 performed exactly as expected, sending an expendable upper stage, a payload fairing, and the US military spacecraft well on their way to orbit.

A brisk 8.5 minutes after liftoff, SpaceX’s newest flight-proven orbital-class booster landed ~630 km (~390 mi) off the coast of Florida on drone ship Just Read The Instructions (JRTI) – the ship’s second East Coast recovery since its relocation from California. Aside from bolstering SpaceX’s unusually small fleet of four (now five) available Falcon 9 boosters, the landing should also help the US military gradually become more comfortable with the prospect of flying on flight-proven SpaceX hardware, although that is far from guaranteed.

Technically, the US Air Force has already allowed SpaceX to fly two flight-proven Falcon boosters on a single mission when Falcon Heavy lifted off for the third time with the military branch’s Space Test Program 2 (STP-2) mission in June 2019. Both Falcon Heavy side boosters (B1052 and B1053) had successfully supported the rocket’s commercial launch debut a little more than two months prior,

For vague reasons, the US military is still somehow the only major customer on Earth that remains hesitant about flying on flight-proven SpaceX rockets after 60 consecutively successful launches and almost 50 booster landings overall. Aside from essentially every commercial entity on the market for launch services, even NASA has already purchased several flight-proven Falcon 9 launches to send cargo to the International Space Station (ISS) and test a Crew Dragon abort mode.

More significantly, the space agency recently revealed that it will allow SpaceX to launch astronauts with flight-proven Falcon 9 boosters and spacecraft as early as H1 2021. It’s hard to imagine a stronger endorsement for the reliability of flight-proven SpaceX rockets.

Nevertheless, the US military recently took the biggest step yet towards a positive reception of reusable rockets, revealing that it is actively considering flight-proven SpaceX rockets for future national security space launches (NSSL) – albeit no time soon. For SpaceX, that likely means that Falcon 9 booster B1060 will be immediately turned around to support one or several future Starlink or commercial launches later this year. Either way, GPS III SV03’s successful launch is a major win for SpaceX.