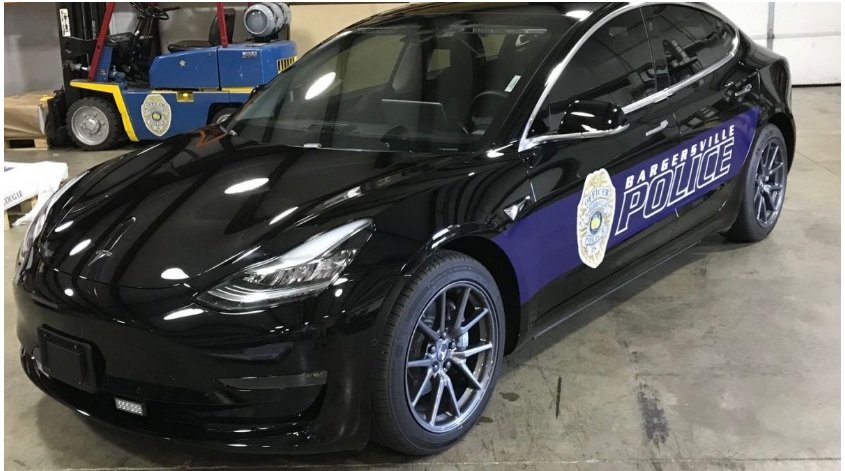 The chief of the Bargersville, Indiana Police Department has stood by the Tesla Model 3, stating that the all electric sedan has been a great police cruiser due to its generally maintenance free nature. In a recent tweet, the Police Chief Todd Bertram stated that the Model 3 is almost a year old already, and the only thing that needed to be changed in the vehicle so far was its rear tires.

The Tesla Model 3 was an experiment of sorts for the Bargersville PD. In a previous statement, Todd Bertram noted that the Model 3 was purchased partly because of its cost savings against other police cruisers that are typically used, like Dodge Chargers. The police chief estimated that the Model 3 could result in savings of up to $6,000 per year, which includes about $300 a month for gas.

With the experiment in mind, the police chief noted that the test of the all-electric sedan has been going better than expected so far. In a follow-up tweet, Bertram stated that he thinks the break even point for the Model 3 police cruiser would no longer be 24 months as initially estimated. Instead, the ROI for the vehicle is looking closer to 19 months — and this was despite the vehicle traveling about 19,000 miles since it was deployed in August 2019.

Police cars are required to be reliable, considering that even the their regular use is strenuous to a vehicle. Cruisers typically stand idle for hours, and if they are in pursuit, they are driven very hard. This is the reason why generally reliable cars are used for police duty. And based on the Bargersville police chief’s recent statement, it appears that the Model 3 is more than up to the task.

So reliable are the Model 3s that are being used by the Bargersville PD that Bertram expressed surprise when JD Power recently published its 2020 Initial Quality Study, which ranks the quality and reliability of vehicles. In the firm’s study, Tesla ranked dead last, and Dodge was ranked first. This, according to the police chief was surprising.

“I cannot even wrap my head around this report. We have 3 Tesla Model 3 and 2 Dodge Chargers and none of the Model 3 have ever seen a wrench, and we are always putting the Dodges in the shop for various reasons (like) water pumps, fuel pumps, alternators, (and) brakes,” he wrote.

Bertram’s stance comparing the reliability of the Tesla Model 3 and the Dodge Charger, both of which are used for police duty, holds a lot of water. The Bargersville PD deploys both vehicles, after all, giving Bertram a direct comparison of the two cars’ maintenance needs and reliability in heavy real world use.