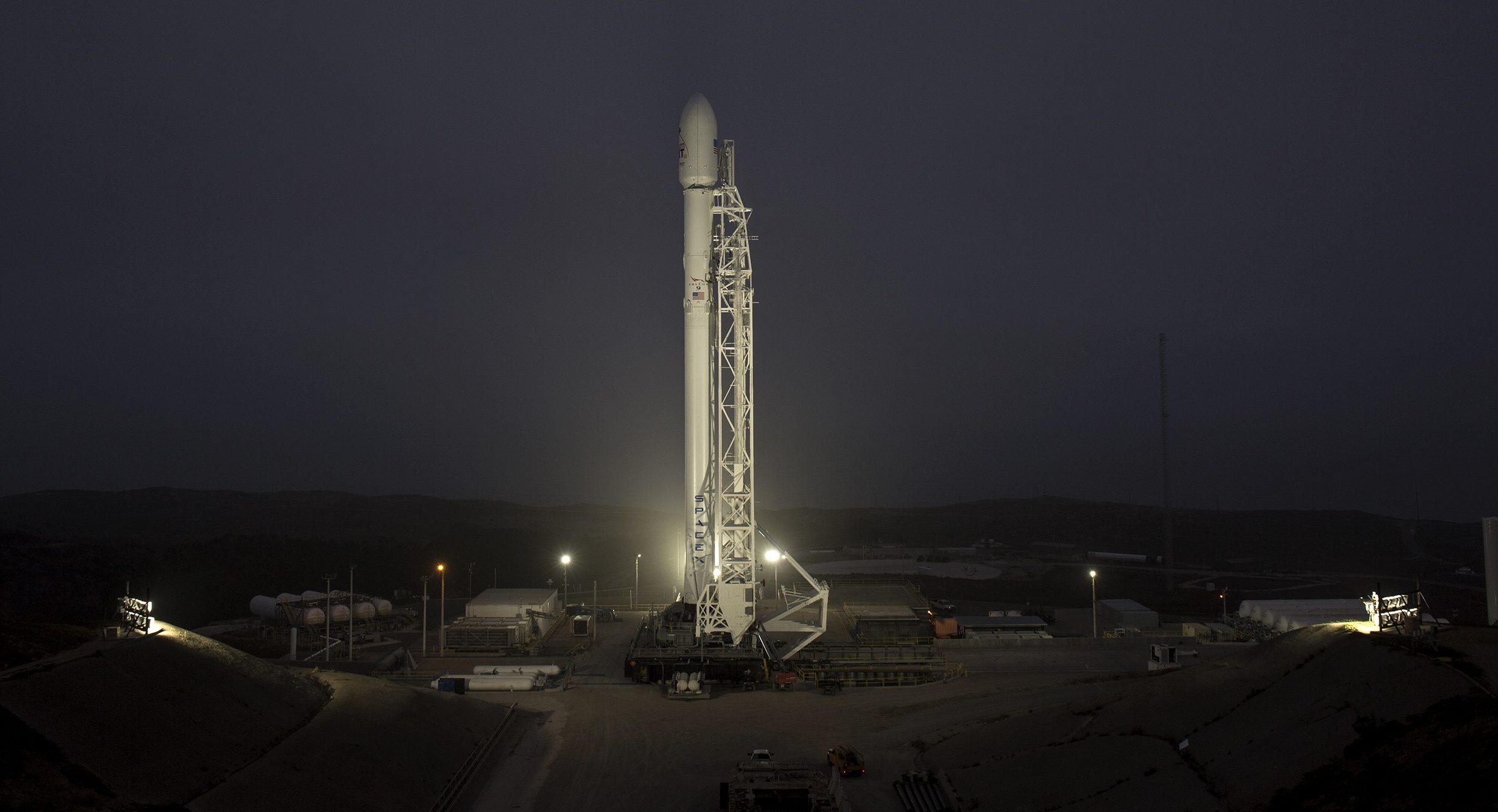 For the 14th time in 2017, SpaceX has conducted a flawless launch of their Falcon 9 workhorse rocket and the 11th successful recovery of a Falcon 9 first stage. Before sunrise on the West coast, Falcon 9 1041 lifted off from Vandenberg Air Force Base, California with the third payload of ten Iridium NEXT satellites, 21-30. SpaceX launched the 20 satellites preceding this flight in January and June earlier this year. 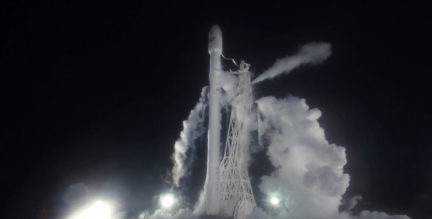 Falcon 9 1041 flipping around after separating from the second stage. (SpaceX)

After dispatching the rocket’s second stage and payload on a path to orbit, Falcon 9 1041 performed a feat that now almost feels routine, landing with dead-center accuracy several hundred miles off of the West coast aboard the drone ship Just Read The Instructions. While still experimental, it is almost certain that SpaceX also attempted to recover the vehicle’s payload fairing, designed to autonomously parachute onto what Elon Musk has affectionately deemed a giant “bouncy castle” floating in the ocean.

1041 bearing down on Just Read The Instructions ahead of a successful landing. (SpaceX)

Approximately one hour after 1041 returned to Earth, the mission was successfully completed after all 10 Iridium NEXT satellites deployed from Falcon 9’s second stage, marking the end of the picturesque predawn flight. Up next on the docket of launches is SpaceX’s SES-11 mission and third commercial reuse of a Falcon 9, currently expected to lift off from Kennedy Space Center, Florida on the evening of October 11. A truly picturesque live view of the Iridium NEXT satellite deployment, with four visible on the left. (SpaceX)