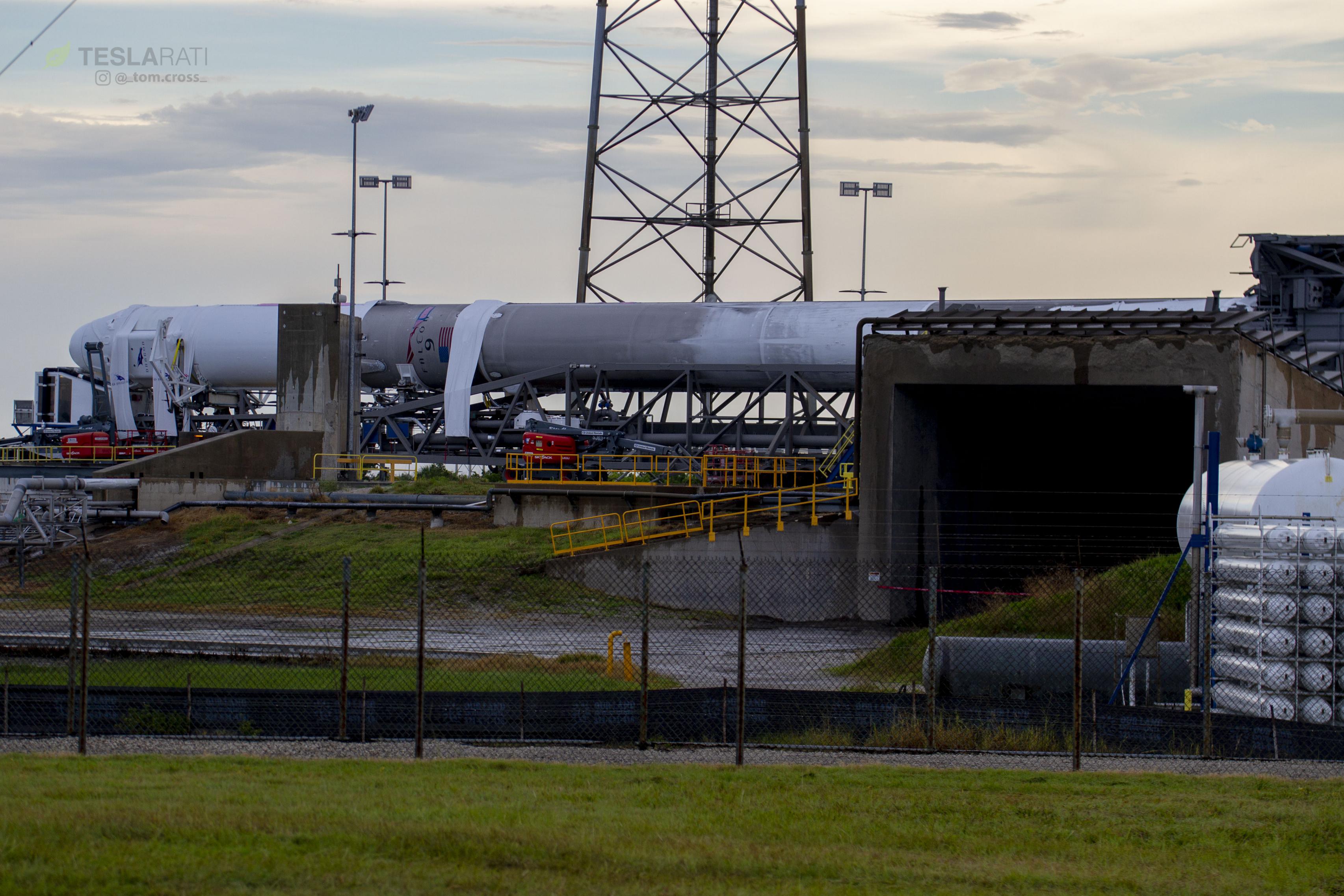 SpaceX Falcon 9 B1045 is just hours away from completing its second and final mission, a launch that will also signify a swan-song for the reusable rocket company’s Block 4 and older boosters. Not one to let an opportunity go to waste, Elon Musk’s space company intends to do a long coast demonstration of the orbital upper stage once the reused Cargo Dragon spacecraft separates.

Jessica Jensen, SpaceX’s Director of Dragon Mission Management, spoke among a panel of CRS-15 stakeholders on the morning of June 28 and spoke evident pride and confidence in the company’s progress up to this point, with respect to both the mission at hand and SpaceX’s achievements more generally. CRS-15, the third flight-proven Dragon and Falcon 9 launch, is a fitting mission for SpaceX to bring to a close their H1 launch manifest (the 12th of 2018), mainly due to the impressive fact that more than two-thirds of the boosters launched this year have been flight-proven.

As Jensen rightfully noted, SpaceX completed its first-ever reuse of a recovered Falcon 9 booster scarcely 15 months ago in March 2017, a period in which SpaceX has since completed 26 missions, recovered 16 Falcon 9 and Heavy boosters, and successfully launched 12 flight-proven rocket boosters. At the current rate of launch, SpaceX is likely to smash its previous annual cadence record – 18 in 2017 – with anywhere from 24 to 28 launches this year, with CRS-15 marking a dozen missions in the first half of the year, if successful. As such, simply the launch frequency in the first six months would bring SpaceX to 24 completed missions this year. A slight uptick, perhaps as a result of the rapid reusability of new Block 5 boosters, might allow SpaceX to squeeze in several additional missions.

Critically, Jensen also noted that B1045’s final launch will be significant for a reason other than the fact that it nearly halved the previous record for Falcon 9 booster refurbishment, an accomplishment she ceded to the skill and growing experience of SpaceX’s rocket refurbishment teams of engineers and technicians. Aside from that growing expertise, she stated that

“[CRS-15] will also be the final Block 4 configuration of a Falcon 9 booster that SpaceX flies, so all the boosters from here on out will be the Block 5 version.”

Barring unforeseen design flaws, Falcon 9 Block 5 has the potential to be a game-changer, perhaps allowing SpaceX to finally realize a long-term goal of dramatically lowering the cost of access to orbit with new reliable, reusable rockets. Reported by NASASpaceflight.com to be flying aboard a Block 4 booster, something also confirmed to Teslarati through a separate source, it’s not 100% clear if Jensen’s blanket statement included the upcoming in-flight Crew Dragon abort test, scheduled sometime after the upgraded Dragon’s first launch in late 2018. Regardless, she is fully correct in the sense that all future commercial SpaceX launches after CRS-15 will quite definitively fly aboard Falcon 9 and Heavy Block 5 rockets. 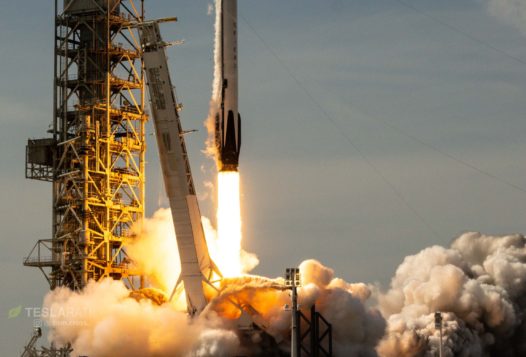 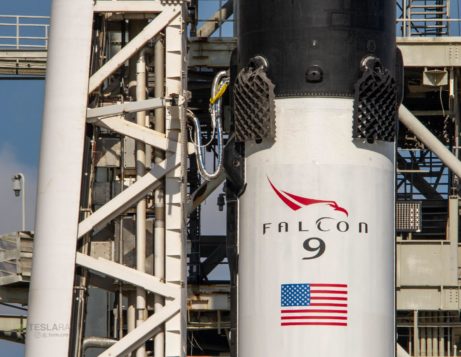 Meanwhile, the specifics of CRS-15 mirror SpaceX’s two most recent International Space Station resupply missions, both of which simultaneously flew flight-proven orbital Cargo Dragon spacecraft and flight-proven Falcon 9 boosters, leaving just the second stage and Cargo Dragon trunk to be expended. As a taste of the future SpaceX fully intends to realize, the spectacle of these CRS missions is not only undeniable but demonstrates a newfound confidence in commercial reusable rockets growing within NASA, an agency that SpaceX would quite simply not be here today without.

Falcon 9 on its side this evening for Dragon capsule loading. Taking photos of a horizontal rocket in a light rain during sunset was a nice treat for a change. Launch is at 5:42am est. and should be incredible! @Teslarati #SpaceX #falcon9 #crs15 @NASA @ISS_Research pic.twitter.com/F0fGc8w96n

After CRS-15, SpaceX has another five flight-proven Cargo Dragon missions left on their CRS-1 contract, after which the updated CRS-2 contract will take over, replacing the old Cargo Dragon with an upgraded cargo version of SpaceX Crew Dragon, also known as Dragon 2. CRS-2 launches are currently scheduled to begin sometime in 2020.

Finally, reminiscent of Falcon Heavy’s spectacular debut launch, Falcon 9’s upper stage “will be doing a long coast demonstration [after Cargo Dragon separates from the rocket]”. Jensen was unable to go into more detail here, but it can be safely presumed that the S2 coast test is either related testing for upper stage reusability or is being used as an opportunity to further demonstrate on-orbit coast capabilities to the US Air Force and/or NASA, a feature that is necessary for certain national security and interplanetary missions. 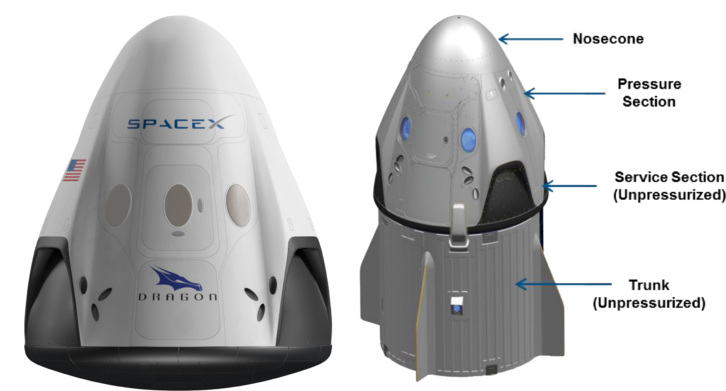 An overview of Crew Dragon’s main features, all of which can be seen in the real-life photos. The Cargo Dragon version will likely remove seats and windows. (SpaceX) 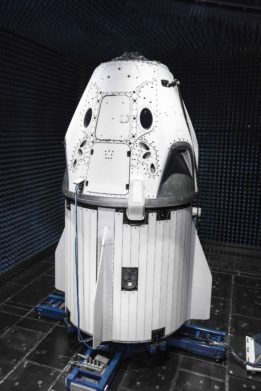 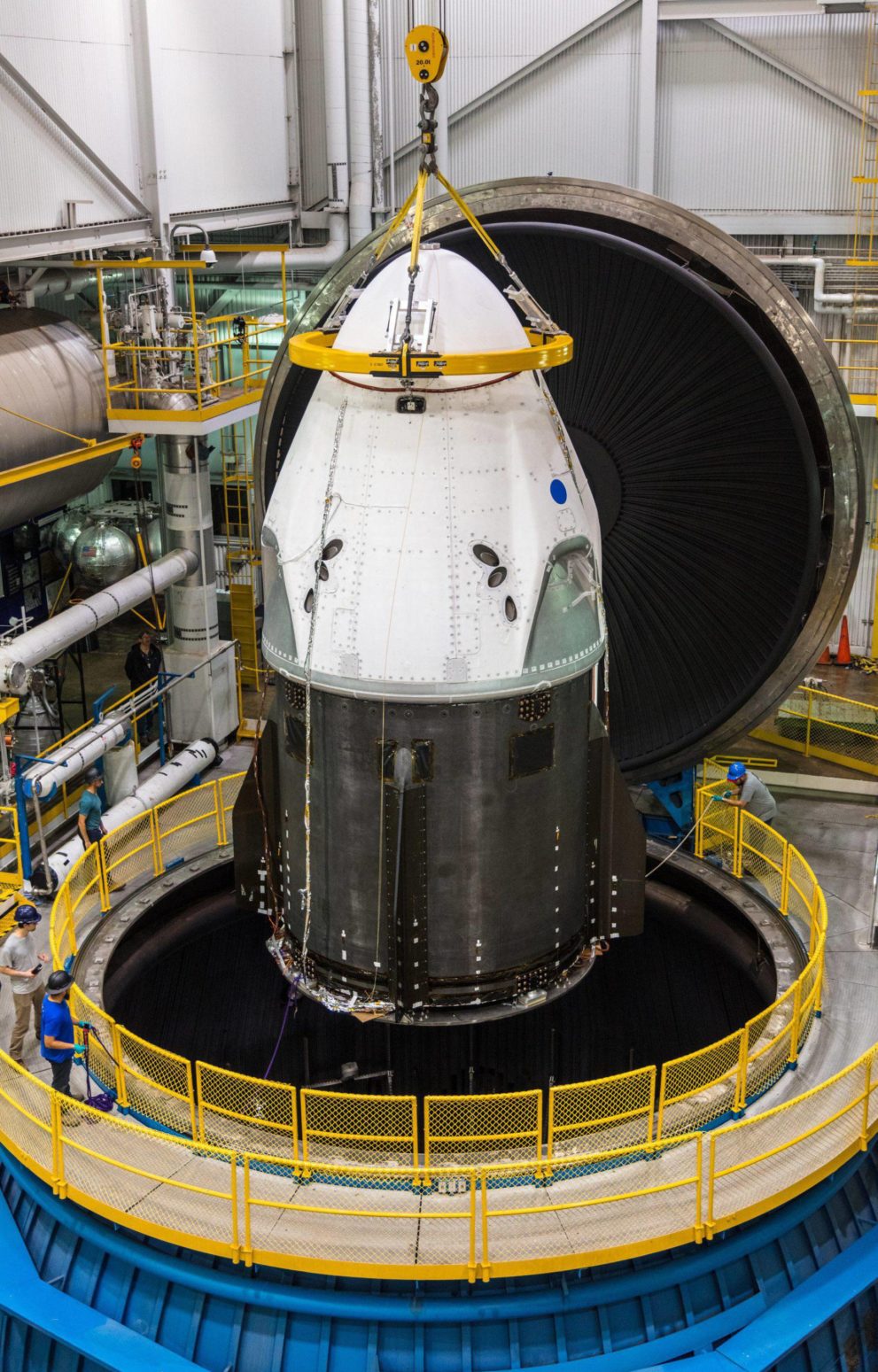