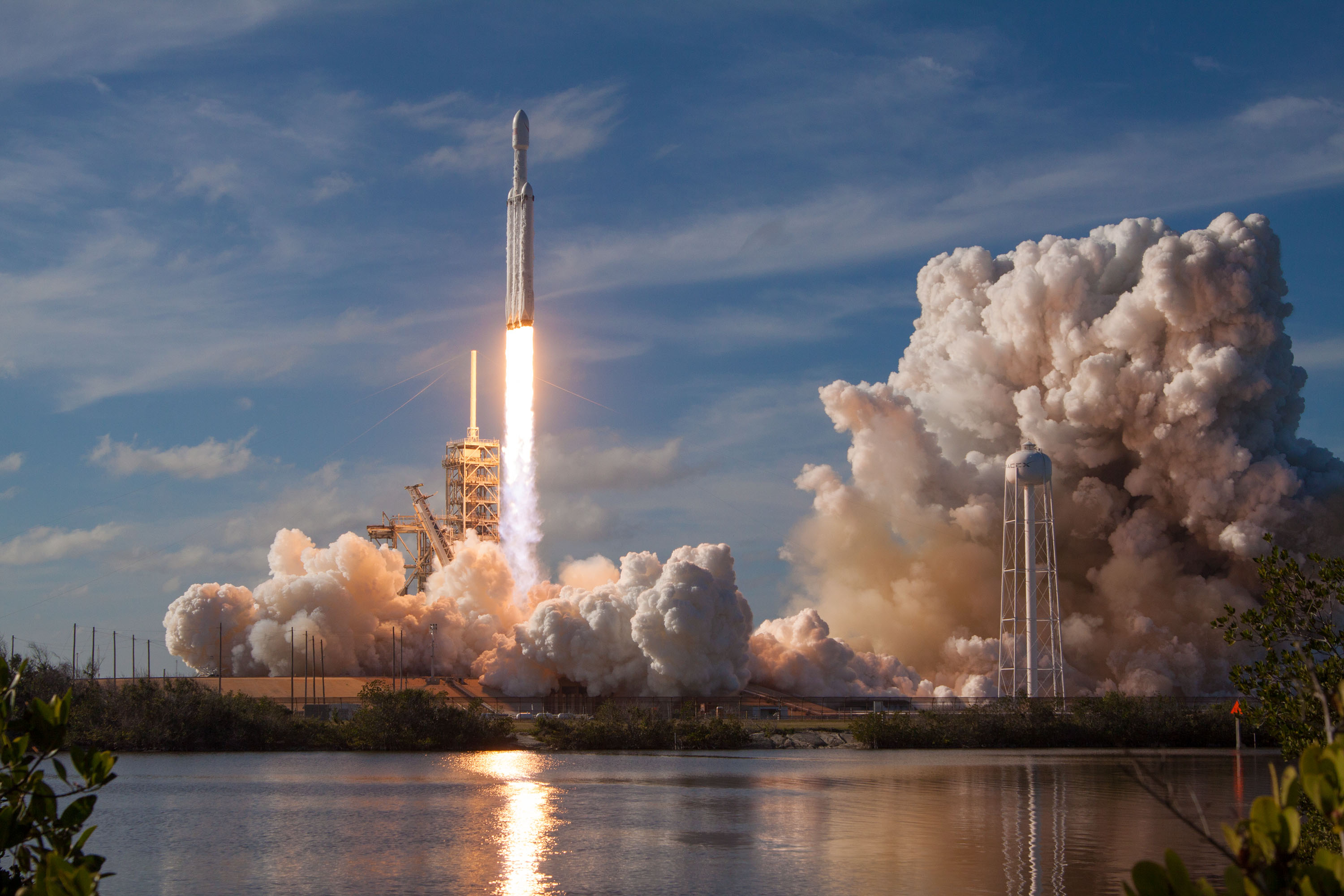 As SpaceX CEO Elon Musk so succinctly put it in a post-Falcon Heavy press conference, “I’m trippin’ balls here.” Following a truly stunning inaugural launch of the heavy-lift rocket, during which two of three first stages performed a simultaneous landing back on Earth, Elon’s own Tesla Roadster began its trip to deep space and Mars. 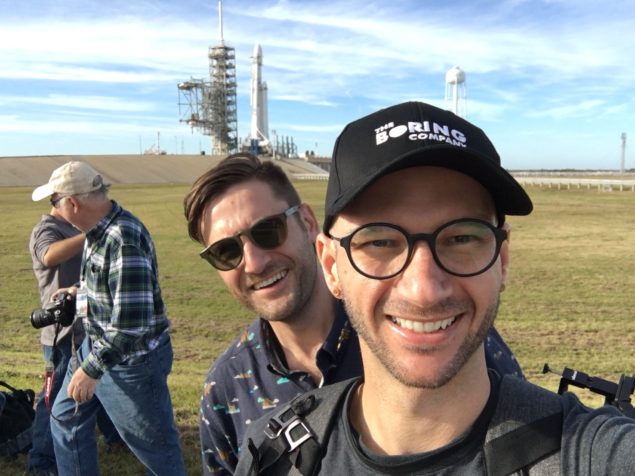 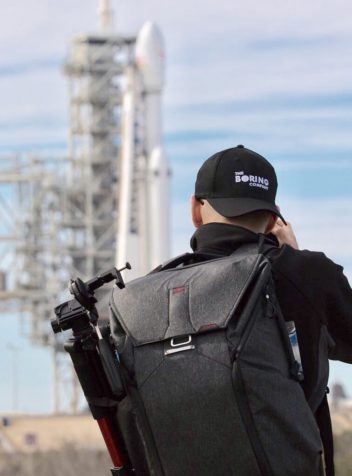 In attendance at the historic event was Teslarati’s launch photographer, Tom Cross, who took full advantage of the opportunity by capturing some truly incredible photos. Below is a gallery of some of the best stills from both Tom’s distant viewing point and remote cameras placed at the launch pad.

Tom has managed to capture Falcon Heavy’s inaugural launch from start to finish, ranging from liftoff, booster separation, booster landings, and much more. 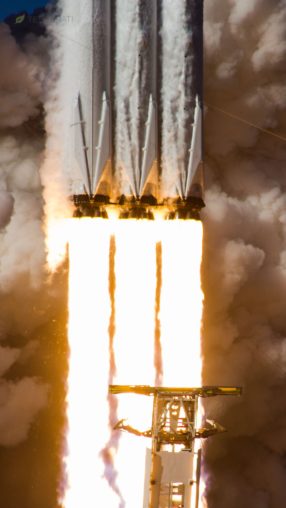 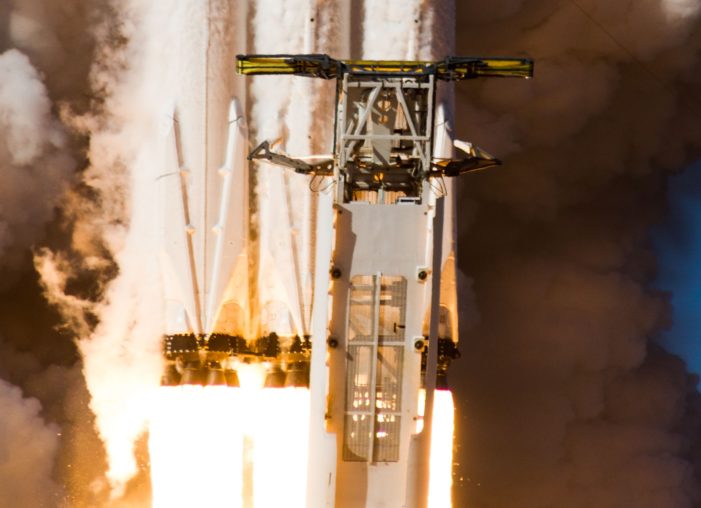 After clearing the launch pad, something Elon Musk famously stated would be the point after which he considered the launch a success, Falcon Heavy rapidly accelerated on its way to orbit, passing one of the riskiest points of rocketry (Max-Q, peak atmospheric pressure) soon after. 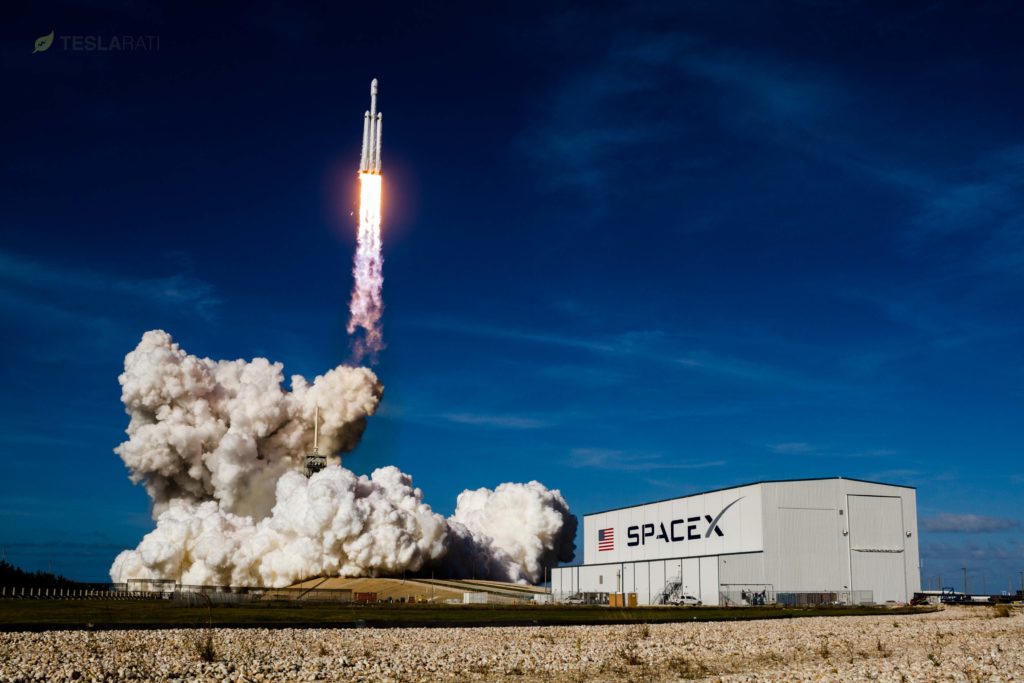 Last but not least (at least regarding what’s visible from the ground), Falcon Heavy’s two side boosters successfully separated from the center booster of the rocket and began their return to Cape Canaveral. After boosting back, they reentered into the main bulk of Earth’s atmosphere and performed a truly incredibly landing, synchronized as if they were performing an elaborate aerospace ballet. Tom managed to capture these events in impressive detail from at least several miles away. Before beginning landing procedures, Falcon 9 (and Heavy) boosters effectively surf the atmosphere, using their considerable surface area to glide towards the pad while their titanium grid fins provide additional accuracy and stability.

Finally, both boosters came to a near-simultaneous stop at their separate launch pads. (Tom Cross)

Described perfectly in the post-launch press conference, Elon Musk stated that the synchronized landing was probably the coolest thing he had ever seen, and I have to agree with him on this point. With his exceptional coverage of this historic moment, Tom Cross has truly outdone himself and produced some utterly iconic photographs of Falcon Heavy’s inaugural launch. 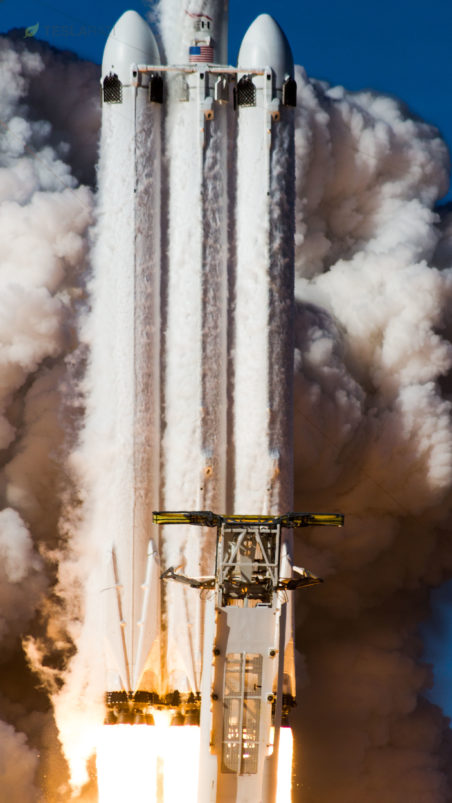 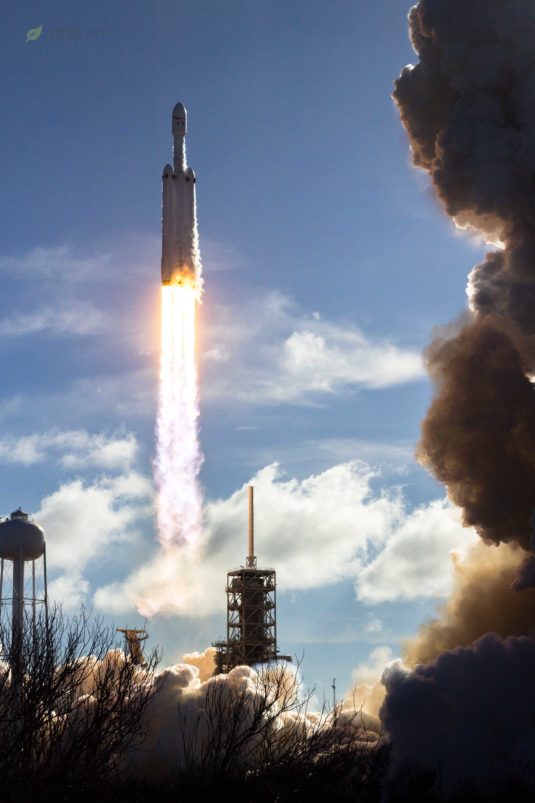 In the meantime, Roadster, Starman, and Falcon Heavy’s upper stage (S2) are performing their own form of orbital ballet. SpaceX is likely less than an hour away from commanding the final relight of S2’s Merlin Vacuum engine, a burn that will, at last, send the eccentric payload on its way into deep space and Mars. At least during the several remaining hours of battery power, SpaceX is hosting an ongoing livestream of Roadster and its multiple camera views as it orbits the Earth and prepares to depart from Earth. Catch the stream live at the link below.