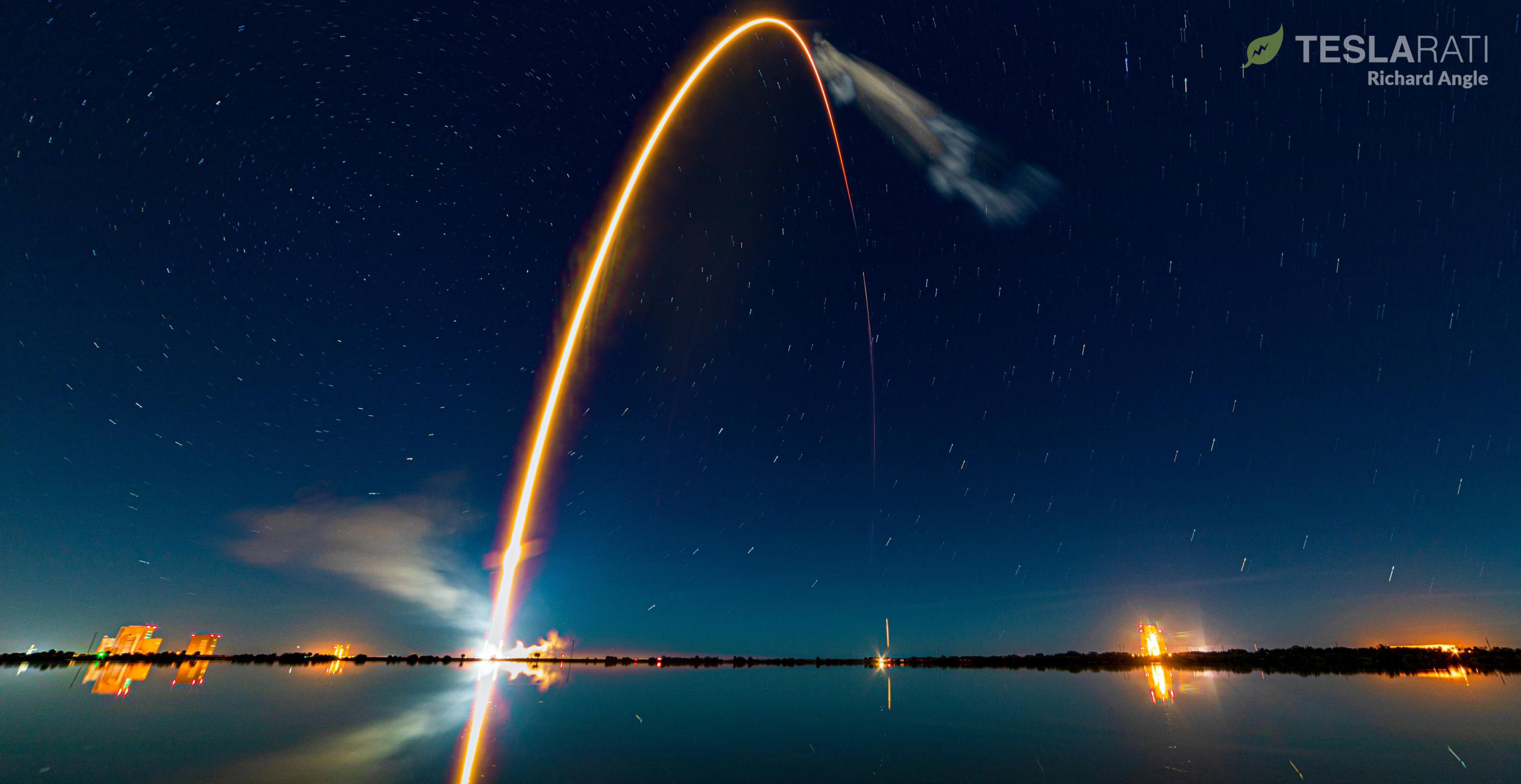 FCC paperwork suggests that the SpaceX has added a mystery rocket launch to its packed October manifest. (Richard Angle)

Under the US Federal Communications Commission (FCC), companies must submit an application for permission to communicate with their rocket for every single launch. While a major annoyance for those companies and an undeniably clunky process, those applications for “special temporary authority” (STAs) to communicate are one of the only ways members of the public can independently monitor and forecast US launch activities. For SpaceX, the company typically applies for multiple STAs for every single launch, including specific applications for booster launches, landings, and preflight ground tests.

The separate STAs can be connected with a “Mission Number” SpaceX associates each one with, while coordinates included to designate the area of landing communications (i.e. the drone ship recovery zone) often reveals a mission’s trajectory. Combined, STAs can often be used to identify the exact mission (i.e. a Starlink launch, Crew Dragon, etc.). STAs for SpaceX’s upcoming Crew Dragon Crew-1 and Cargo Dragon CRS-21 missions, as well as several Starlink launches, have already been identified.

Starlink-12 – SpaceX’s 11th Starlink mission this year and 13th overall – is tentatively set to follow GPS III SV04 at 9:17 am EDT (13:17 UTC) on October 1st. Starlink-13 and Starlink-14 are then scheduled to launch no earlier than mid-to-late-October. Finally, SpaceX and NASA are in the final stages of preparing for Crew Dragon’s Crew-1 mission – the spacecraft’s first operational delivery of astronauts to the ISS – as soon as October 31st (Halloween).

A new Sirius XM radio satellite (SXM-7) could launch on a Falcon 9 rocket on November 6th. On the West Coast, SpaceX’s first California mission since June 2019 could launch on November 10th. SpaceX and NASA are also targeting the launch debut of an upgraded Cargo Dragon 2 resupply spacecraft on a mission known as CRS-21, scheduled to lift off NET November 15th. Last but assuredly not least, Turkey’s Turksat 5A communications satellite could launch as early as November 31st. No Starlink missions are currently scheduled in November but it’s safe to assume that there will be at least one or two. Altogether, SpaceX already has five launches scheduled in October and four set for November. While undeniably prolific, SpaceX has never launched more than three times in one month.

Now, on top of that swath of firm launches, mysterious “SpaceX Mission 1512” has joined the fray. Based on the FCC STA request, the mission is scheduled to launch no earlier than (NET) October 3rd (with a six-month window) and will include a return-to-launch-site (RTLS) Falcon 9 booster landing. The RTLS landing in particular substantially constrains the mission and means – right off the bat – that it can’t be for Starlink, while also ruling out Cargo Dragon CRS-21 (an RTLS landing STA already exists) and Crew Dragon Crew-1 (drone ship landing). Simply put, an RTLS rules out every other launch on SpaceX’s 2020 manifest beyond a rideshare mission tentatively scheduled in December, and SpaceX almost never files for STAs months in advance.

That leaves some kind of unannounced, mystery mission. Only once in SpaceX’s history has the company conducted an unannounced launch – unsurprisingly for some unknown branch of the US military or espionage apparatus. Known as Zuma and still shrouded in secrecy, it followed an almost identical pattern, revealed only through FCC launch and landing communications requests and rumors in 2017 before a January 2018 launch. Although Northrop Grumman was thrown under the bus for a failed payload adapter that may or may not have doomed the satellite, no federal agency has taken credit for the mission – unspeakably odd as far as spaceflight goes.

At the time, unofficial rumors published on Reddit implied that Zuma would only be the first of many similar missions. The claimed failure of a spring-like deployment mechanism and loss of spacecraft – believed to be worth one or several billion dollars – just hours after launch would have unsurprisingly thrown a wrench into those gears. Now, almost three years later and in the midst of an exceptionally busy period of several important launches, could SpaceX be preparing for Zuma-2?