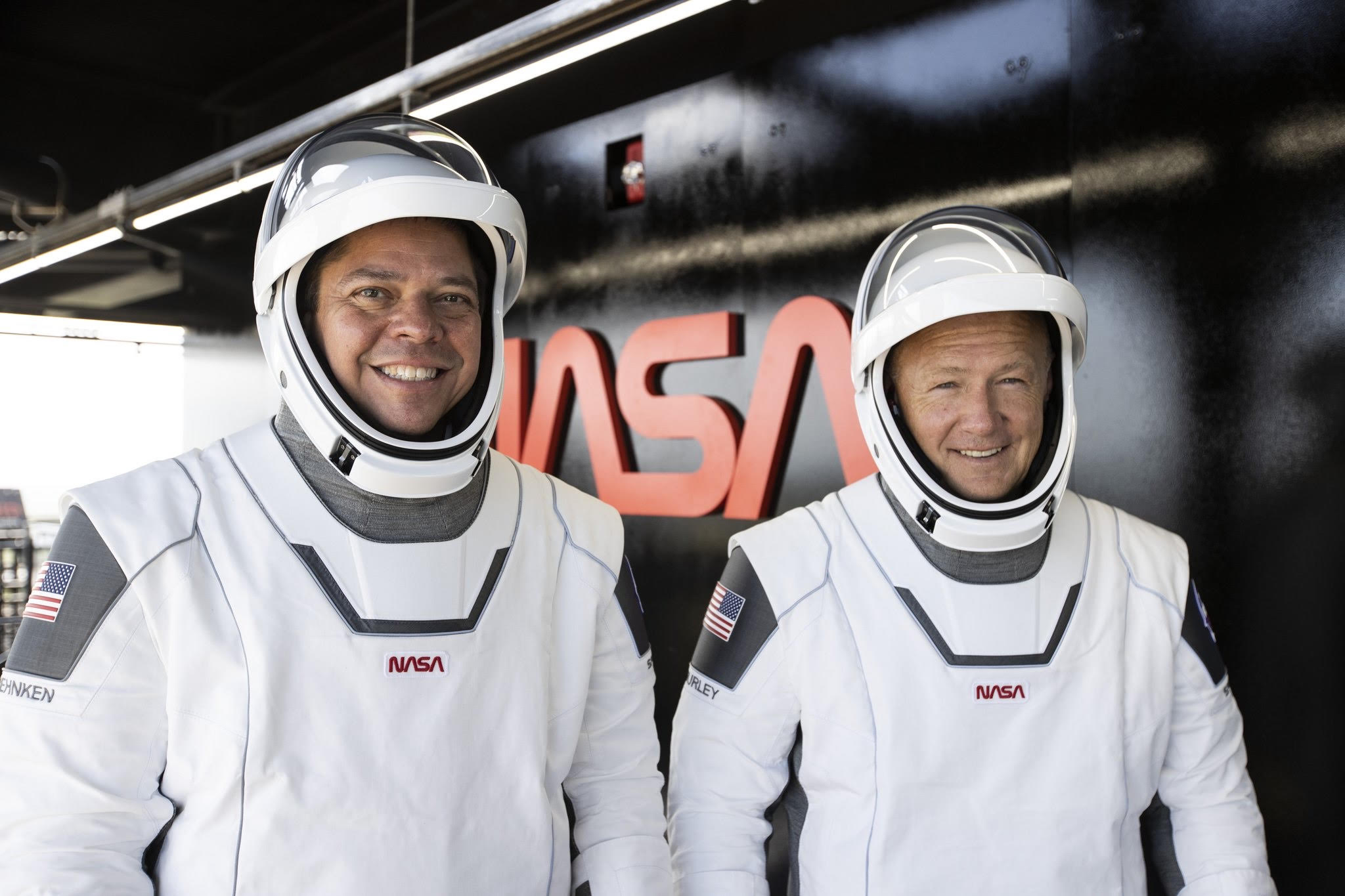 Bob and Doug are all smiles as they complete the final dress rehearsal before launch. Credit: NASA

SpaceX’s Crew Dragon capsule will carry humans into orbit for the first time, in just three days. In preparation for that historic liftoff, it’s initial passengers — NASA astronauts Bob Behnken and Doug Hurley — put on their spacesuits for a trial run.

The dress rehearsal was the final practice run ahead of the big day’s events. Behnken and Hurley, along with countless engineers and members of launch control teams across three centers, practiced what it would be like to conduct the actual launch.

The day started with Behnken and Hurley putting on their spacesuits, followed by the traditional walk out of the astronaut quarters. The duo posed for a few photos before hopping into their Tesla and driving off toward the launch pad. The white model X has been emblazoned with both NASA logs — the worm and the meatball.

Once at the pad, the two astronauts hopped into an elevator bound for the crew access arm, which towers 265-feet off the ground. The crew then boarded the Dragon capsule through a hatch on the vehicle’s side. After strapping in, the crew performed some system checkouts before proceeded with a simulated launch countdown.

The day’s activities encompassed what the crew will be going through on launch day, stopping just before the fuel is loaded on board. Once the test run was over, the crew disembarked from the Dragon, and rode in their Tesla  back to crew quarters.

The duo has named their Dragon spacecraft, but have decided to keep that name a secret until launch day. The naming of spacecraft goes back to the beginning of the space program.

With the final dress rehearsal in the books, the last major hurdle for SpaceX will be a launch readiness review on Monday. If all goes as planned and weather at the launch site cooperates, Behnken and Hurley will lift off on May 27 at 4:33 p.m. EDT.