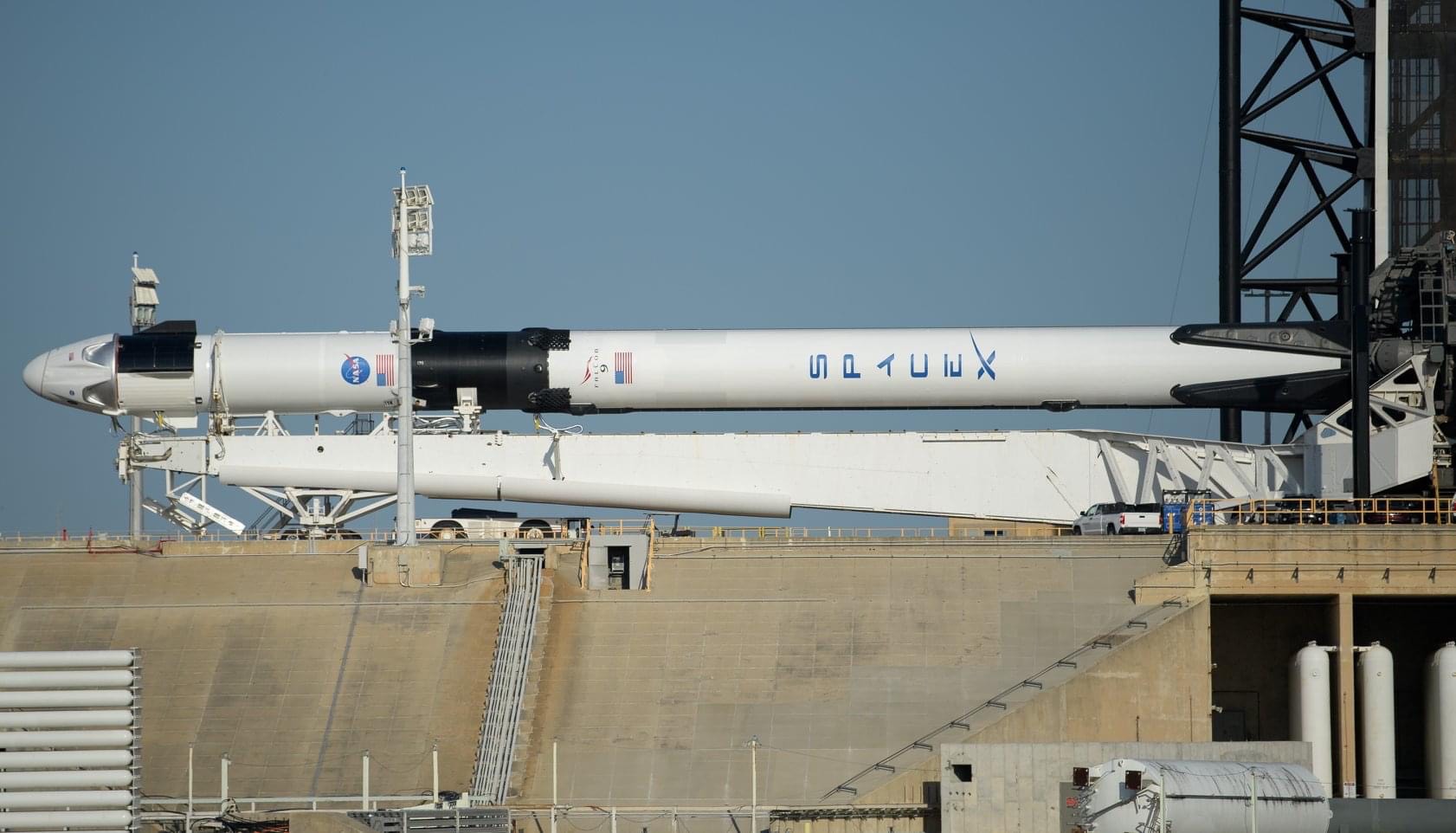 The Falcon 9 left the hangar at Pad 39A early in the morning on May 21. Credit: NASA

SpaceX’s Crew Dragon spacecraft and its Falcon 9 launcher rolled to the launch pad on May 21. A few hours later, the rocket went vertical, standing 215 feet tall on its perch atop Pad 39A. From here, SpaceX will conduct a static fire test of the rocket’s main engines on Friday, May 22.

During that test, which is a part of SpaceX’s routine pre-launch preparations, the rocket will be fueled and held in place as the nine Merlin 1D engines are briefly fired. This allows engineers to assess the booster’s performance and ensure all systems are working as they should.

The Falcon 9 rocket starring in this historic mission is a brand new booster, never flown before. For its inaugural flight, the rocket will ferry two NASA astronauts — Bob Behnken and Doug Hurley — into space, where they will sync up with the International Space Station just 19  hours after launch. 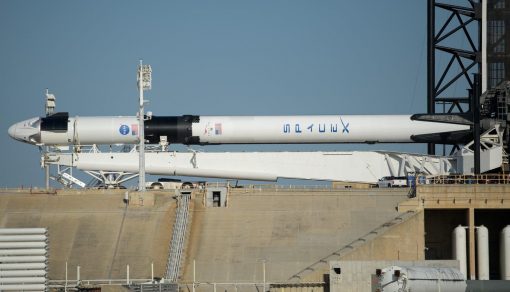 The Falcon arrived at the top of the pad and proceeded to go vertical around 9 am on May 21. Credit: NASA 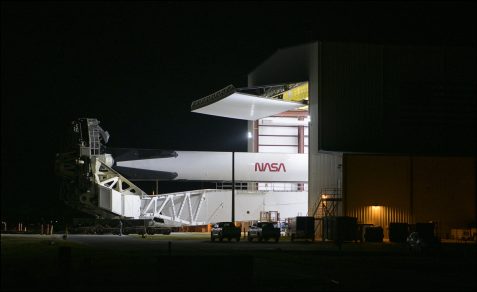 The Falcon 9 left the hangar at Pad 39A early in the morning on May 21. Credit: NASA

Agency officials, together with SpaceX are conducting an analysis of the vehicle’s ability to fly people safely. Called a Flight Readiness Review, the meeting it essentially the final major hurdle before the launch can proceed.

Many were concerned his abrupt departure may have something to do with the crew mission, but that does not appear to be the case based on comments from Loverro. In a report by the Washington Post, Loverro said told the Post that his departure had nothing to do with commercial crew, but instead was related to the Artemis moon program.

Still, that didn’t stop Congress from raising an eyebrow at the timing of it all.

Despite the shuffle in leadership, NASA and SpaceX are pressing forward with the launch, and are expected to hold a press conference later this evening (May 21) to discuss the results of the Flight Readiness Review.

In the meantime, it’s business as usual at the launch pad. The vehicle is standing tall and engineers are prepping it for the week’s upcoming activities, which include one final dress rehearsal with the crew.

That just leaves the final launch readiness review on Monday, May 25, followed by the launch two days later.

This is the third time in history that a brand new vehicle has stood poised to launch atop this very pad. 39A previously hosted NASA’s Apollo moon missions, as well as the bulk of the shuttle missions. Now, another brand new vehicle will carry humans for the first time. Lifting off at 4:33 pm EDT (2033 UTC), the Crew Dragon spacecraft will make history as it ushers in a new era of human spaceflight — one where commercial companies are leading the way.