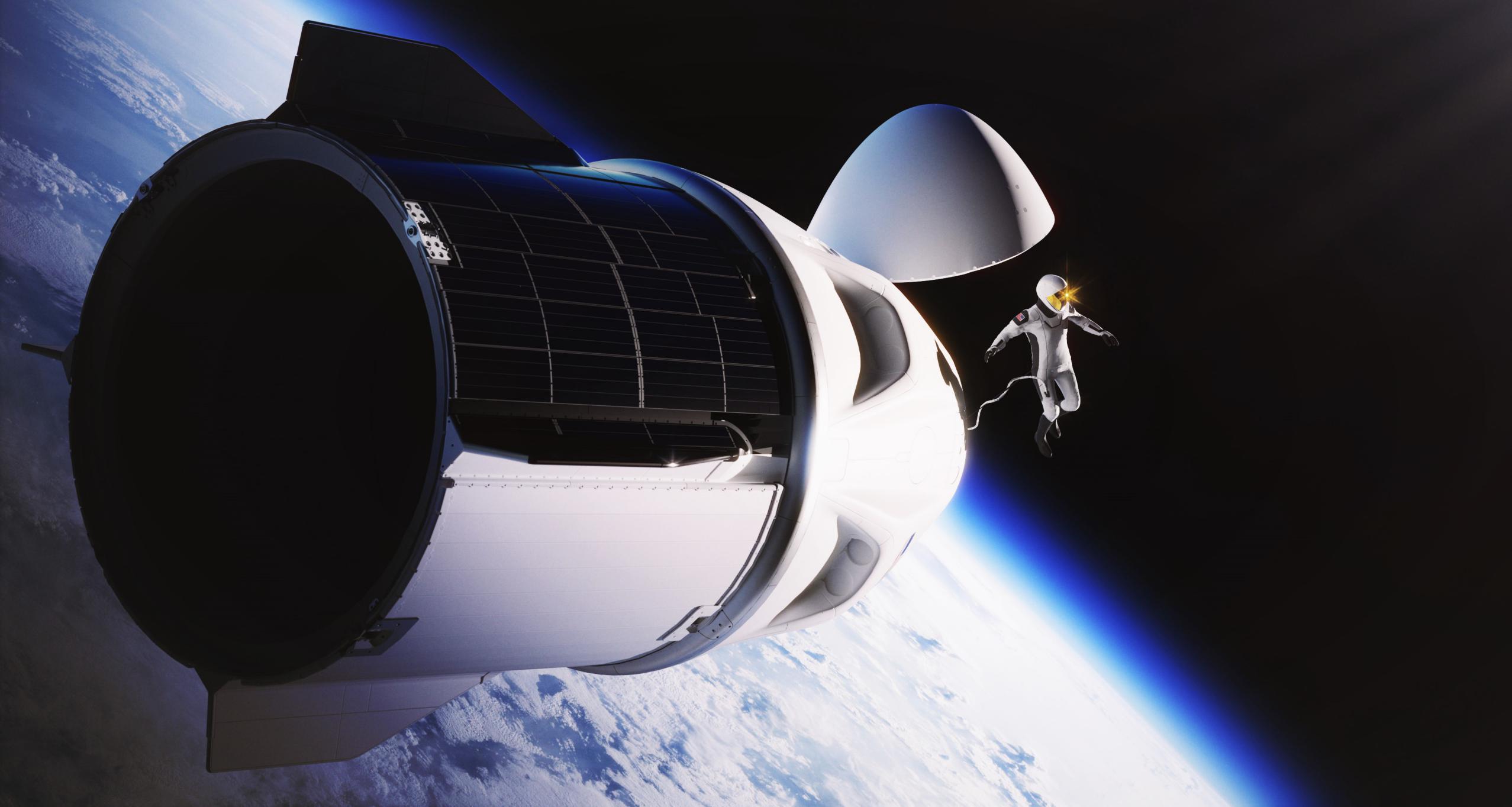 SpaceX, Polaris reveal plans to launch private astronauts higher than ever before

SpaceX and Polaris have teamed up for three private astronaut launches, including the highest launch in decades and the world's first private EVA. (SpaceX)

SpaceX and Inspiration4 creator Jared Isaacman have announced the Polaris Program, an initiative designed to carry the torch forward from Inspiration4 with even more ambitious private astronaut launches.

In September 2021, four astronauts became the first all-private crew to launch into orbit on a mission known as Inspiration4. First and foremost, I4’s goal was to uplift St. Jude’s Children’s Hospital and raise money for the fight against childhood cancer. It undeniably succeeded in that regard, raising almost a quarter of a billion dollars – about half of which came from public donations. The mission also catapulted SpaceX into the spotlight and appeared to mark the very beginning of the company’s private human spaceflight ambitions.

Combined with a separate program from Axiom Space, which has already booked four fully private astronaut missions to the International Space Station (ISS), the creation of the Polaris Program appears to confirm as much.

SpaceX now has six private Crew Dragon launches scheduled within the next few years. Polaris adds at least two missions, beginning as early as Q4 2022. Known as Polaris Dawn, the mission will be Crew Dragon’s second free-flyer mission after Inspiration4, meaning that the spacecraft will fly on its own for the full five-day duration. That gives SpaceX and the Polaris team far more freedom, freedom that they plan to take advantage of.

SpaceX aspires for Polaris Dawn to be the highest Earth orbit humans have traveled to since the 1960s and the furthest humans have been from the planet since the 1970s. NASA’s Apollo missions, which sent humans to the Moon, hold the all-time record, which Polaris Dawn will barely scratch the surface of. But in Earth orbit, the record – 1368 kilometers (850 mi) – was set by Gemini XI in September 1966.

With a drone ship landing for the booster, Falcon 9 is officially capable of launching around 12 metric tons (26,000 lb) to a circular 1400 km (870 mi) orbit. For unknown reasons, SpaceX and NASA have never acknowledged Crew Dragon’s mass at liftoff, but the first uncrewed vehicle weighed around 12 tons when it docked with the ISS. As such, it’s likely that Crew Dragon weighs at least 13 tons with a full crew of four astronauts. It’s possible that SpaceX can reduce Dragon’s mass or eke out more performance from Falcon 9 with a more aggressive booster landing further downrange, allowing the Polaris Dawn crew to narrowly beat the Gemini XI record.

If SpaceX went as far as expending a well-worn Falcon 9 booster for the mission, it’s likely that the mission could double or even triple the altitude record. If, like with Gemini XI, SpaceX launched Crew Dragon into an elliptical orbit, it could likely go even higher and easily beat the Gemini record while still recovering Falcon 9’s first stage.

Beyond the aspirational record-breaking altitude, Polaris Dawn will also debut SpaceX’s custom-built EVA (extra-vehicular activity) spacesuits, which are described as an overall upgrade to and replacement for the intra-vehicular (IVA) suits that already routinely protect NASA and private Dragon astronauts. The Polaris announcement is the first time SpaceX has publicly confirmed that it’s developing its own EVA suit. If it happens as planned, Polaris Dawn will mark the first private/commercial EVA in the history of spaceflight.

Finally, Polaris has plans for not one but three private astronaut launches. The second mission will follow in the footsteps of Polaris Dawn – likely with another Crew Dragon flight, though SpaceX and Polaris haven’t settled on a choice yet. The third mission, however, aims to be the first crewed launch of SpaceX’s next-generation Starship rocket and an essential pathfinder for DearMoon, a separate Starship launch contract that aims to send a crew of artists around the Moon as early as 2023.

SpaceX, Polaris reveal plans to launch private astronauts higher than ever before